Starting on international necktie day – October 18, 2021, with the help of their partners and contacts, they started to collect neckties, scarfs, and biographies of influential Croatians from around the world. The idea is to donate one of their neckties or scarfs that they do not use anymore and send a short biography with a message about themselves they want to leave to the next generation, and their signature. Their neckties and scarfs will be curated in a travelling exhibition.

The first exhibit will be at Rochester Institute of Technology Croatia Dubrovnik Campus from June 8 – 11, 2023, and will be a symbolic exhibit as it will namely showcase Dubrovnik’s diplomatic past. The exhibit will then travel to Aspira University College Split on June 15, 2023 before heading to the Zagreb School of Economics and Management on July 7, 2023 in conjunction with the 7th Annual ACAP Conference. As many emigrants passed through Zagreb before leaving in the past century, their exhibit will have an exhibit in Zagreb before continuing its world tour. 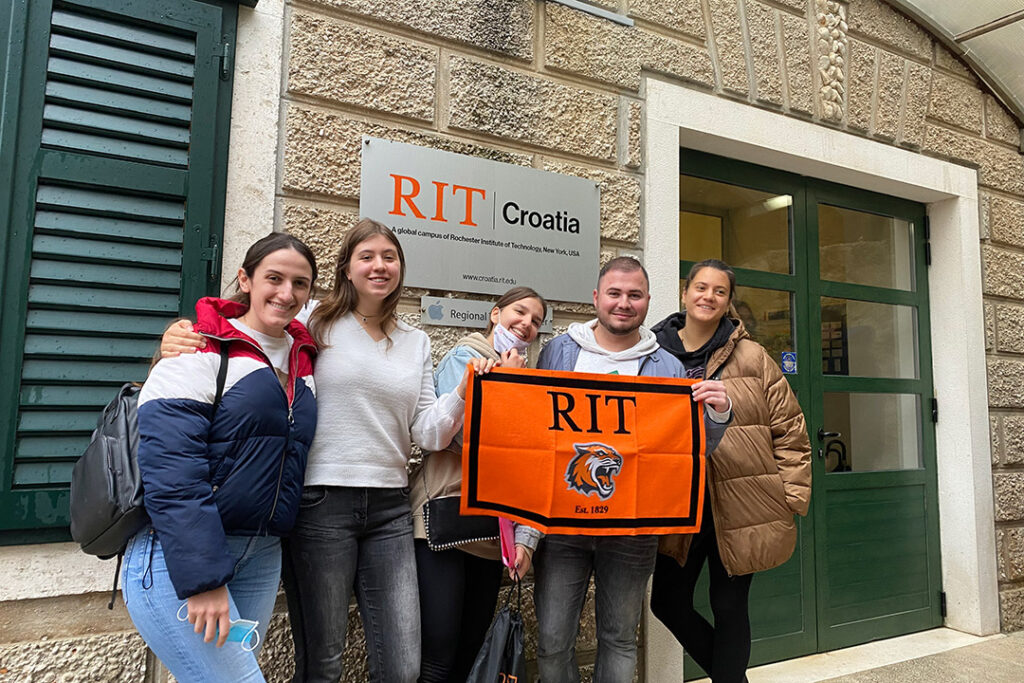 From Zagreb, the exhibit will travel to other Universities and institutions across the world. The purpose of this exhibit is to showcase the Necktie as a symbol of Croatian culture as well as the contributions of Croats to their respective communities around the world and to their homeland Croatia. At the end of the project, organizers intend to create a necktie museum in Zagreb where tourists, as well as Croats and their children, will have the opportunity to learn about influential and successful Croats from the Croatian diaspora who have contributed to creating a positive image of Croatia and the Croatian people abroad. If you would like to donate or contribute to project “Kravata”, reach out to organizers at [email protected] or [email protected]