ZAGREB, 2 December 2019 – The captain of the Wales rugby team, Justin Tipuric (30), has spent the day with local players in the Croatian capital Zagreb.

Tipuric, whose grandfather was a Croat who moved to Wales after World War II, arrived in the capital Zagreb on Monday as part of a three-day visit organised by the British Embassy in Zagreb and the Croatian Rugby Union. 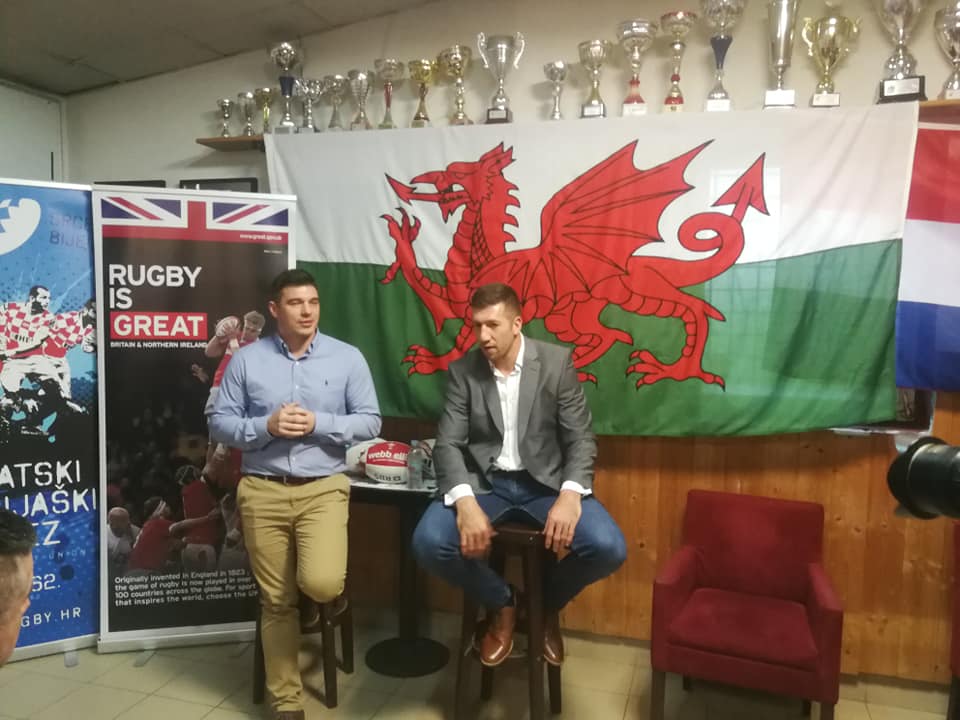 Tipuric first visited the State Office for Sport before turning out at the rugby club in the Zagreb suburb of Rudeš where he spoke and spent time with local players going over some drills. 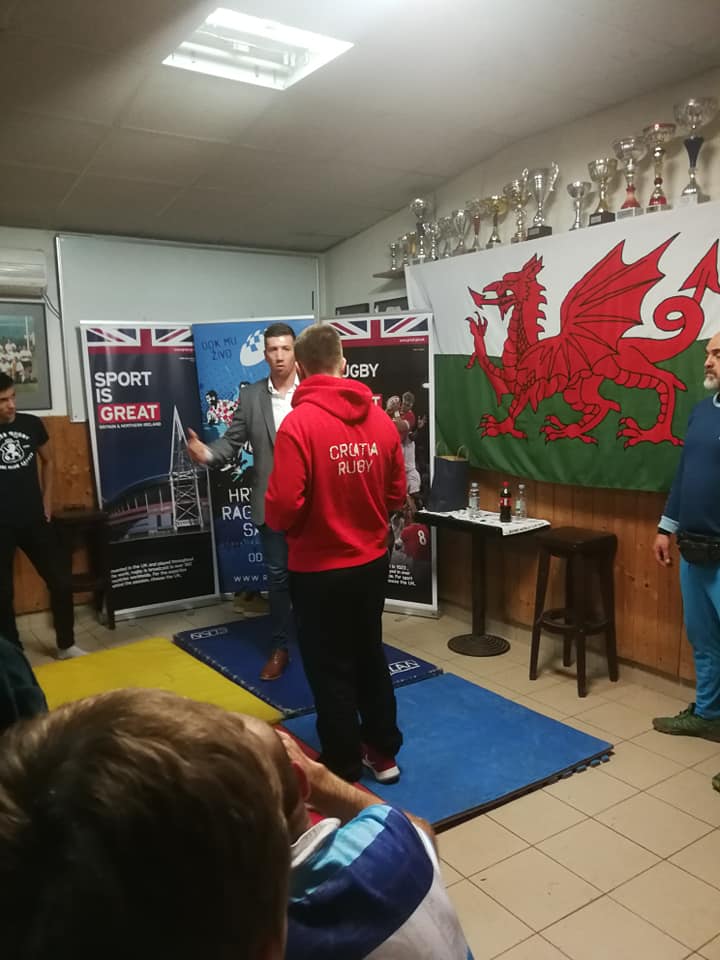 The 6 ft 2 in Welsh-Croatian is in Zagreb with his father Andy and the pair will spend time on their stay also catching up with relatives. Justin’s grandfather, Dragutin, moved to Wales in 1945 but the Tipuric family’s connection with Croatia did not disappear. They regularly come to Croatia on vacation and to visit family, and in 2014, Justin got married in Dubrovnik. Two years ago, Tipuric visited the Nada Rugby Club in Split. Although not a known name in Croatia, in his homeland Wales he has star-status alongside the likes of football stars Gareth Bale and Craig Bellamy.

Tipuric, who has 73 caps for his country, captained Wales against the Barbarians in Cardiff on Saturday which Wales won 43-33. Tipuric was named captain in the absence of regular injured skipper Alun Wyn Jones by new Wales coach Wayne Pivac, who is a New Zealander with Croatian roots also.

Holjevac presents Tipuric with the no.7 jersey in Zagreb (Photo: Croatian Rugby Union)

The Croatian Rugby Union General Secretery presented Tipuric with the no.7 Croatia jersey on Monday.

“When he finishes up playing for Wales, and the International Rugby Union changes the rules to let players play for another country, a spot in the (Croatia) team awaits him,” Holjevac said.

The Croatian Rugby Union may have missed out on the services of Justin but they may be able to attract his 21-year-old brother who has yet to play for Wales and is a talented player.

“He is in the army at the moment and is not playing but soon as he starts again we will be in touch with him,” said Holjevac.