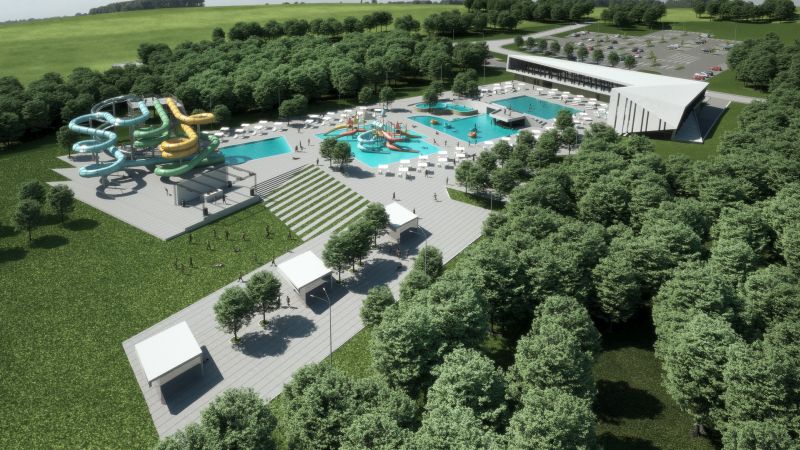 A new water park is set to be built just outside of the Croatian capital Zagreb in Sveti Ivan Zelina.

Aquapark Zelina, located in Sveti Ivan Zelina in the Zagreb County, is set to feature seven various water slides, as well as a mega water slide and other water attractions and hospitality facilities.

The 6 million-euro water park will be located at the site of the former pools in Sveti Ivan Zeleni, which in the second half of last century were one of the most beautiful tourist centres in continental Croatia and a favourite excursion destination for thousands of Zagrebians, Poslovni.hr reports.

The design for Aquapark Zelina was created by ActionPark WaterScapes from Spain and in the first phase, water areas will be built for swimming, relaxation, and slides for adults and children.

No date for the water park’s opening has been announced yet with a final permit application still in process.

More about the water park can be found on the official website.