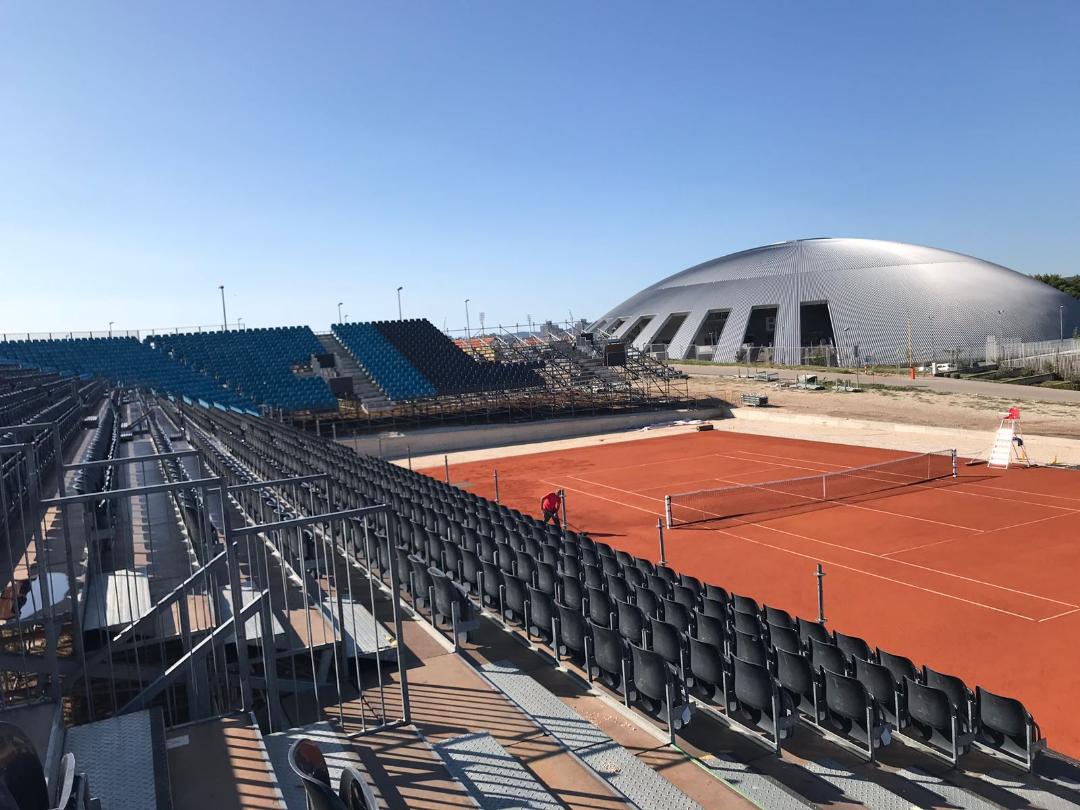 The purpose-built tennis court and stadium at Višnjik Sports Centre in Zadar for Croatia’s Davis Cup semifinal against the USA is set to be completed ahead of time.

The Croatian Tennis Federation said today that work on the purpose-built venue for the clash on 14-16 September will be completed ahead of time. Seating will go completely around the court allowing for a capacity of 8,000 people.

Tickets for the match have already gone on sale via ulaznice.hr. Currently, only package tickets for all three days are on sale but due to big interest from fans, individual tickets are set to go on sale.

“We are planning to sell individual day tickets from the start of next week. Until then only packages for all three days are on sale.”

Croatia is set to be boosted with the return of world doubles number one Mate Pavić. Pavić has not played for Croatia after falling out with management but is expected to be named in the team.

Marin Čilić and Borna Ćorić will lead Croatia in the singles. The winner will play either Belgium or Spain in the 2018 Davis Cup final.