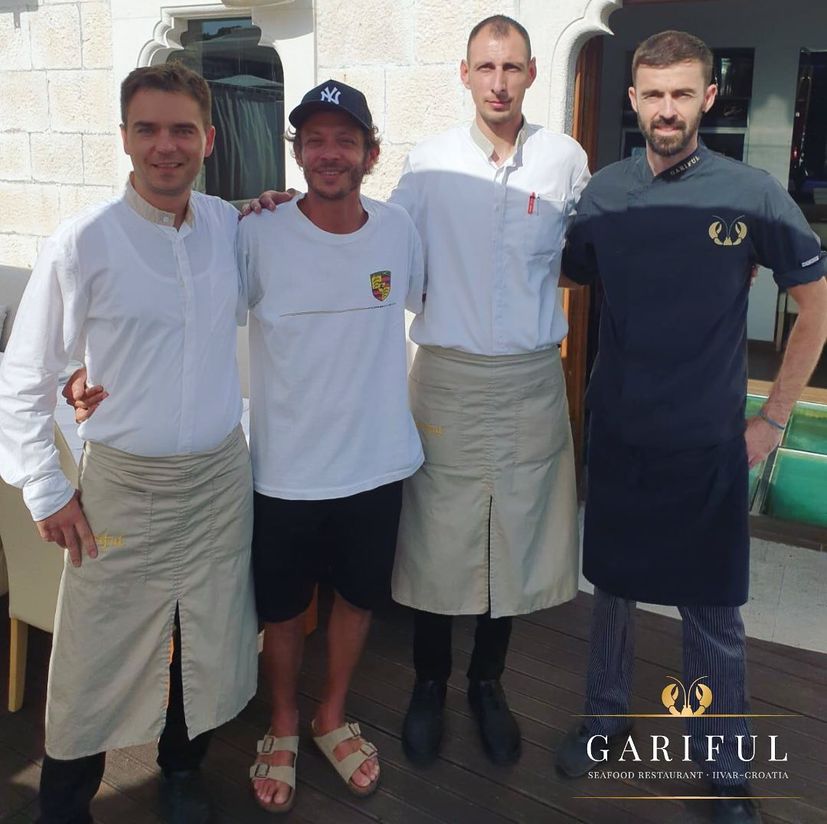 Rossi (42) is currently on the island of Hvar and yesterday he dined at the popular Gariful restaurant.

Rossi is widely considered to be one of the greatest motorcycle racers of all time, with nine Grand Prix World Championships to his name – seven of which are in the premier class. He is also the only road racer to have competed in 400 or more Grands Prix.

Gariful is no stranger to hosting well known names. Located on the very waterfront of the town of Hvar, the restaurant’s excellent position, fish specialities and excellent wine card, have impressed stars over the years like U2, Magic Johnson, Bon Jovi, Charlize Theron and Goldie Hawn.

Gariful, which in the Dalmatian dialect means a carnation, a flower of reconciliation which symbolises admiration, respect and deep emotions, first opened in 1981 and has been a symbol of excellence on the coast.