Home » News » PHOTO: One of the world’s largest superyachts arrives in Dubrovnik 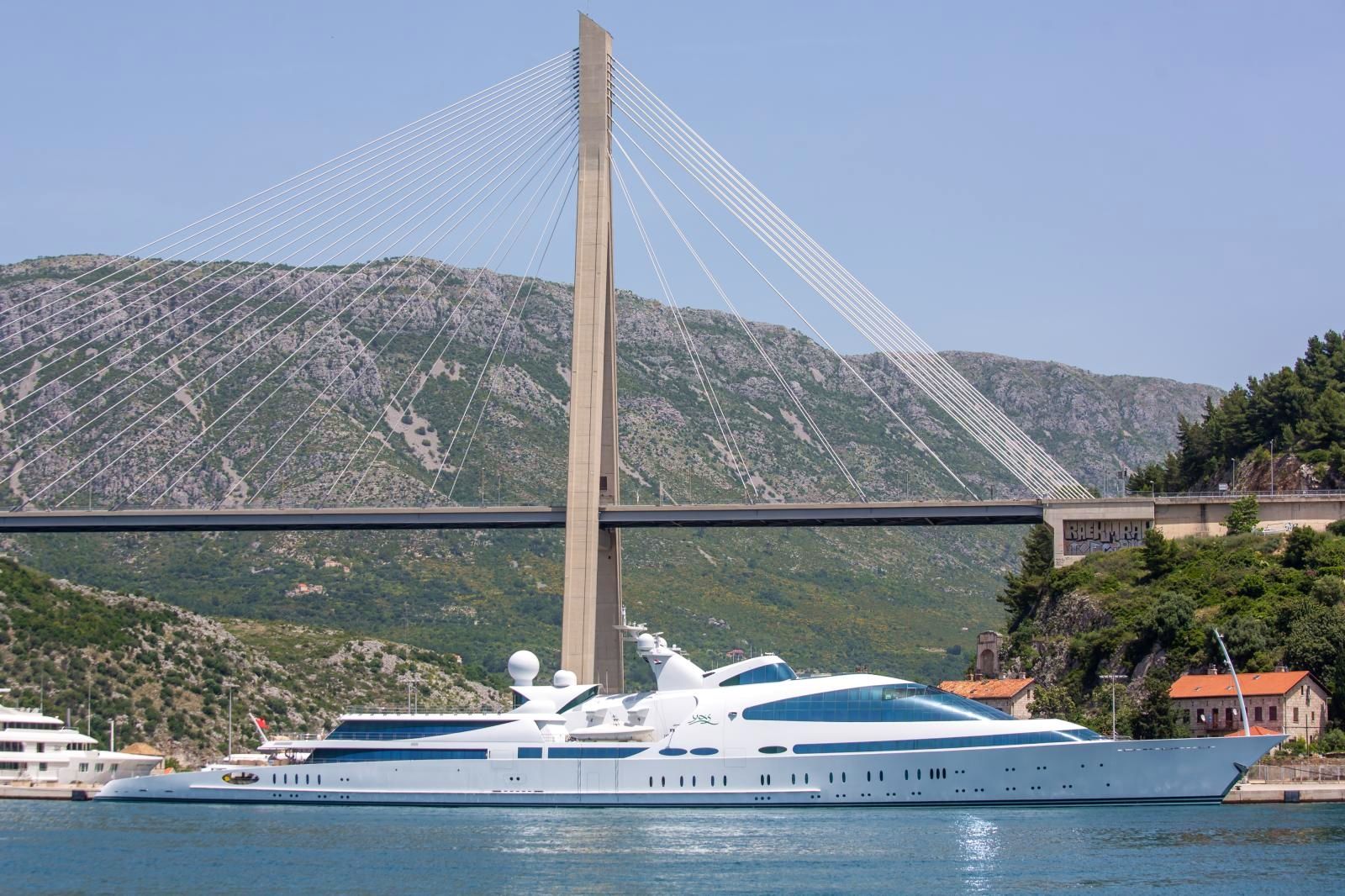 DUBROVNIK, 9 June 2019 – One of the world’s largest superyachts has turned heads in the Croatian city of Dubrovnik today.

The unique-looking superyacht Yas arrived in Dubrovnik on Sunday. Owned by Hamdan bin Zayed bin Sultan Al Nahyan, who is a member of the Emirati royal family, the dolphin-inspired yacht docked at Gruž port in Dubrovnik.

At 141 metres (463 ft) in length, Yas is one of the largest motor yachts in the world. The yacht can reportedly accommodate up to 60 guests in a thoroughly modern interior design. It has a helipad, a pool/spa aft deck and a state-of-the-art audio-visual entertainment system.

The hull and lightweight composite superstructure means Yas can reach speeds of up to 26 knots and has ‘green’ fuel economy. It was rebuilt by ADMShipyards of Abu Dhabi and was the world’s 6th largest yacht when it was launched in 2011.