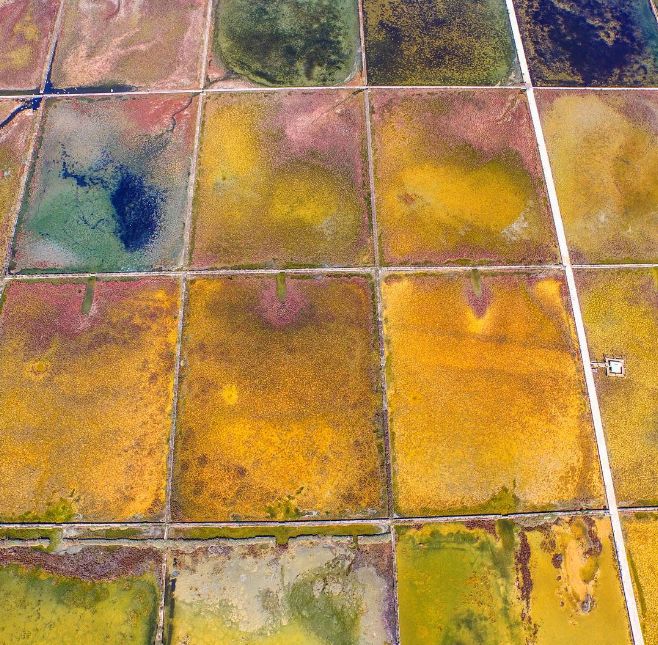 The Nin salt works in the town of Nin on Croatia’s Dalmatian coast are one of the most exceptional salt pans in Europe as salt is still produced in a traditional way and harvested by hand like in Roman times.

Active for over 1500 years, what makes the salt from the pans special is the hours of annual sun hours, the waves of Adriatic Sea and the fierce bura wind from the Velebit mountain. 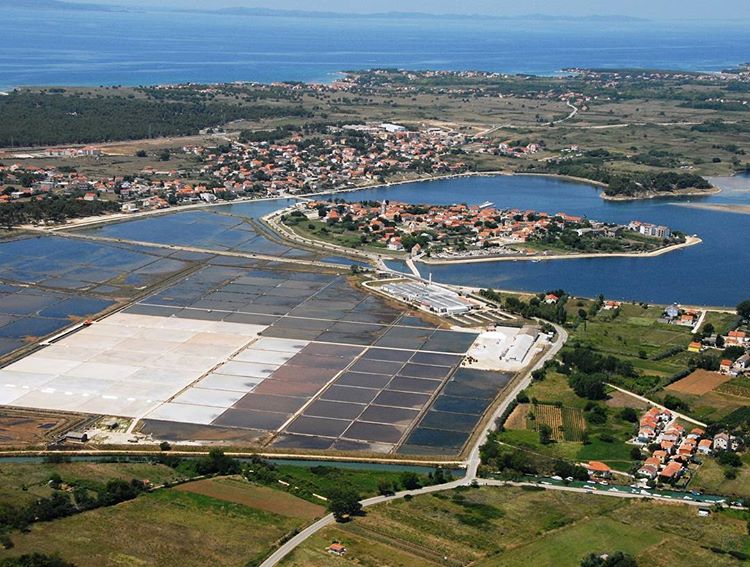 Every year in August the Nin host the Festival of Salt, which celebrates the influence of salt on the town which is located in the Zadar county.

The festival gives visitors a chance to see and get familiar with the salt production traditions in Nin, which is also the only eco-certified salt pan on the Adriatic.

Check out this amazing colourful shot of the Nin salt pans taken from the air by Davor Strenja using a DJI Phantom 3 drone posted on Instagram this week.

Ninski Cvijet Soli – the Nin Salt Flower – accumulates at the bottom of the salt pan and the flower of salt remains on the surface, like a fine crystal united with the sea. It is gently picked by hand and specially designed wooden tool, similar to rake.

The flower of salt is a mineral-rich mixture with precise physical-chemical characteristics.