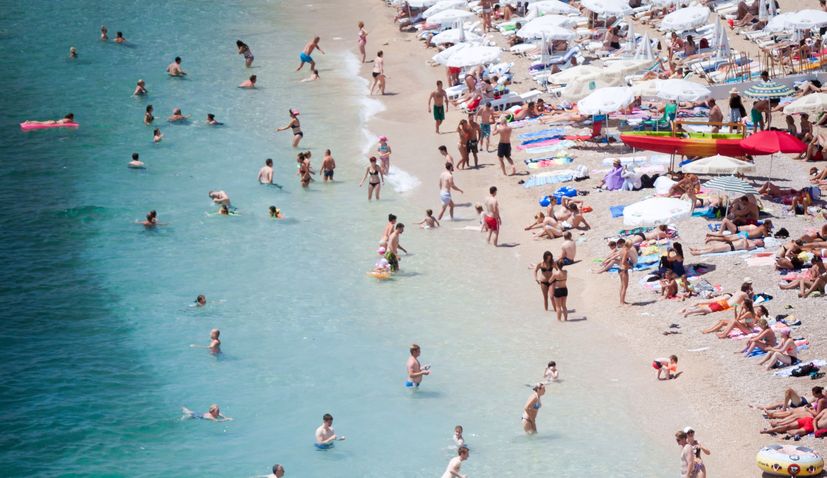 ZAGREB, 24 June 2021 – Over 330,000 tourists arrived in Croatia from Friday, June 18 to Wednesday, June 23 with 1.6 million overnight stays recorded in that period, the Croatian Tourist Board reported citing data from the eVisitor system.

Out of the total number of overnight stays, foreign tourists realised 1.2 million of them whilst domestic tourists accounted for 335,000.

The average daily number of tourists over the past five days was 313,000, while in the same period last year it was lower by about 104,000.

Looking at the destinations, the highest number of overnight stays last weekend was in Rovinj (85 thousand), Poreč (54 thousand) and Vir (47 thousand). According to the type of accommodation, most overnight stays were realised in private apartments, camps and hotels.

“Demand for Croatia as a responsible tourist destination is continuously growing, which is why the daily number of tourists has increased by about 200,000 since the beginning of June, and 330,000 new tourists came to Croatia during this extended weekend alone. A good epidemiological situation remains crucial and in the months ahead we therefore call on all tourism workers, tourists and all our fellow citizens to continue to adhere to epidemiological measures. Only in this way can we maintain the status of a safe destination and contribute to the best possible season, because safe tourism is successful tourism,” said the Minister of Tourism and Sports Nikolina Brnjac.

From the beginning of the year until today, there have been over 2 million arrivals and 8.4 million tourist nights in Croatia, which is growth of 57 percent in arrivals and a growth of 58 percent in overnight stays compared to the same period in 2020.

“With about 4.4 million overnight stays in June, we exceeded the tourist turnover in the same period last year by more than 80 percent, and most arrivals are recorded from the markets where we are currently conducting our main call campaign this year” Trust me, I’ve been there “. The current number of tourists in the country show that Croatia is once again one of the hit and safest destinations in the Mediterranean. We are facing the main summer months in which we expect even more intensive tourist traffic, and I once again call on our citizens and tourist workers to behave responsibly and adhere to prescribed measures because the favourable epidemiological situation in the country is a basic prerequisite for a successful tourist season,” said CNTB director Kristjan Staničić.