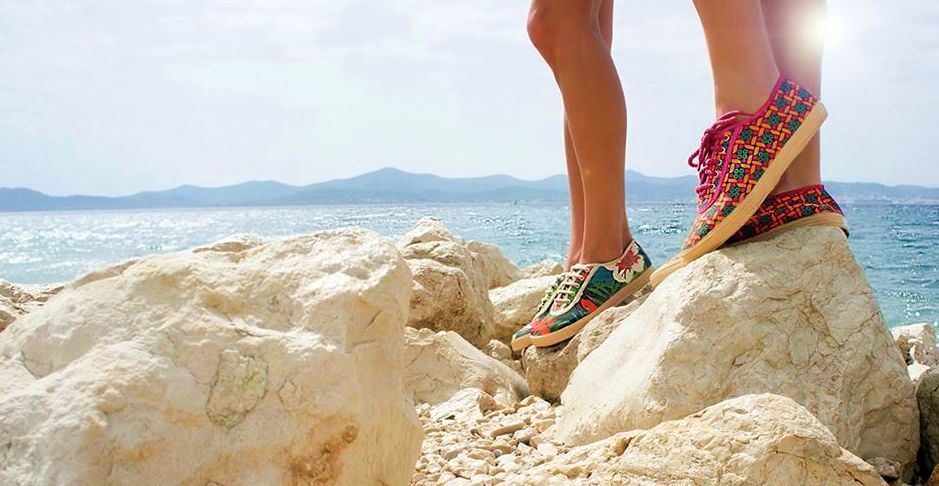 Created by Croatia’s oldest shoe manufacturer, Borovo in Vukovar, Startas sneakers continue to be crafted in the same factory in which they originated in 1976…

With features in the fashion bible Vogue, Startas and Borovo have attracted some attention internationally recently. This weekend another major publication, The New York Times, featured what they called the ‘playful sneaker brand with plenty of history’. The article, which was also published in New York Times Magazine on Sunday.

“Once prosperous, Vukovar remains something of a post-apocalyptic ghost town. But 40 years after Startas first launched, the label has come back to life. Today, its retro, natural-cotton-and-gum-rubber sneakers are still handcrafted in the same (albeit now bullet-scarred) factory, and as of recently, you can also purchase them Stateside. Colorfully adorned with emblems such as unicorns and licitar hearts, the Croatian folk design traditionally used to decorate holiday cookies, they’re both a playful reminder of sweet youth and a symbol of the city’s undying endeavor to bounce back”, writes The New York Times. Both women’s and men’s spring/summer collections have been available for sale in the United States at  www.startas-usa.com since May 2015, and Croatian-American entrepreneur Robert Grgurev, who is Startas’ US-based president, told The New York Times that in the mid-1970s, in lieu of Western sneakers like Converse and Superga, Startas were introduced.

“Every cool older kid or college student had at least one pair”, he says, until production came to a halt during the homeland war in the early 1990s. “It will take multiple generations to be able to recover what they once had,but we are hopeful that rebuilding Startas is a big step”, Grgurev concluded.