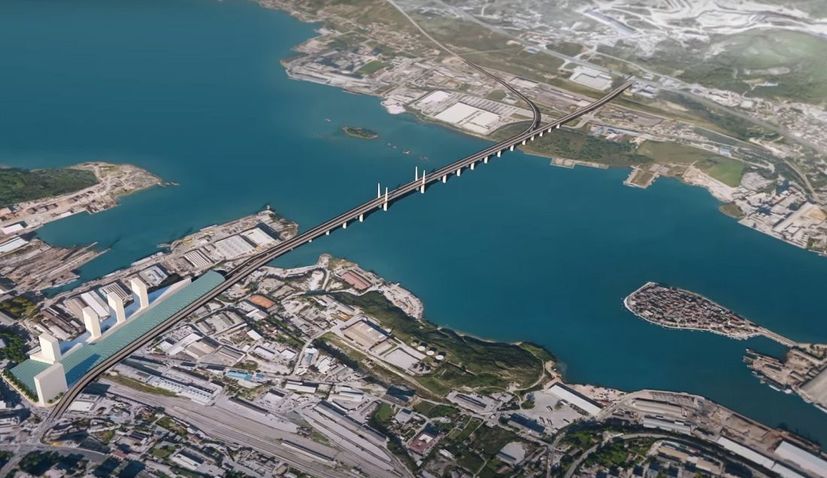 Croatian Roads will announce a tender for the technical and design solution for a new bridge over Kaštela Bay, which will connect the city of Split and Kaštela.

The bridge will also represent the fastest connection of the second largest city in Croatia with the highway, this state-owned company confirmed for tportal.

The new bridge is part of a wider project called ‘New entrance to Split’, and it includes the construction of a new road from the Vučevica intersection on the highway, through the Kozjak tunnel and over the two-lane road to Kaštela, then over the aforementioned bridge to Split and finally to its ferry port.

It is worth several billion kuna and four years ago it was included on the list of strategic projects of the Republic of Croatia, tportal reported.

It was announced that the part from Vučevica to Kaštela will be financed by Croatian Roads from its own resources, including the tunnelling through Kozjak, and for that part of the investment, public procurement for the execution of the works has already been initiated. The documentation of the bridge itself will be prepared for financing from European funds.

In addition to the traffic connection of the congested Split agglomeration, the ‘New entrance to Split’ should bring a twenty-kilometre shorter journey between Split and Zagreb, and finally enable Kaštela to have a direct connection with the highway.

In addition, it will bring a new road access to Split itself, a city located on a peninsula, which has been dependent on two roads on its eastern part for decades.

How the future bridge, which will be around 1.5 kilometres long, will look will be known once the tender is complete in 2023. Completion of the entire project is not expected before 2027.