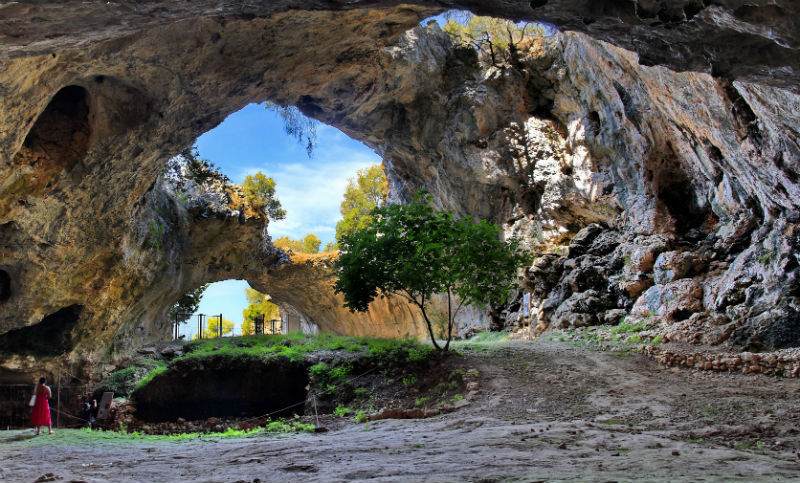 On the south side of Mt. Pinski rat, which is located above Kale bay in Vela Luka on the southern Dalmatian island of Korčula, lies a cave that has become one of the most important archaeological sites in the whole Europe.

Vela Cave (Vela spila or špilja) is a phenomenal natural attraction. About 250 square meters or around 20 percent of the cave area has been explored so far. Even though it was examined to a depth of 5 meters, the bottom of the cave has not yet been reached.

Limestone wall vaults the room lit by several large roof openings, caused by natural collapse, through which the natural light enters. The entrance to the cave is 1 to 10 meters wide and 4 meters high. Facing south, the entrance offers a spectacular view of the bay and Blatsko field. The cave is 40 meters long and is oval in shape, with a slight slope toward the inside. 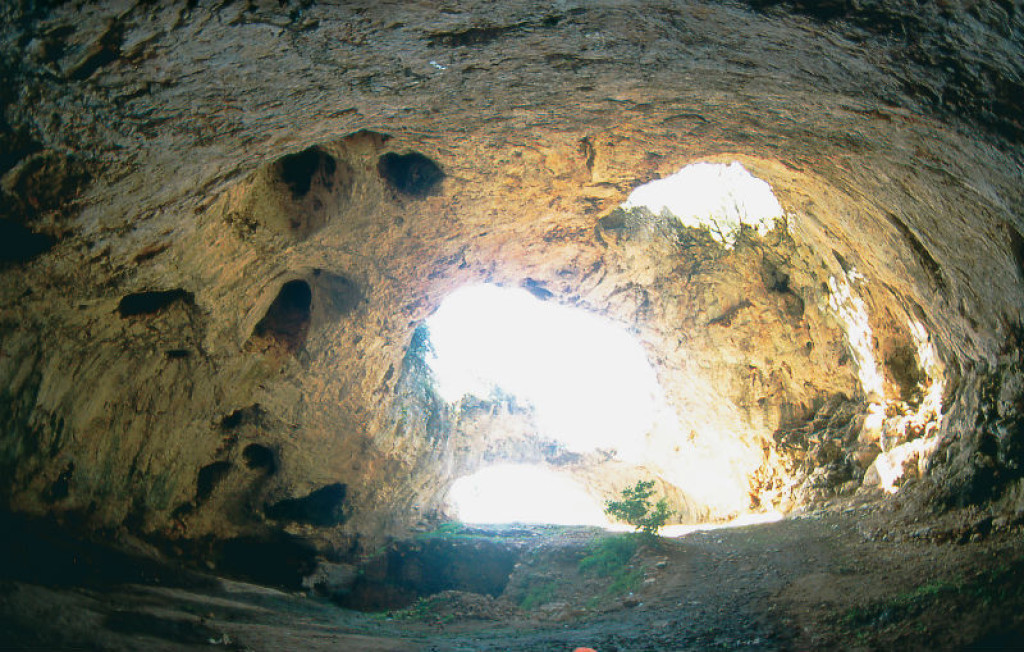 For many years Vela cave was the only natural attraction on the island. Settled near Vela Luka, this was the place to explore the Earth’s interior structure and rocks. In 1951, the first serious research had begun.

It was discovered that the Vela cave served humans as a shelter and a refuge from the bad weather for thousands of years, but also as a place to live. From the deepest explored layers parts of ceramic, stone and bone artifacts belonging to the Upper Paleolithic period were found.

Ceramic figurines of animals date from 17,500 years BC and show the tradition of decorative objects made of ceramics. The technique and style are compared to the remains discovered at the sites in the Czech Republic, dating back around 30,000 years BC. 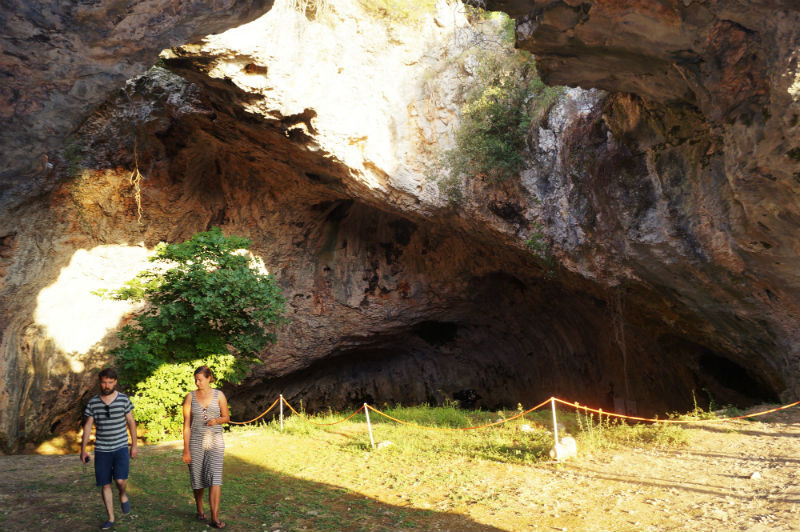 Why are these findings important?

Until the findings of pottery fragments in Vela cave, it was thought that people started pottery when they left the nomadic way of life, primarily to make ceramic dishes. This finding has suggested that people had began making ceramic figurines long before it was thought.

With a multitude of pottery, two children’s grave, aged 2 to 4 years were found. The skeletons were found lying on their side in a contracted position and large rocks placed nearby suggests the existence of grave architecture. But these are not the only graves found in this cave. 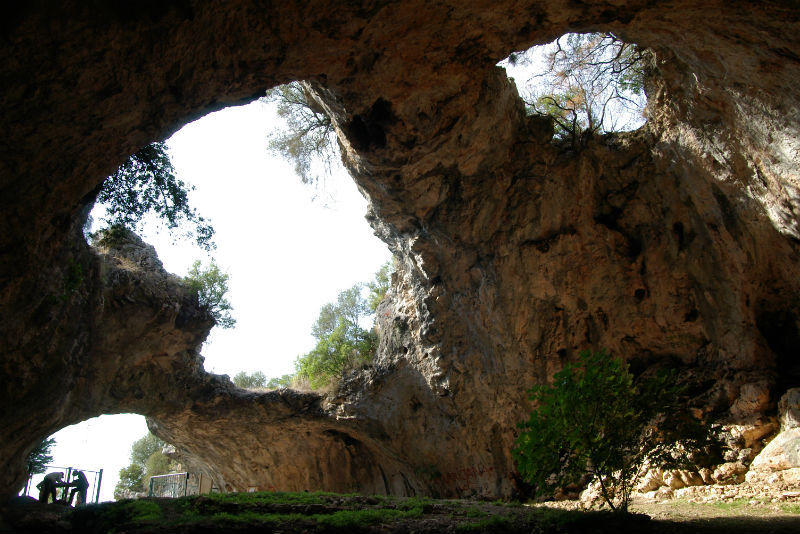 During the excavations in 1985 two other graves with skeletons were found and two bodies were buried with pottery fragments from Hvar. The position of the skeletons is somewhat specific. They were lying on the stone construction in a contracted position, with their heads tilted to the side.

One of the deceased was holding ceramic dishes typical for the Hvar culture. Around one of the skulls, a range of marine snail was arranged. These uniquely well-preserved tombs represent an extraordinary example of burial on the Adriatic islands. Locals named these skeletons Dida and Baba (grandpa and grandma on Dalmatian dialect).

Around 250 square meters has been explored so far, which is about 20 percent of the area of ​​the cave. Having dug to a depth of about 5 meters, not one spot reached the bottom of the cave. This suggests that many interesting surprises await the archaeologists. 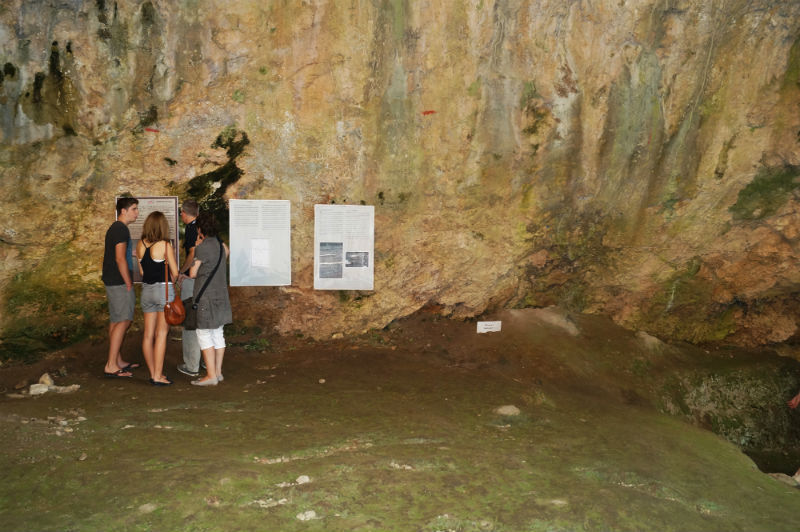 Objects discovered in Vela cave are kept in the museum collection of the Cultural Centre in Vela Luka. Only a small portion of the thousands of excavated objects is exposed. 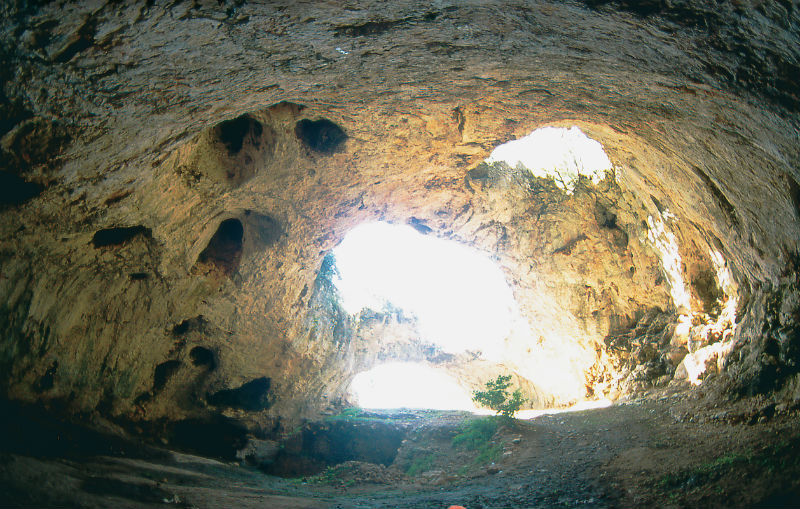