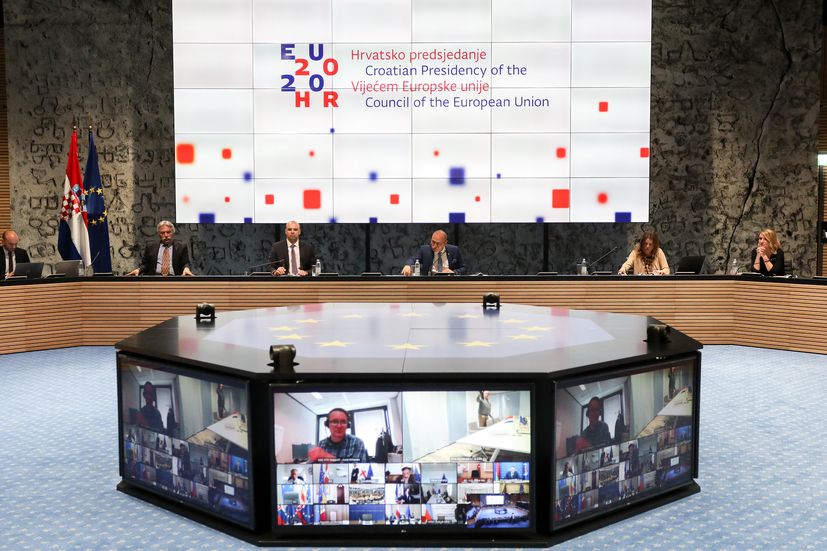 ZAGREB, June 12 (Hina) – Freedom of movement and restoring travel in the EU should be implemented gradually and cautiously in order to avoid an increase in the number of COVID-19 cases, member states’ foreign ministers agreed on Thursday.

After a video conference on tourism on May 18, they discussed standards and measures of protection from the spread of the novel coronavirus during the summer.

“We agreed that it is necessary to gradually and cautiously restore freedom of movement, bearing in mind the importance of tourism for the states’ economies,” Croatian Foreign Minister Gordan Grli Radman told reporters after the meeting.

It is important that “the launch of tourism activities doesn’t bring an increase in the number of infections in the state of origin, transit or destination,” he added.

The ministers discussed deadlines and conditions for restricting movement, measures which states plan to take to ensure safe travel and safe accommodation, and mechanisms to use in the event of a new pandemic wave.

Grlic Radman said 100,000 tourists had entered Croatia. “Constant and clear communication with citizens is necessary” so that they obtain the necessary information, he added.

Asked if a unified action protocol had been agreed in case contagion spread, he said it had but did not provide details.

“We can’t anticipate things,” he said when asked what would happen if a hotspot occurred.

Earlier on Thursday, the European Commission recommended lifting border controls within the Schengen Area as of June 15 and travel restrictions for citizens of Albania, Bosnia and Herzegovina, Kosovo, Montenegro, North Macedonia and Serbia as of July 1.

The Commission also recommended progressively opening borders for other third-country citizens in accordance with their epidemiological situation.