Home » Business » Made in Croatia: The brothers behind the super-ecological Miret sneakers selling around the world 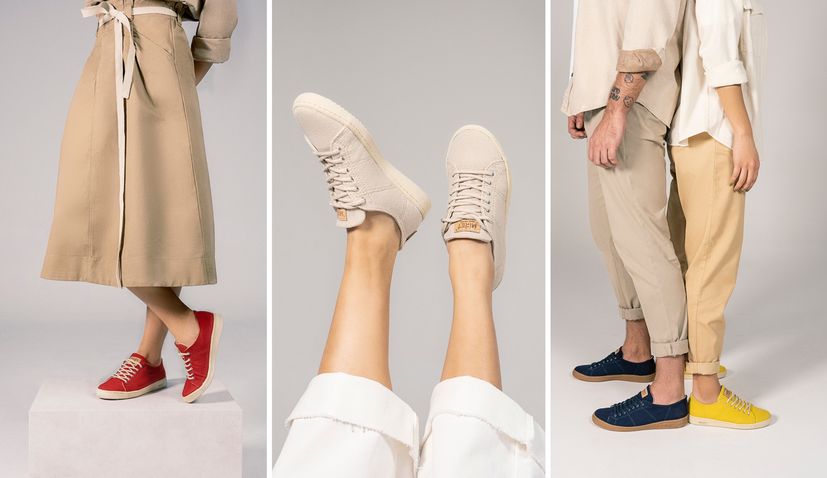 Miret sneakers – made in Croatia

Just over five years ago, Domagoj and Hrvoje Boljar, brothers from Duga Resa, a town just outside of Zagreb in the Karlovac county, launched their Miret sneaker brand. Today we can say it is one of the most successful startup fashion projects that has happened in Croatia in the last couple of years.

Creating environmentally sustainable ‘made in Croatia’ sneakers was their guiding line when starting the brand. When it comes to the domestic Croatian market it was a nice step forward in entrepreneurial vision. Although, their target audience far exceeds Croatia’s borders.

Hrvoje, an industrial designer, and Domagoj, an economist, grew their business experience in the world of footwear with their father Josip Boljar, who spent his entire life working in the footwear industry. His most famous footwear brand was Mr. Joseph, whose shoes he designed and manufactured himself in his factory in Duga Resa. Although Domagoj and Hrvoje went twice in the direction of their own production, they were forced to close both companies due to a drastic drop in orders.

However, this did not stop them from searching for a successful entrepreneurial model. Five years ago they started developing sneakers that do no harm to the environment or humans and are made of 97% natural materials.

“We have been a part of the footwear and fashion world for years, as we have been developing sneakers for various European brands. Also, we got a rare opportunity to get to know the dark side of the industry, which is little talked about – the environmental damage as a consequence of the material production industry, but also the habits that consumers in the industry cause to the environment. We were part of the problem and we decided to direct the experience and knowledge so that we became part of the solution.” Domagoj said regarding the idea to start with eco sneakers production.

And so the Miret ecological sneakers were created from as many as 10 natural materials – hemp, kenaf, flax, cork, wood, corn, jute, eucalyptus, rubber, and 100% natural wool from New Zealand certified to the strictest environmental certificates in the world for animal and environmental safety. Last year, the Boljar brothers received investment support from the Fil Rouge Capital fund for their Miret project, and so far they have invested around 250 thousand euros in design and production. In early March, they launched the second collection of their comfortable and durable soft sneakers on the Kickstarter funding platform. “We took a long time to prepare for the campaign and launched it exactly 8 days before the WHO declared a pandemic. We can say that we were lucky cause we launched the campaign at the last minute. In the first 8 days, we raised $ 65,000, which stagnated until the end of the campaign due to the new crisis. We are very pleased with the result as our efforts did not fail. We have created a good foundation for surviving the crisis and further development of the project and the brand” Domagoj told me about the current situation that stopped the global economy market. This way their second Miret collection was stopped just at the moment it was about to be presented to the wider market.

New Miret collection offers four lines: Hempies, Woolies, Fluffies, and Veggies. Each eco-friendly sneaker is made out of identical natural materials, but what sets them apart is their outer material. Hempies sneakers are made of 100% pure hemp, which is naturally breathable, strong, but soft, antibacterial, not colored and is grown on eco plantations. 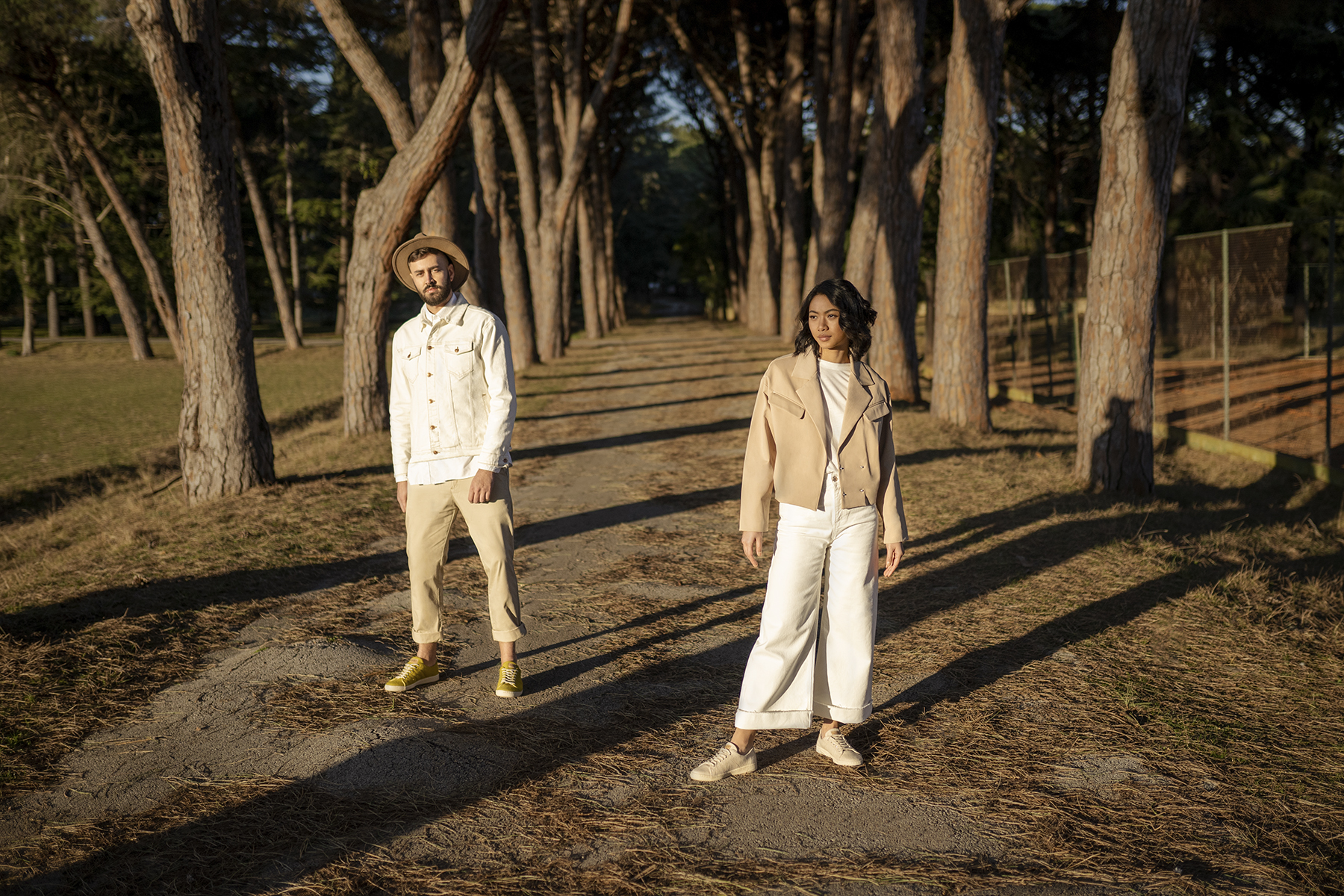 The outer material of the Woolies and Fluffies models is 100% wool that can be worn in all weather conditions. Both are certified by Oetko-texâ, EU Ecolabelâ certificates, and Woolies and Veggies are even Cradle to CradleÔ certified. Veggies Miret sneakers are made of biodegradable textile that is strong and durable and can be completely composted, the sole of Miret sneakers is one of the softest and most flexible in the world. It does not contain synthetic rubber and is made of 100% natural latex from a rubber tree. The insole is made of cork, is protected by natural textiles and has a food safety certificate – so your dog can chew them safely. 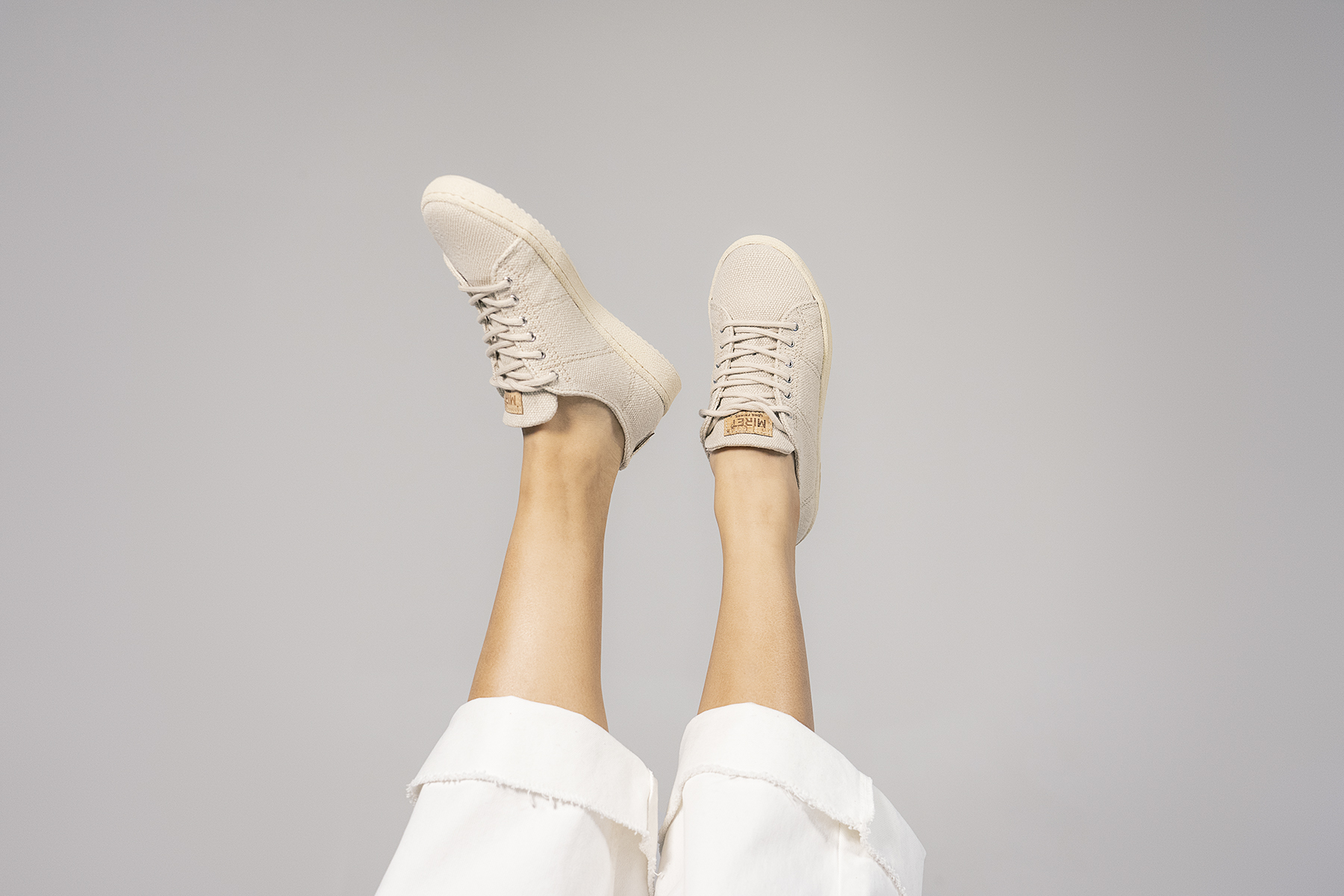 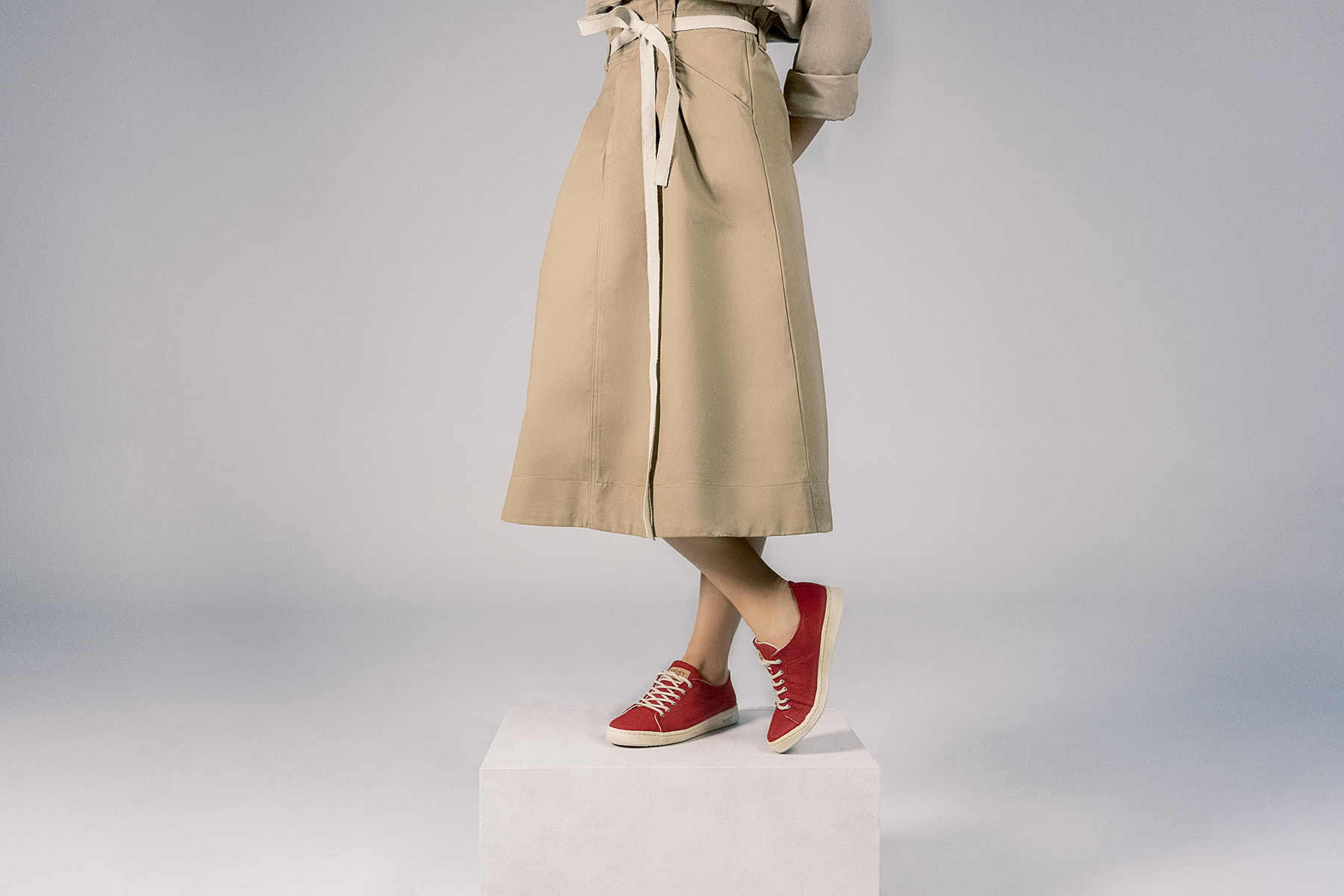 How did the crowdfunding campaign go and which market had the best response, I asked Domagoj. “The Kickstarter campaign was supported by ‘backers’ from all over the world, especially from Croatia and neighboring Slovenia. As we assumed before the campaign, the strongest response was in the USA and Germany. We are growing despite the crisis. The great support given to us by the ‘backers’ on Kickstarter is a great motivation to continue our journey. We will continue to work on the promotion mostly through our social media profiles and continue to build our community. We are currently preparing the production of sneakers for our ‘backers’ from the campaign and we are producing certain quantities for sale on our ‘webshop’. So far we have not had any obstacles or problems, and while we produce sneakers we hope that the situation will normalize as much as possible in the lives of all of us. 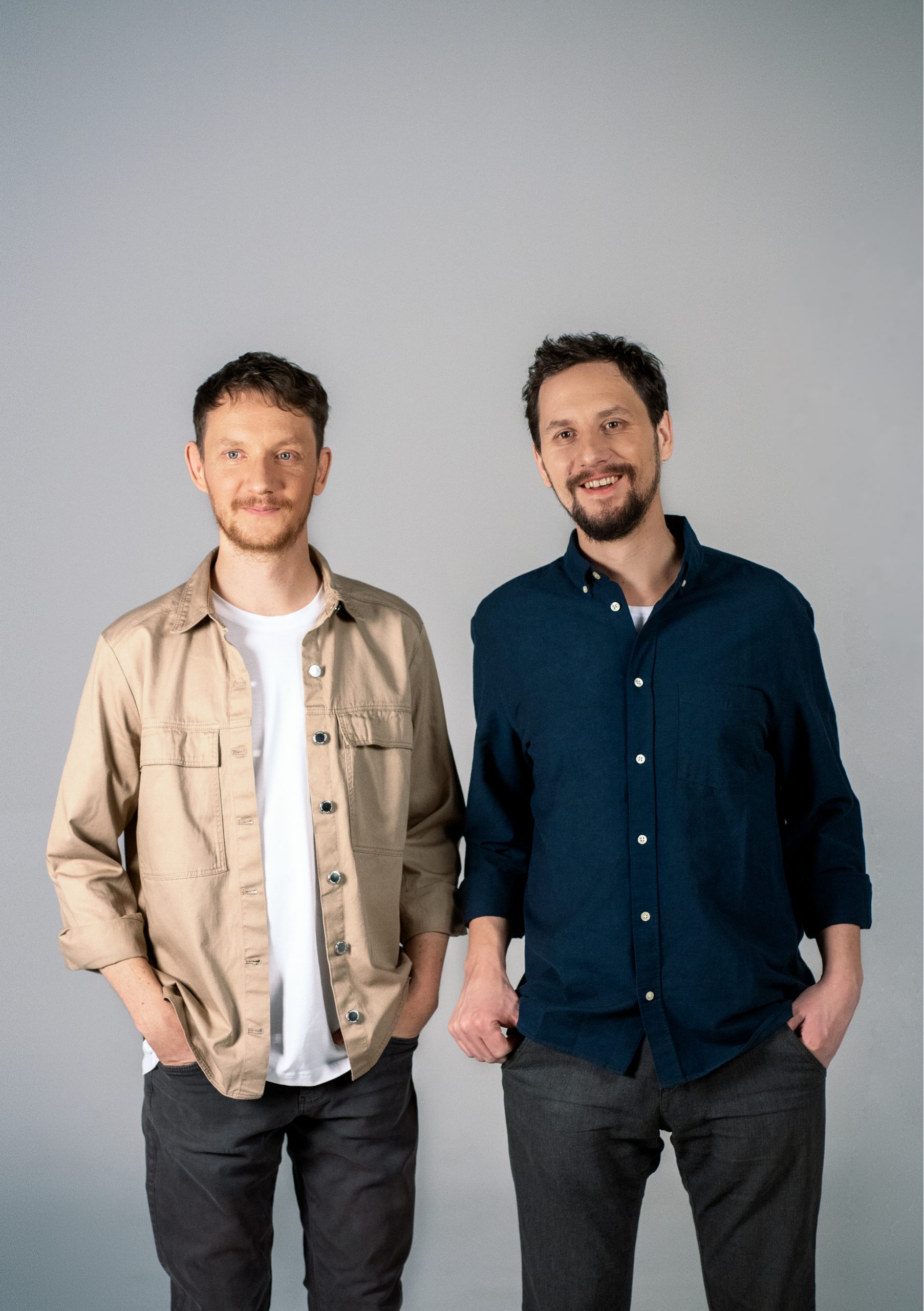 As the world is changing, these guys from small Croatian town of Duga Resa are a part of a positive change towards sustainable living. If you want to support them, check out their website Miret.co where you will find their line of comfortable eco-friendly sneakers.