Home » News » LA to Zagreb: Friends quit jobs and head to the Motherland 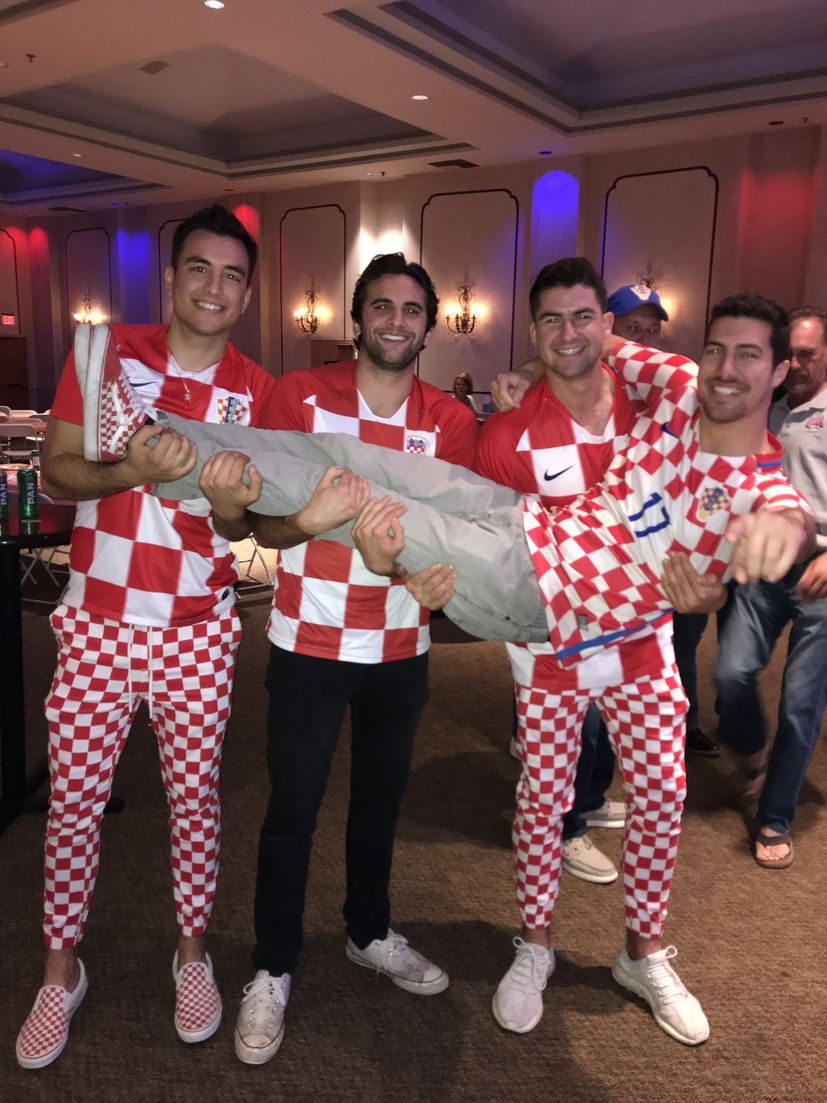 Lots of Croatians in the diaspora often dream about chucking the job in and heading over to the Motherland to discover more about the country of their ancestors.

Whilst some dream, two 24-year-olds from Los Angeles have exactly done just that. Stanko Zovak and George Dulcich packed in their day jobs and headed off to the Croatian capital Zagreb where we caught up with them.

But first a bit about their back-stories.

Stanko is a comedian, musician, and entrepreneur. His father’s parents were born and raised in Veljaci, Ljubuški and went out to the United States as young adults.

They went to Cleveland where there is a large Croatian population, but decided to move to another big Croatian community in Los Angeles where the weather is a lot warmer.

Stanko’s mom is American with Italian and German heritage. 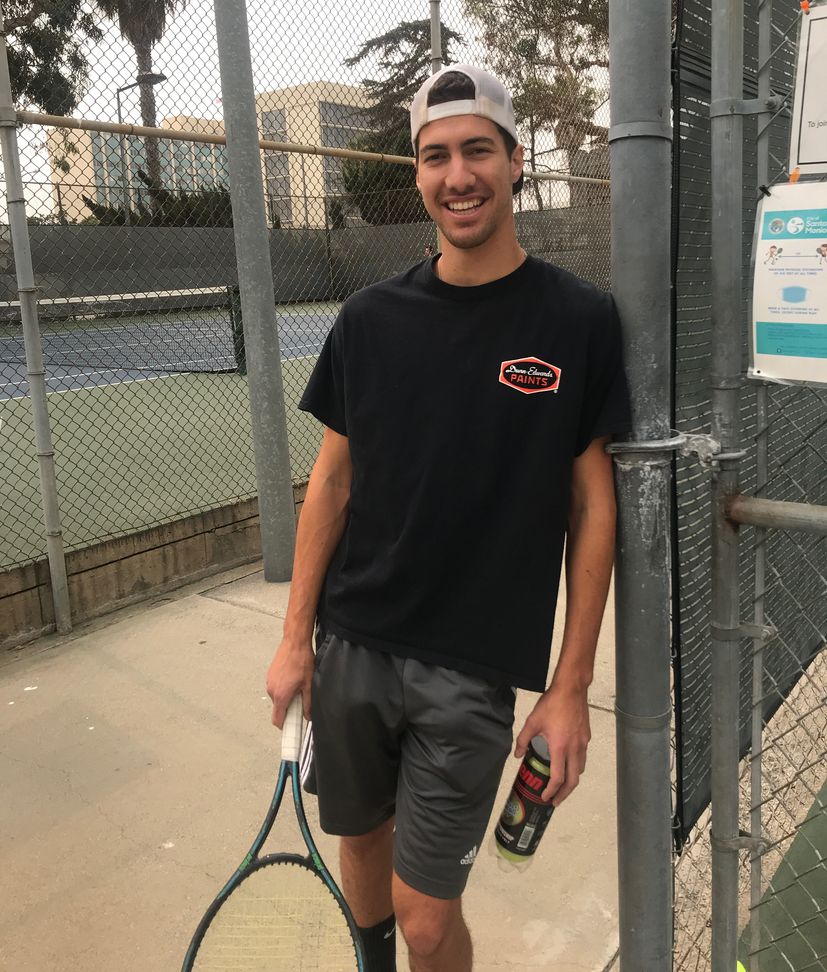 Like Stanko, his good friend George is also comedian and writer from Los Angeles, California.

“My maternal grandparents were both born in Los Angeles but to Croat parents. My Baba’s (Lucy Lamat) parents came from Konavle and my Đedo’s (Anthony Artuković) parents are from Klobuk, Ljubuški, Hercegovina,” George says. 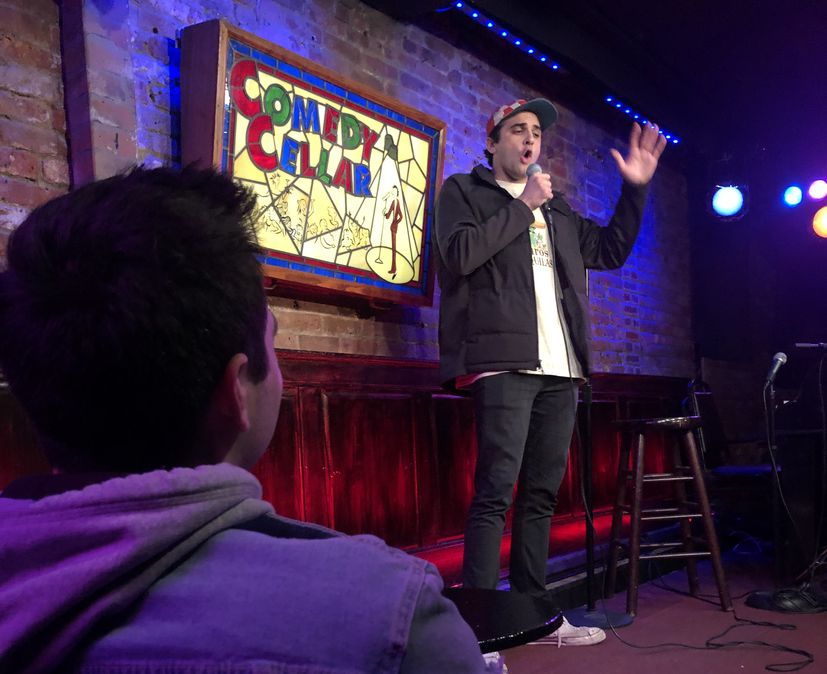 Being connected to Croatian heritage growing up in LA

“We were very connected with our heritage back in LA and that really fueled us to want to come here and discover Croatian life for ourselves. Our Baba’s would always tell us stories and cook traditional foods, and since we were a part of our Croatian parish, we would go to Mass and other events and we had a lot of friends with Croatian roots like us. We felt like learning the language was a very important step in our culture that we were never able to accomplish and that’s the main reason we wanted to drop everything and move to Zagreb for an extended period of time,” the pair say.

Stanko and George say that the Croatian community is very tight and that it seems everybody knows everybody which creates a great sense of community and belonging.

“We are always having events at our Saint Anthony’s Croatian Catholic Church there, whether it be mass, our annual Croatian Picnic, special holiday celebrations, sports watch parties, or Jole concerts in our main hall! It was this sense of belonging, community, and pride that made us want to come out to Croatia in the first place. And of course, since we all have that one Teta who seems to know everybody, the community quickly found out about our big move and was very supportive and excited for us!” 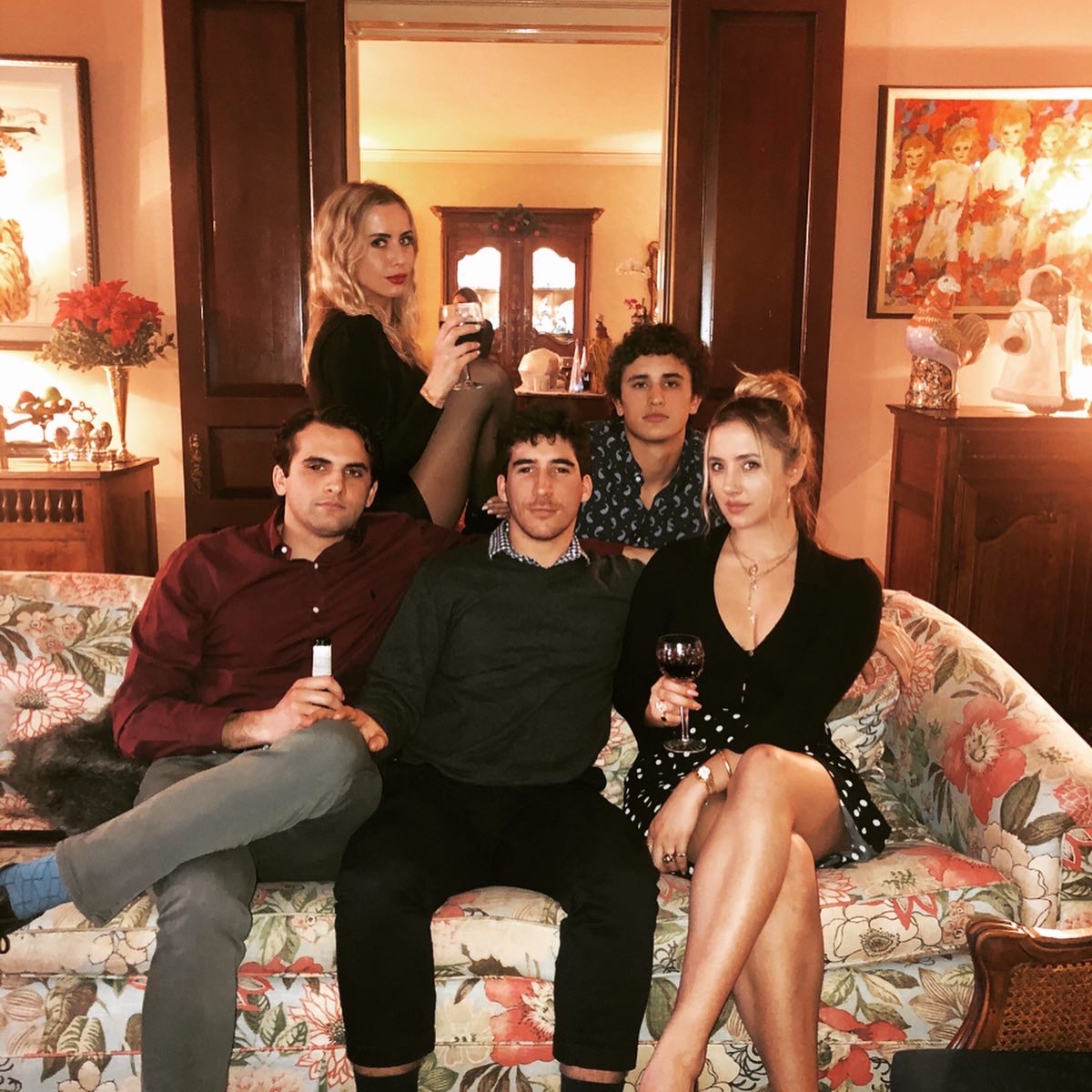 Stanko and George are both involved in LA Vatreni, a group founded by LA Croats.

“LA Vatreni was founded with the purpose of bringing the Los Angeles Croatian community together. It has since evolved into posting news, promoting upcoming events, sharing videos, and everything else Croatian related. LA Vatreni has helped put on and promote events like our Croatian picnics and our World Cup watch parties! The watch party for the World Cup Final had over 3,000 guests and our celebration of Perišić’s equalizing goal was featured on the global Fox broadcast. 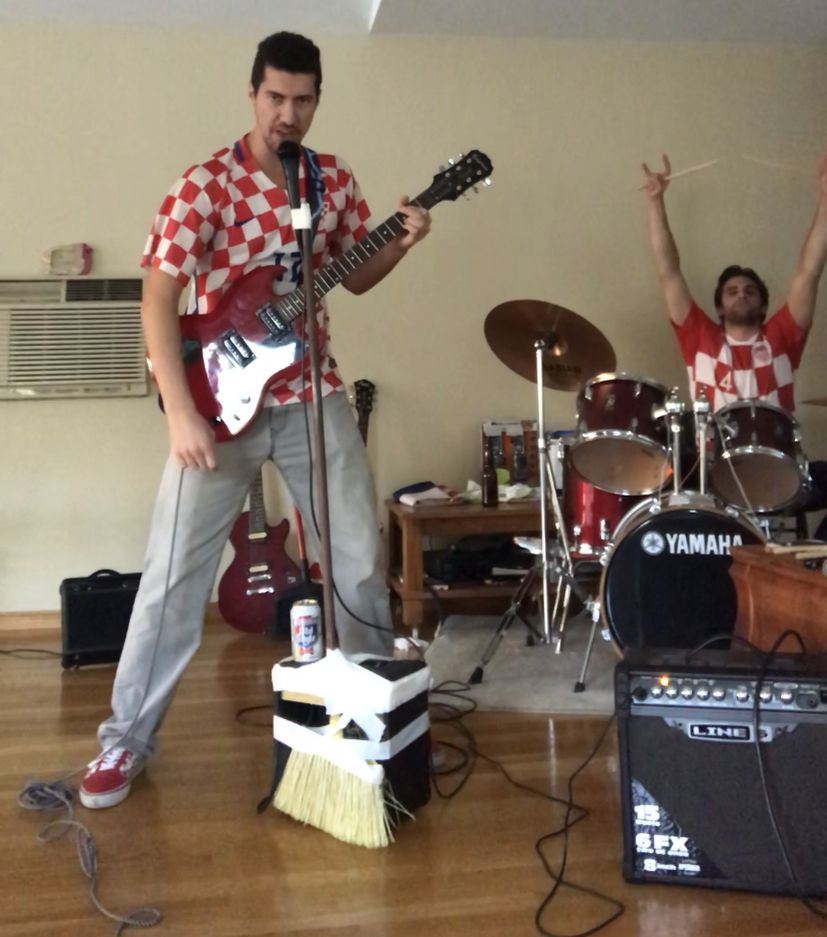 Stanko on vocals and George on drums (Private album)

This is not the pair’s first time in Croatia and both have visited before for holidays.

“Unfortunately, having my parents and two sisters with us all working or going to school and being active in sports, music, and other ventures, it was difficult to find time to all vacation together. Luckily we were able to travel to Croatia as a family twice and I got to see my relatives and visit a lot of the cool spots and cities Croatia has to offer! One of my favorite places is Plitvice because of the stunning beauty and incredible sights. I also ended up randomly meeting people in the village near there who happened to be cousins with our mutual friends from Los Angeles! Of course, I also love the coast and Makarska is another of my favorite places. It is so incredible to be swimming in the sea and seeing the city with Biokovo mountain behind it,” says Stanko. 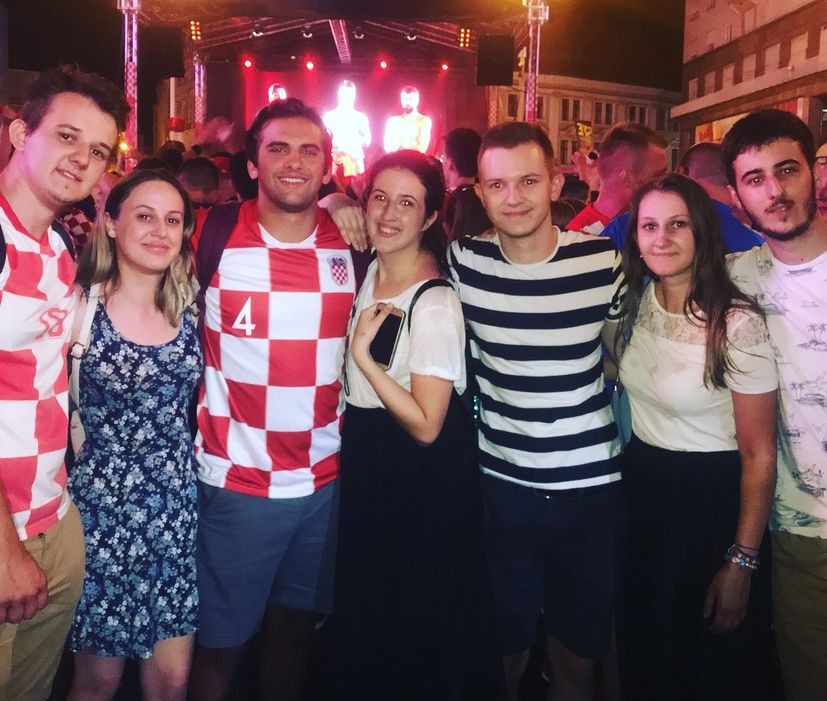 “Similar to Stanko I come from a big family (one of four kids) so planning family trips during active summer’s wasn’t easy. I still managed to visit Croatia a couple times before this stay. Luckily for us our cousins from Croatia would also come and visit us in America so we were able to form close bonds growing up between the visits back and forth. We basically had our own exchange program! I’ve really enjoyed living in Zagreb this time of year there’s a lot to do. Hvar is beautiful and always a great time. Sometimes I wonder why my grandparents left to go to Bakersfield, California!,” George adds. 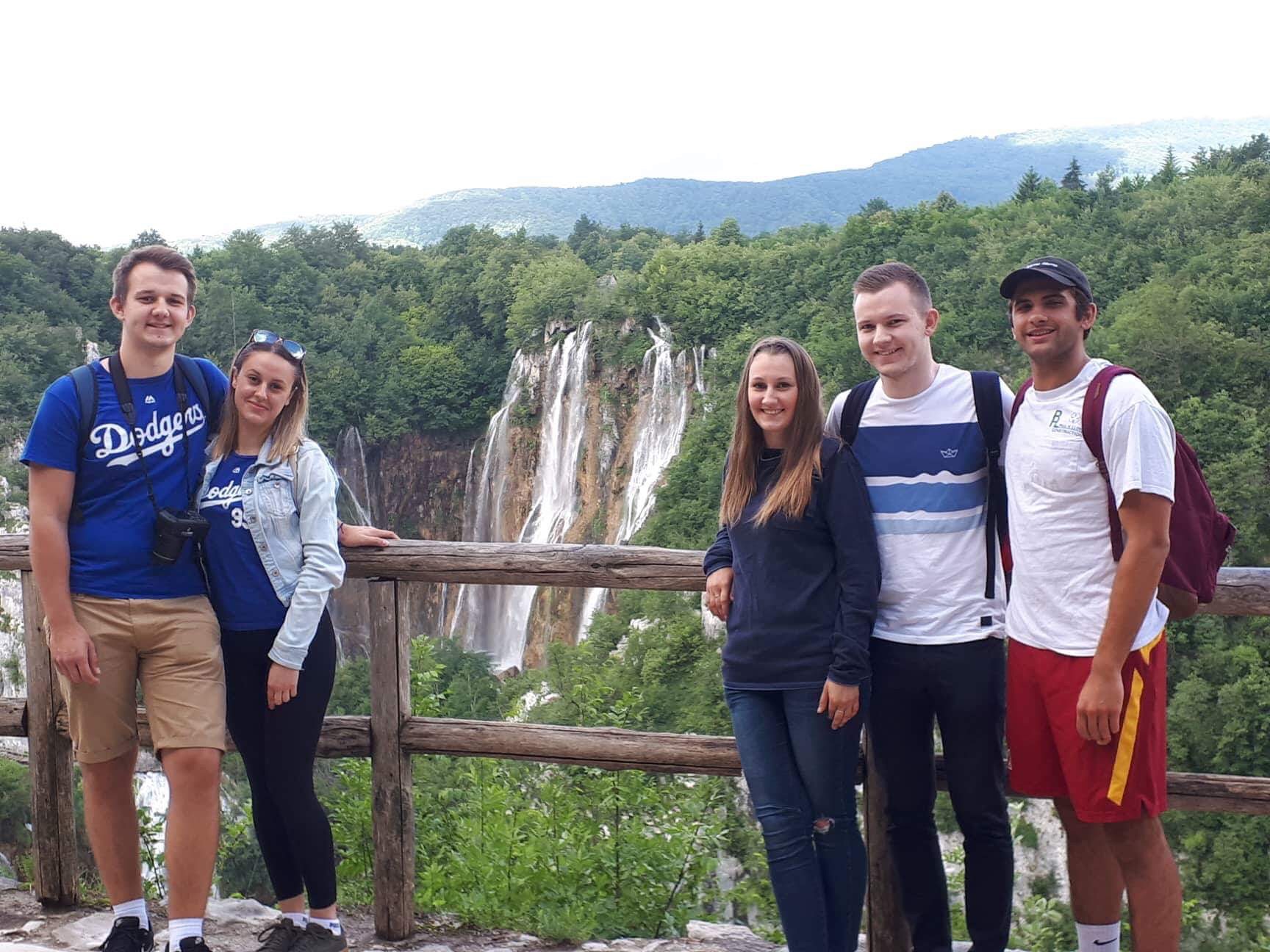 Quitting work and heading over to Zagreb

After learning about an opportunity to come to Zagreb and learn the language for three months, the pair didn’t hesitate.

“I had a degree in business and was working at a University in Los Angeles called UCLA, as an administrative assistant. I still wasn’t quite sure what I wanted to do but around that same time is when I started focusing more on comedy. George and I randomly decided to write a movie (something we had never done before, and it showed!) and that spurred us to create our comedy channel @Dawghouse_tv with our friend Tyler Ryan, who also has Croatian heritage and hopes to be able to come out here this summer! When I found out about this opportunity to learn Croatian in Zagreb I was super excited and George and I both agreed that we’d quit our jobs and move over here if we got in!,” Stanko explained. 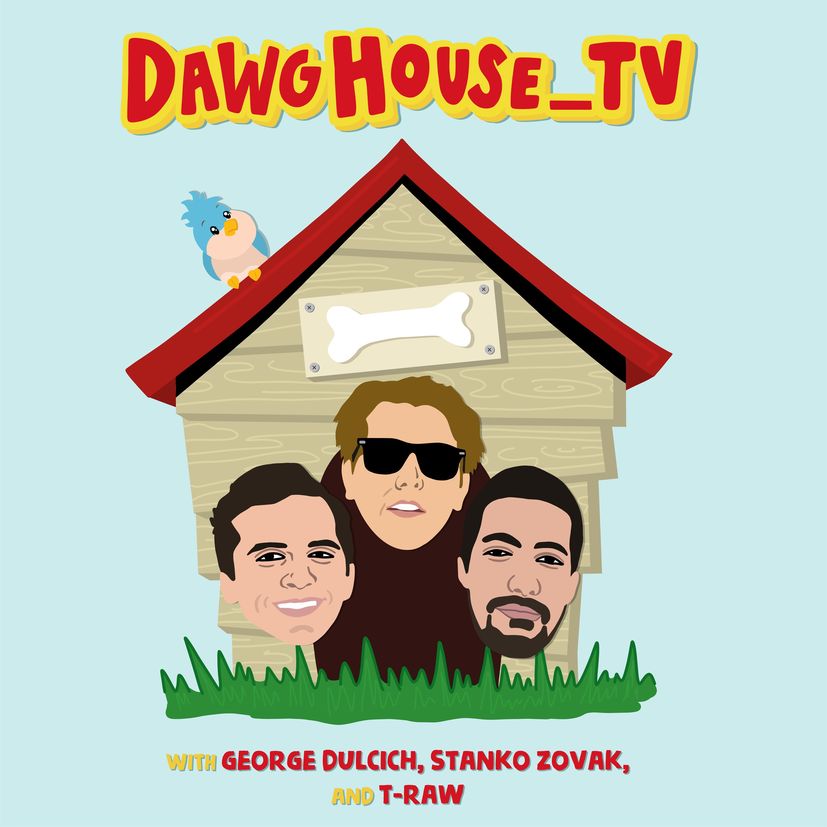 “I graduated from USC in 2018 with a degree in public relations and had been working in fixed income trading. In the years after graduating, I lived in both LA and New York City. I also started doing stand-up comedy after graduating and started to take it more seriously once I moved to New York City. The pandemic obviously changed everything so I left New York to return to Los Angeles. We learned about this scholarship for Croats abroad to return to the homeland for language classes and with life on pause in America it was an opportunity we couldn’t pass up,” adds George. 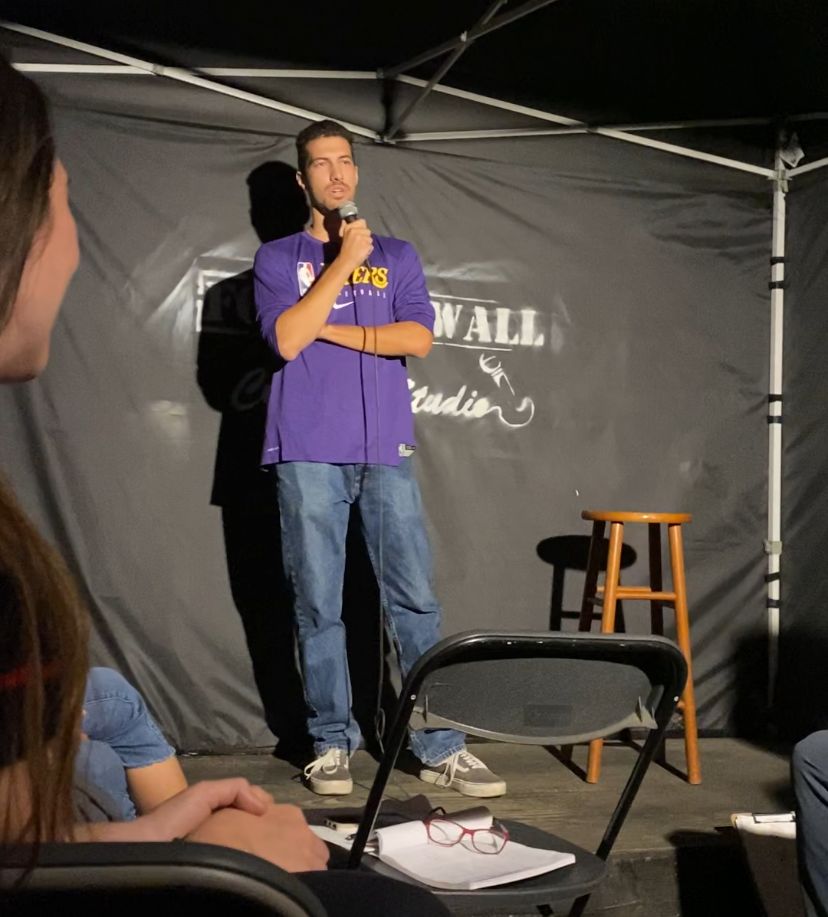 Stanko and George are studying Croatian language at Croaticum at the Faculty of Philosophy in Zagreb.

“We are are taking the beginner course. We both knew some words and phrases before but had no clue about the grammar and cases so we wanted to make sure not to skip over that. We are learning a lot though, and our vocabulary is improving as well. Class goes by quickly for us since we are excited to learn and we have a really great teacher and awesome classmates! We are staying in the Cvjetno Naselje dorms about 15 minutes from Trg Bana Jeličića. Surprisingly, after 11 years of knowing each other, this is our first time being roommates!.”

“For us a typical day starts with boxing. We were training in Los Angeles and were lucky enough to find a great place here called tristo boxing where we are able to continue. After that we come back and eat at the menza. We usually compete to see who can create the best combinations of food for the price. That usually ends with one of us giving in and adding jogurt, sok, and kolače! After lunch it really depends on the day. Sometimes we will go to coffee with a friend or take a stroll to the trg. If we’re not doing that, we are working on our social media and creating, writing, or editing. And of course our zadaća! In the evening we go to our Croatian class and try to keep up with all the grammar and cases. After that we usually go out for a pivo with our classmates to practice ordering in Croatian. And also to drink pivo… It’s late by the time we get back, but our friends and family are just getting up in Los Angeles so we usually talk to them for a little and tell them what we’ve learned. On the weekends we play nogomet, go to see more sights in the city, and of course, drink more pivo!” 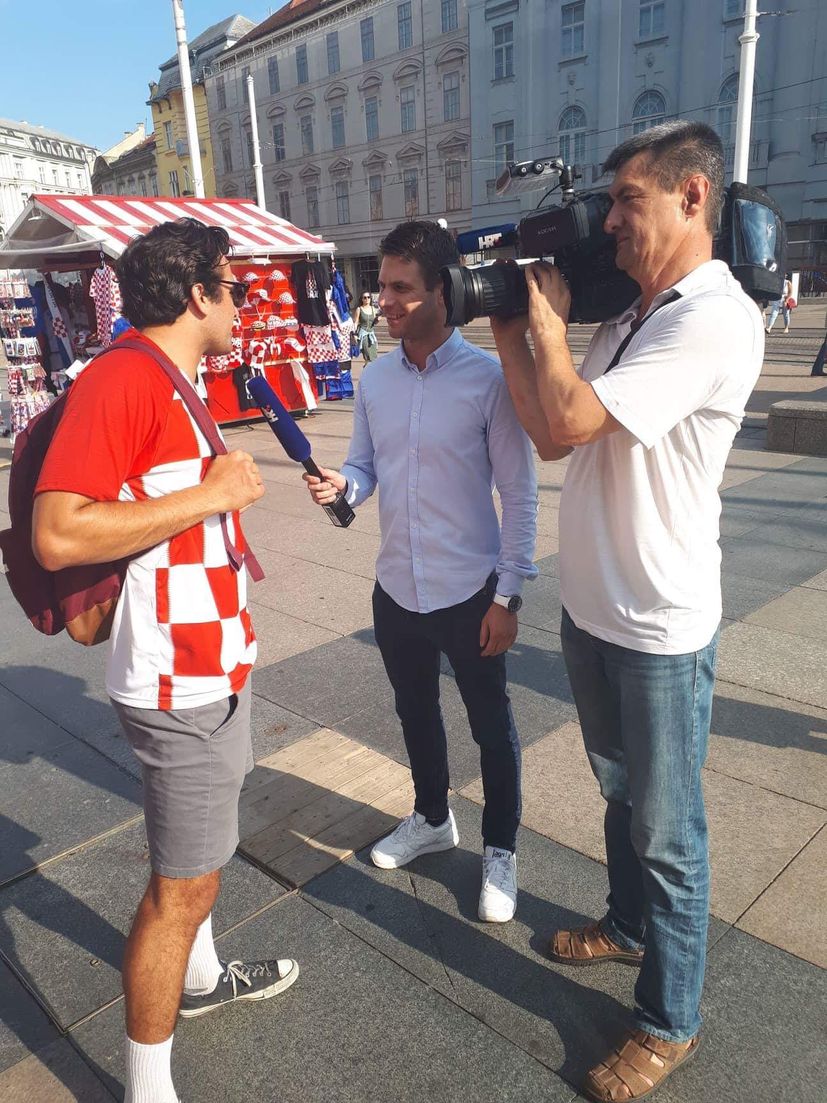 Zagreb has impressed them so far.

“Zagreb is really beautiful and has some of the nicest people! We like that it’s safe to walk around and has an easy tram system to get to all parts of the city. People seem to be outside a lot, either having kava or enjoying nature and we really like the vibe and energy here. It’s also a more affordable compared to LA which is important because we currently don’t have jobs!,” they said.

There are a couple things they have had to get used to in Zagreb.

“The one thing I’m not quite used to yet is that light switches are on the outside of the bathrooms. George is always turning off the light while I’m using it!,” Stanko says, whilst George says he misses In-N-Out Burger from home.

If the opportunity arises, both Stanko and George say they would definitely stay longer in Zagreb.

“We love it here and want to stay for the summer and are also looking into maybe applying for another semester of language class. It would be nice to be able stick around long term as well so we are keeping an eye out for any other opportunities that come our way! We think there is a lot of potential to connect what we are doing with our comedy and creativity to a new audience for us here in Croatia and we would love to be able to combine that into something great for everyone!” 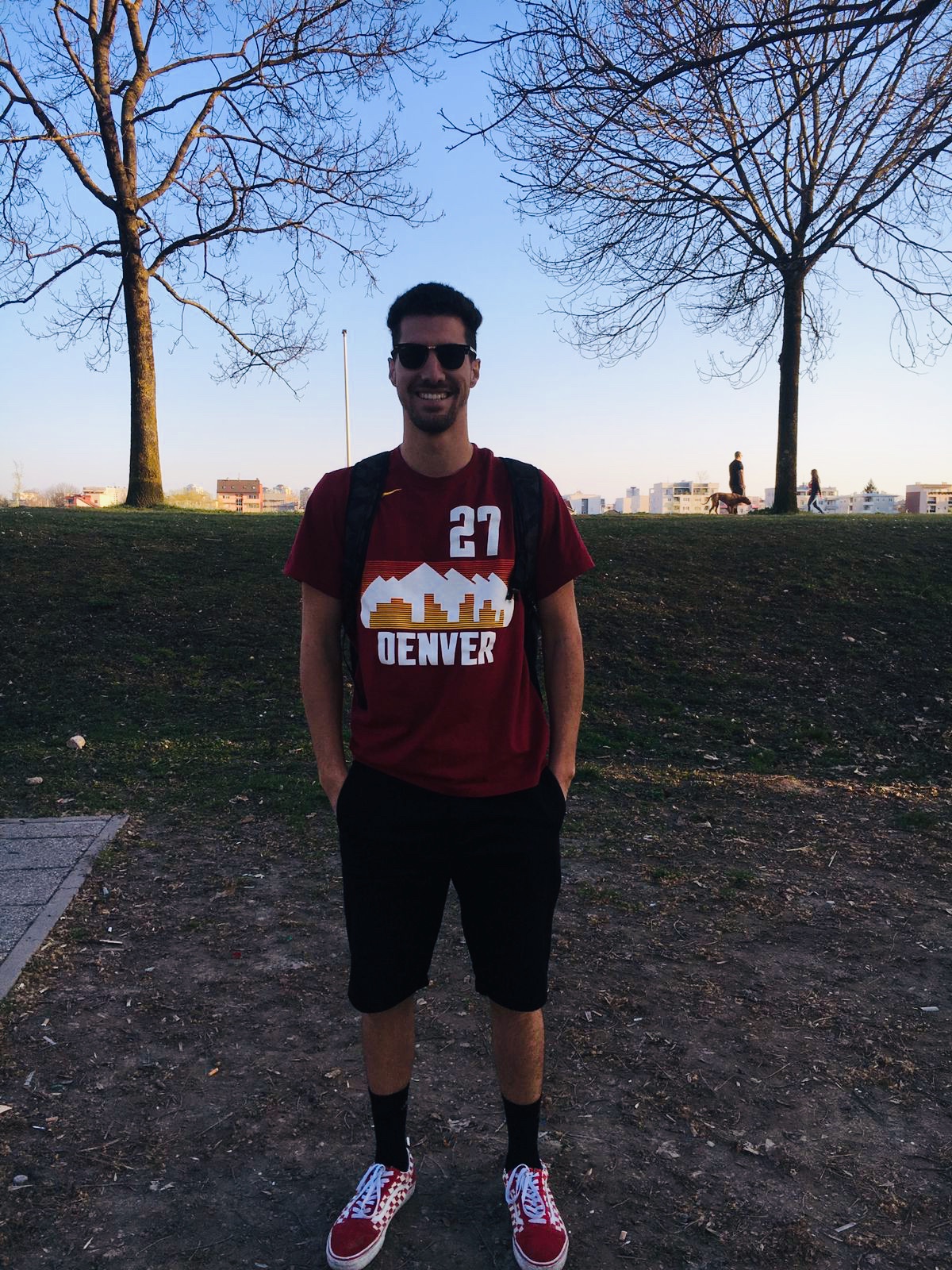 It will not be just all language learning at school though for the next three months.

“We want to make sure we visit all our family around the country, and see the sights in those places as well. We are also really excited to be here for the Euro Cup games. We’ve watched world cup games in Croatia so we know we can expect an intense atmosphere here! As far as places to visit we really want to go to Vukovar. We understand the significance of the city in our history so that would be a special trip for us,” the pair conclude. 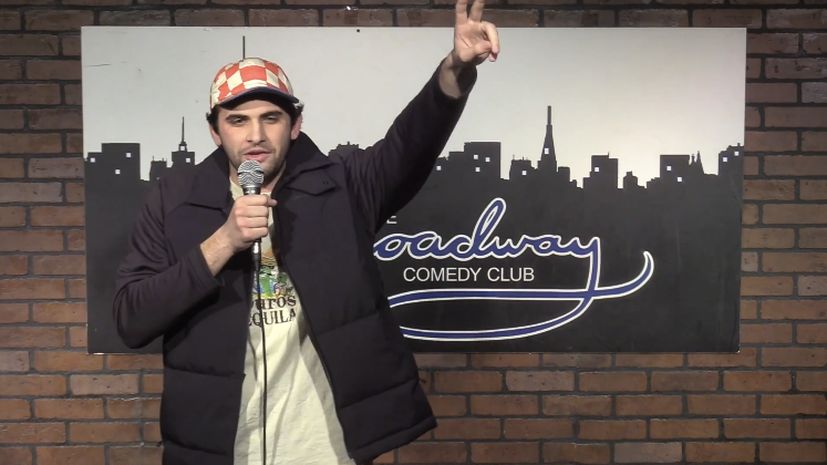