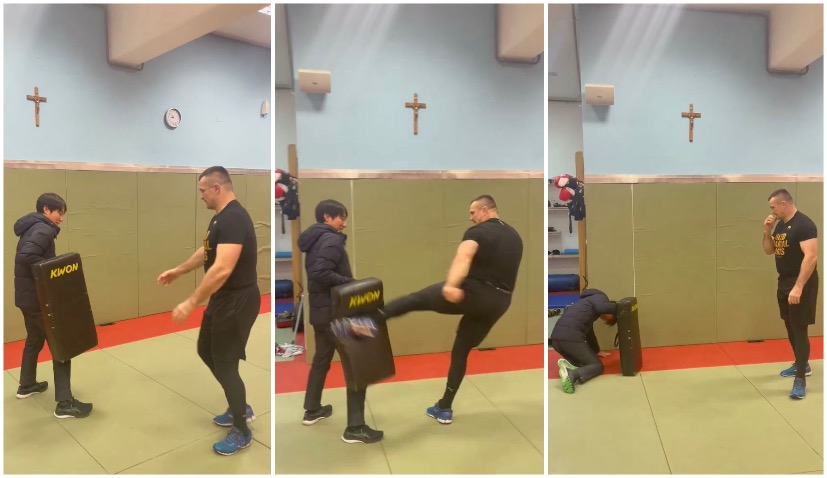 One of the most famous Croatians among the Japanese is undoubtedly MMA legend Mirko ‘Cro Cop’ Filipović.

Cro Cop has fought numerous times in his career in Japan and won the 2006 Pride Grand Prix at the famous Saitama Arena. Even after his career the Croatian’s connection with Japan remained as he took in former Japanese Olympic judo gold medalist, Satoshi Ishii, under his wing in Zagreb.

So, with Japan taking on Croatia later today in the Round of 16 at the 2022 FIFA World Cup in Japan, it was no surprise that Japanese TV hunted down ‘Cro Cop’ in Zagreb for a chat ahead of the match.

Nippon TV visited Cro Cop at his Zagreb gym on Monday morning for an interview and the journalist had a brave request.

“After the conversation, the journalist asked me to hit the pad that he was going to hold. They often asked me to do that during various guest appearances in Japan during my career. They probably want to feel how hard I could hit,” Cro Cop said.

“By the way, if you pay attention, the gentleman is wearing tennis shoes (on the mats). He came from outside dirty and muddy, he didn’t take them off, so we’ll ‘tighten the screw’ on the kick. I am not sure that he will watch the game in a good mood. He will certainly remember his visit to Croatia for a long time, and I’m somehow afraid that he will be walking on his hands for the next few days. Go Croatia,” concluded Cro Cop.