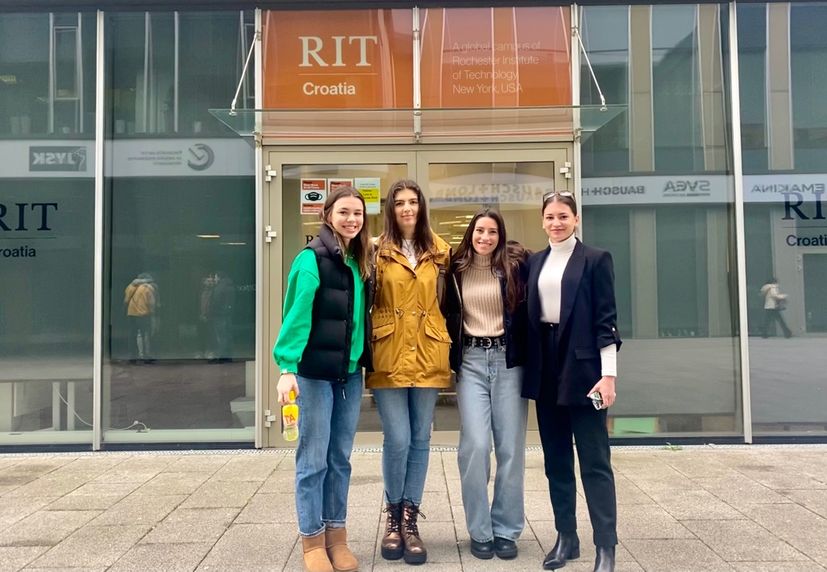 Have you ever thought of the challenges people face when moving to an unfamiliar country and what it takes to assimilate to its culture? The reality is that it takes time to meet new people and understand the culture. At RIT Croatia, international students come from all over the world. Although international students face challenges while abroad, with the help of the International Students Club (ISC) and RIT Croatia’s International Student Office, students can make the transition and overall experience much easier.

Making students feel comfortable on campus is very important for RIT Croatia. Therefore, the Student Government and International Student Office provide full support to all incoming international students, helping them with any necessary paperwork, housing, and integration during their four-year study.

The International Students Club, founded in 2019, was created to provide international students with the chance to meet new people and discuss similar interests at both campuses (Zagreb and Dubrovnik). There are currently 28 active members, a mix of Erasmus and exchange students from the RIT main campus in Rochester. The club organizes fun events such as morning coffee sessions and special events for international holidays such as St. Patrick’s Day and Valentine’s Day.

It is important for the club members to get together, talk about everyday experiences and get advice from other team members. But the most important thing is to meet new people and have fun. 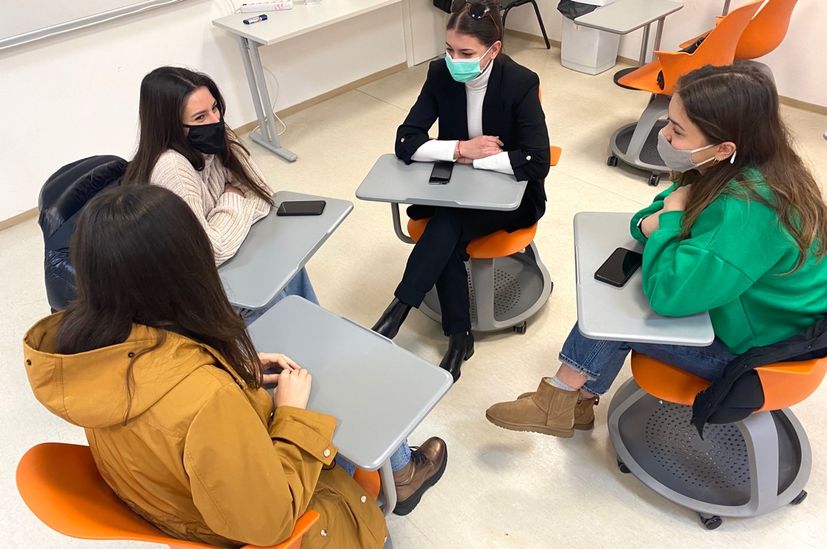 Dora Rašin, the president of RIT Croatia’s International Students Club, is currently a student at RIT Croatia in Zagreb and is enrolled in the International Business program. Originally from Boston, her Croatian roots led her to enroll in the undergraduate program. The club was founded in 2019 when Dora was a first-year student. As an international student herself, she had common challenges like an international individual would have when moving to a foreign country. However, she said that becoming a club member her freshman year made it much easier to meet new people and relate to them.

When asking Dora why the club was so special to her and why she decided to take on the role as president, she said that her passion grew from having a personal connection with members on similar experiences they have. She continued by saying:

“I have a mission to make the campus a more suitable place for international students and make them feel more comfortable.”

After taking part in one of the clubs’ meetings, I understood the true essence of the club. It made me really wish that this club was active during my four years at RIT Croatia. We discussed topics such as how often we travel to our hometowns, what it was like for some of us growing up in Croatian communities outside of Croatia and alike.

The future of the International Students Club

The club currently hosts anywhere from 3-4 meetings a month. Exciting activities and treats are always a must during these club meetings. Dora shared that she is planning exciting events for club members throughout the next few months. Alongside that, morning coffee sessions and regular gatherings are a must!

Although Dora is a Junior and her time at RIT Croatia is coming to an end, she emphasized that she is sure that the club will only continue to prosper and grow. Not only that, but it will continue to serve its true purpose: to provide international students with a home away from home. Her advice for people thinking of enrolling:

„It’s up to you to make the most of your college experience, tap into resources available, and stand up for yourself. At the end of the day, the power is in your hands.“