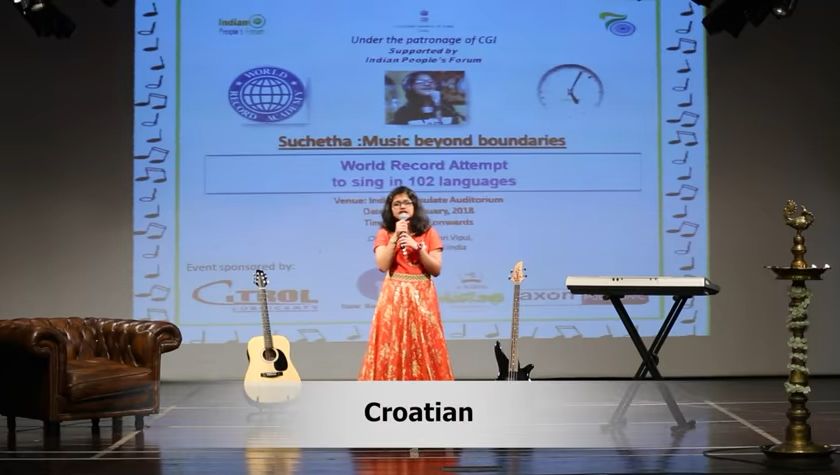 A 12-year-old Indian girl has broken a world record in most languages sung in one concert.

Suchetha Satish, who is a Grade 7 student of The Indian High School in Dubai, performed songs in 102 languages, including Croatian, to set a new world record.

Satish performed the multi-language concert at the Indian Consulate in Dubai last month and titled it ‘Music Beyond Boundaries’. The concert lasted 6 hours and 15 minutes.

The first foreign language Satish learned to sing in was Japanese after a friend of her father taught her. She says it usually takes two hours to learn a song. The hardest languages for her were Hungarian, French and German.

By singing a part of one song each in 102 different languages, Satish broke the record of 76 languages sung in one concert set by Ghazal Srinivas back in 2008.

She sang the songs according to the alphabetical order and says that her favourite languages to sing in are Armenian, Slovakian and Māori, or Te Reo from New Zealand. Satish’s record was certified by the US-based World Records Academy.

Check out her setting the record below (her Croatian effort starts at 1:40 in the video).