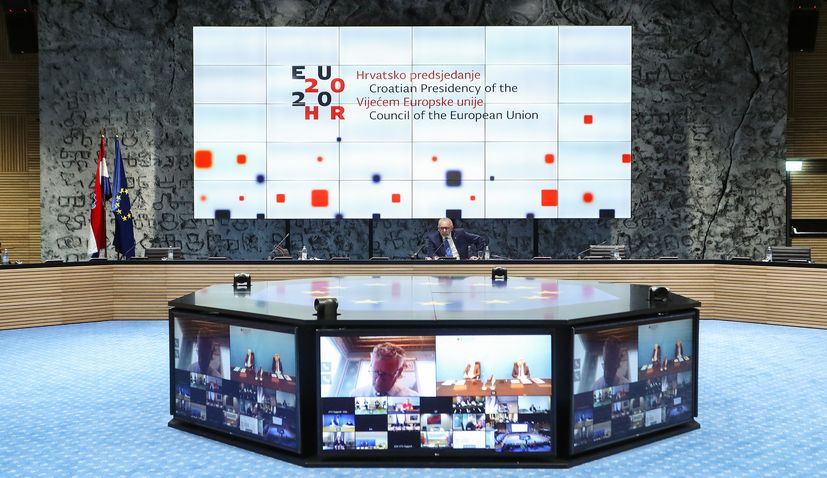 ZAGREB, June 6, 2020 (Hina) –  The European Commission is calling on EU member states to lift all border checks within the bloc by the end of June, Home Affairs Commissioner Ylva Johansson said on Friday.

The Commissioner expressed confidence that by the end of this month the Schengen Area and free movement of citizens would go back to normal.

Johansson believes that when it comes to the opening of the EU’s external borders, this could happen in early July.

Currently, arrivals from third countries are allowed only if necessary, and this restriction is in place by 15 June.

Restrictions on movement between EU member states introduced because of the coronavirus pandemic have to be lifted in a coordinated manner, it was concluded during a video conference of EU home affairs ministers on Friday, as reported by the Interior Ministry.

The ministers agreed that the COVID-19 outbreak threatened some of the foundations of the European Union, such as the European Single Market and freedom of movement and given that the current health situation allows for entering a stage where measures can be mitigated, the ministers are endeavouring to agree on the procedure for returning to the full functioning of the Schengen area and free movement of persons.

That is of key importance for economic recovery and the European Union in general, they believe.

The ministers examined how the restrictions on the freedom of movement and internal border checks could be abolished in a “coordinated, non-discriminatory and proportionate manner,” in line with the Joint European Roadmap towards lifting COVID-19 containment issued by the European Commission.

The ministers discussed foreseen time frames within which border checks will be abolished once the health situation in a particular member state makes it possible, without actually specifying time frames or dates when free movement with the union may be expected.