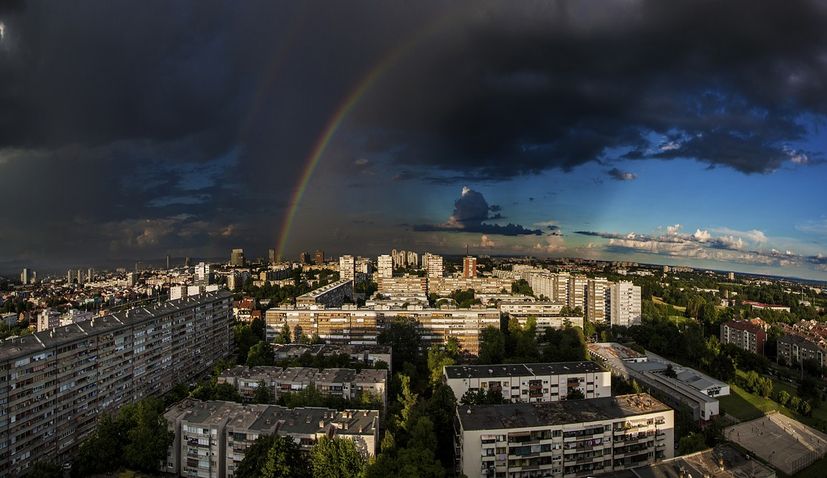 ZAGREB, 20 September 2020 – The construction of four new planned settlements on the outskirts of the Croatian capital Zagreb is set to begin soon.

Decisions on amendments and drafting of amendments to the four urban development plans have already been accepted at the last session of the City Assembly and now we are just waiting for the beginning of the works.

Bushes will be replaced with apartment buildings, shops, a kindergarten and more as 119,000 square meters in Volovčica will be transformed from the existing industrial zone into a “mixed-use space of a high urban standard”.

“This is one area, quite specific, it was industrially predominant and now a sustainable way must be planned how this area can be transformed into something completely different,” the head of the Office for Strategic Planning and Development of the City of Zagreb Sanja Jerković told HRT.

Along with Volovčica, new settlements will be built in Odra and Brezovica, and Staro Brestje in Sesvete will have 1000 new inhabitants instead of the previous 300.

“A kindergarten for 200 children, a park, a square, and a linearly existing stream will also be planned, she added.”

Brezovica, located in the south of Zagreb, has about 98 percent green space. On almost 300,000 square meters a kindergarten, apartment buildings will be built, but not an American school which was built in another neighborhood.

An additional incentive was the desire of the residents and the City District Council for public social facilities, the Health Center, and service activities, said Jerković.

In Odra the buildings will be in a row, no more than two stories high. Along with kindergartens and schools and new roads, without a detailed urban development plan, none of these settlements could be built.

The total planned construction area is more than a million square meters. Investors and contractors – domestic and foreign – are waiting and ready to go.