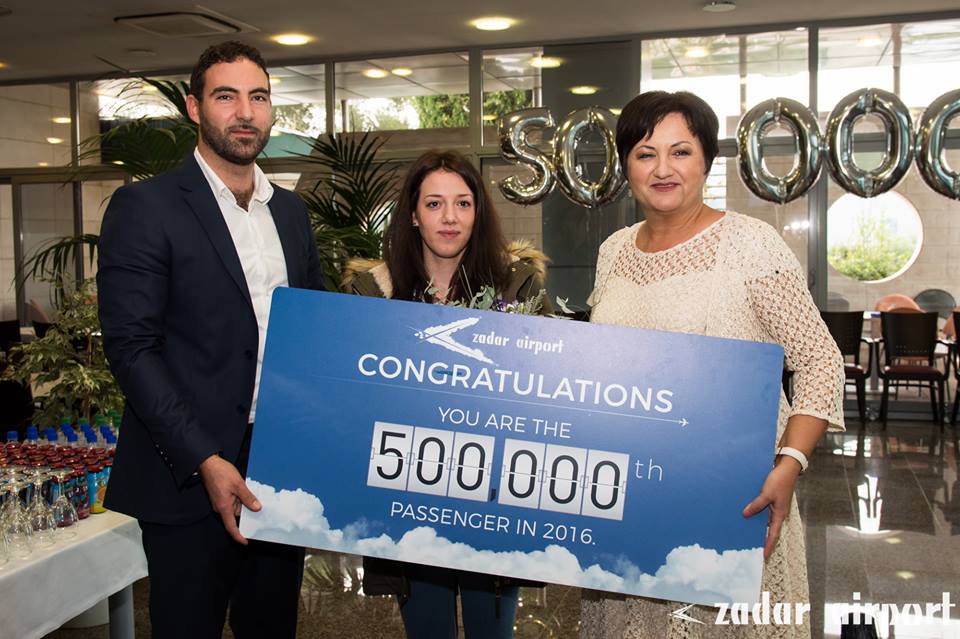 A new record was set at Zadar Airport in Zadar on Croatia’s Dalmatian coast on Wednesday.

On Wednesday 26 October 2016 Zadar Airport welcomed its 500,000 passenger, which is the first time in the airport’s history that is achieved that number in a single year.

The lucky passenger was Jelena Rukavina who was on board flight FR7313 to Dublin. Rukavina was presented with a gift pack, including a return airline ticket and vouchers by the airport’s Director Irena Ćosić.

Zadar, which was awarded the title of Best European Destination 2016 after beating the likes of Athens, Paris, Milan, Prague, Rome, Vienna and Madrid in an online vote, has had a stellar tourism year. 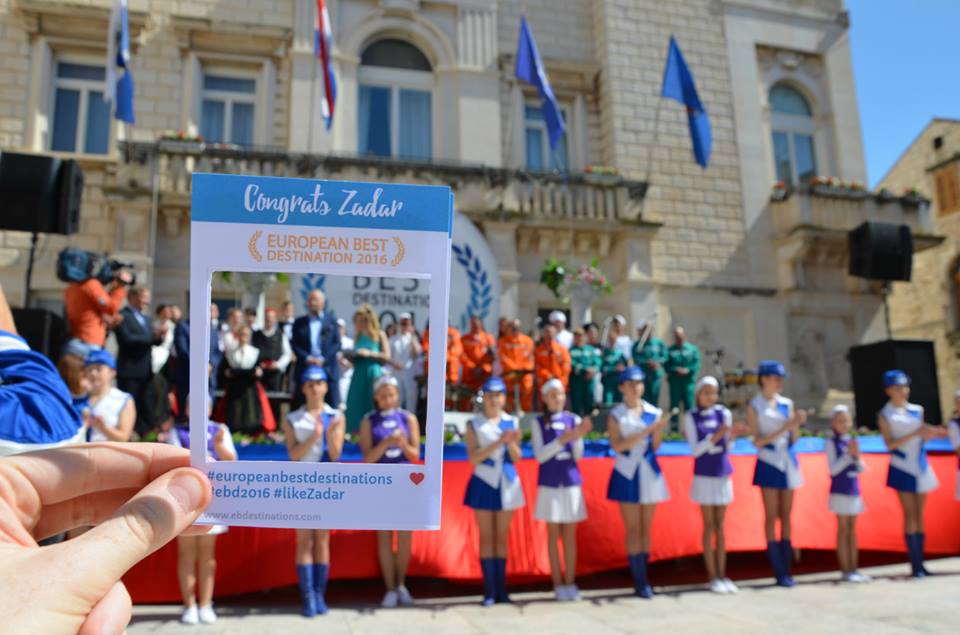 On 11 August 2016 Zadar recorded its 1 millionth overnight stay for the year, 6 days ahead of when it achieved the milestone last year. The city has never achieved one million overnight stays as early has it has this year.