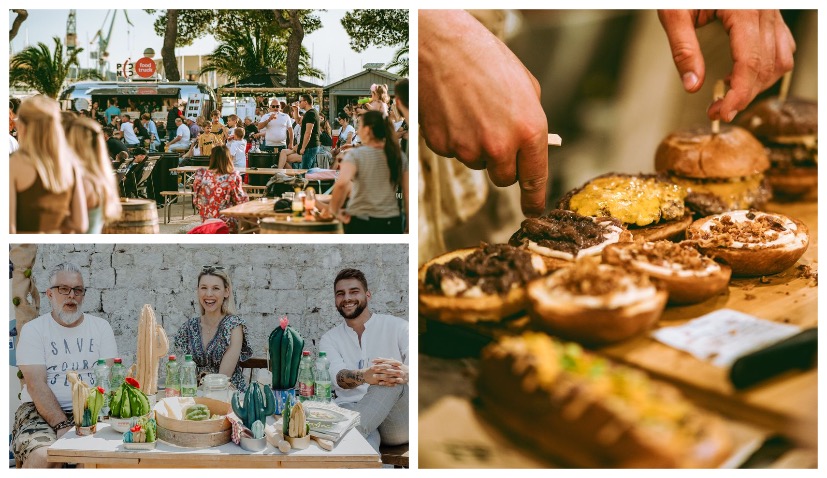 For the first time, in the very heart of Dubrovnik, in the wonderful historical setting of the Lazaret, the street food festival “Bavarin” will be held from 13-16 October, which will offer food from the best local chefs and restaurants through six catering facilities, with menus adapted for everyone – from burgers, plant-based dishes, the best from fish street food delicacies to the most delicious desserts.

Thanks to the already well-known Good Food Festival, which year after year ensures that the Dubrovnik autumn is very interesting and tempting, the Dubrovnik Tourist Board presents a novelty in the ninth edition of the well-known GFF – the first Dubrovnik street food festival Bavarin.

Through October, one of the most beautiful locations in Dubrovnik will become an unmissable location for all those looking for a charming, different and unique place to socialise, go out on a relaxed date or enjoy delicious snacks accompanied by the beats of their favourite bands. 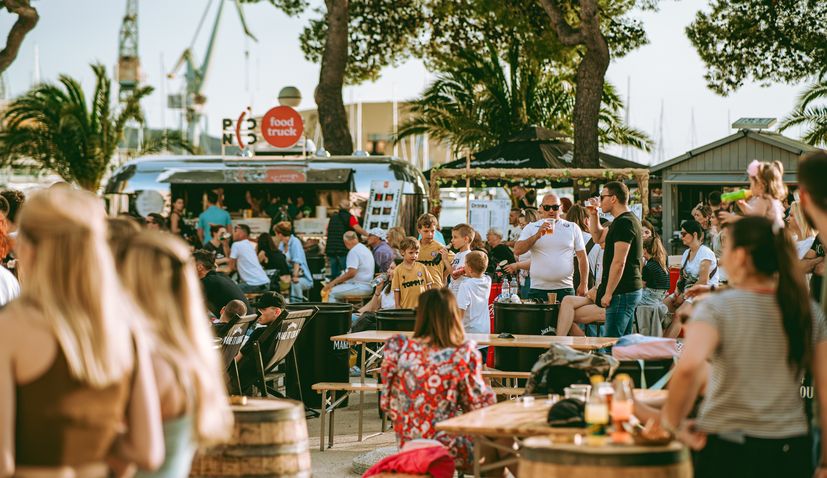 The bib, put under children’s necks so that they don’t get dirty while eating which is known in Croatia as Babarol, partikla, slinček, prsnjak, or as they say in Dubrovnik “bavarin” served as a great inspiration for a top gastronomic event which prepares an equally rich accompanying music-entertainment-educational program.

Over four days, this new charming festival, in addition to the most beautiful autumn sunset, historical scenery, rich gastronomic offer, will also offer performances by the most famous Croatian bands such as Psihomodo Pop, TBF, Gina & The Gee Gee’s and Vinko Ćemeraš and Talvi Tuulvi. 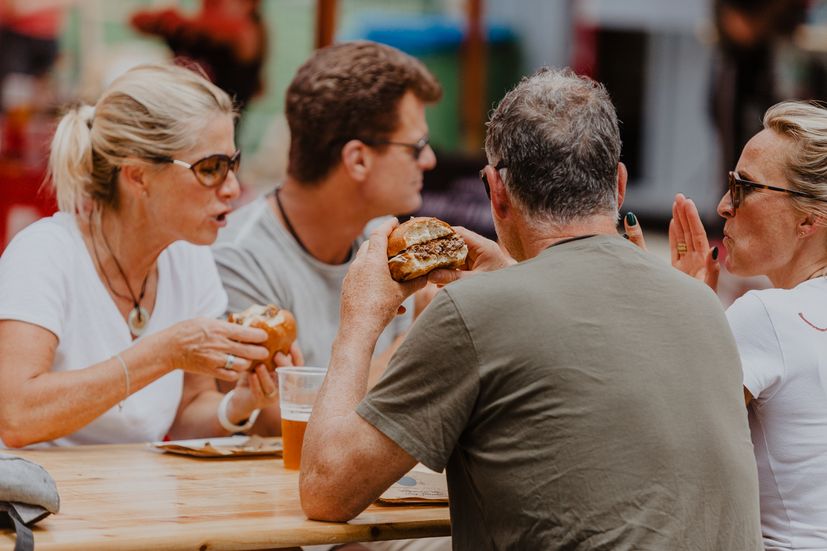 And how did everything actually start? After the first Trogir street food festival – Babarol, which was visited by more than 10,000 visitors – the creative team behind it – gathered one of the best Croatian restaurateurs again and packed their suitcases and headed to the very south of Croatia to give Dubrovnik its long-deserved Bavarian.

“We are bringing real “master chefs” to Dubrovnik as well as some well-known TV personalities and the best contestants of the television show Masterchef. We also paid attention to the increasingly popular plant-based cuisine, and we will also enjoy the desserts prepared by the well-known pastry chef Tea Mamut. We have prepared a rich entertaining and educational program, and we truly believe that in the aforementioned four October days, we will show how everything is sweeter in the City when you wear your Bavarian around your neck!” – announces festival director Antonio Franić. 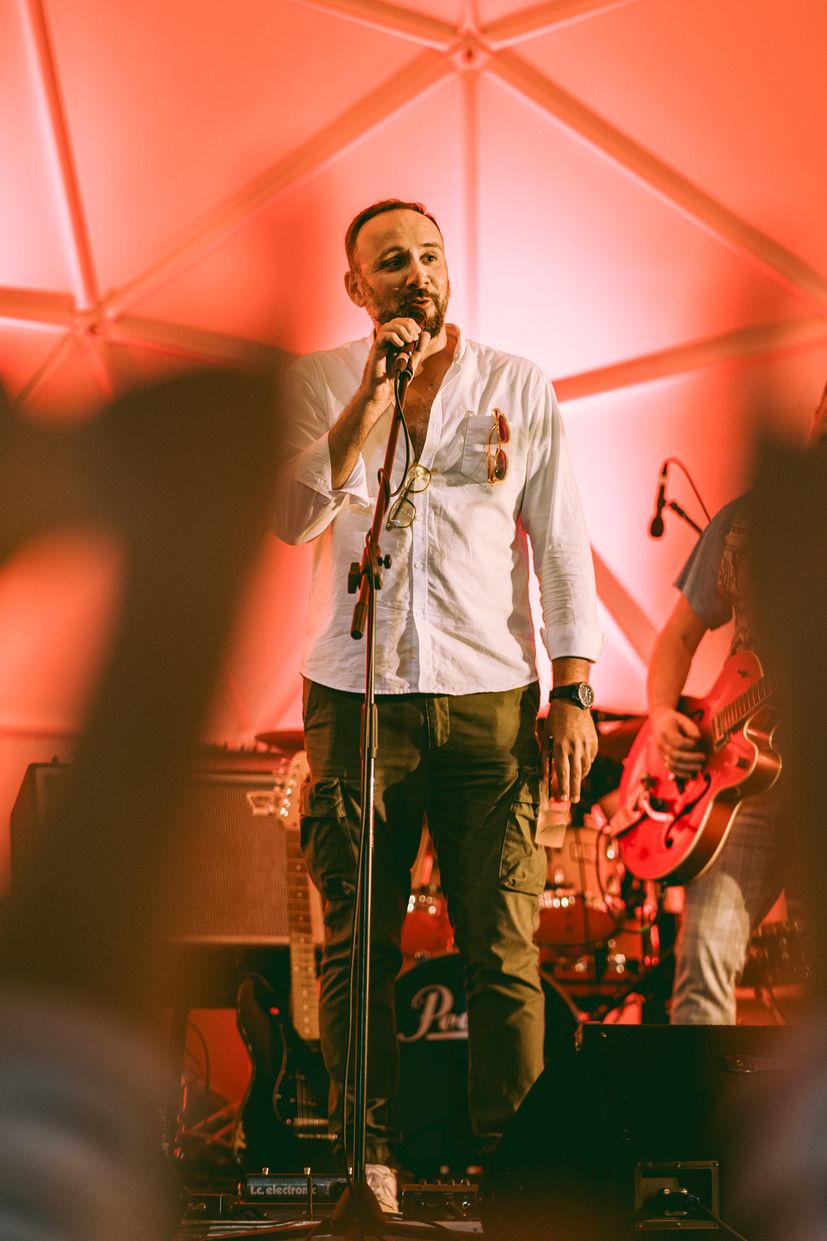 Also, at the first Dubrovnik street food festival, the first ever sponge cake preparation championship awaits. The competition in the preparation of this favourite traditional dessert of the Dubrovnik area will be supervised by an expert jury led by an excellent world-class pastry chef from Split – Teo Mamut, a finalist of the first season of Masterchef and a long-time restaurateur – Trogir resident Robert Predrag Žmire, as well as a great lover of Dubrovnik’s gastronomic heritage and the author of numerous books dedicated to the same – Jadranka Ničetić. 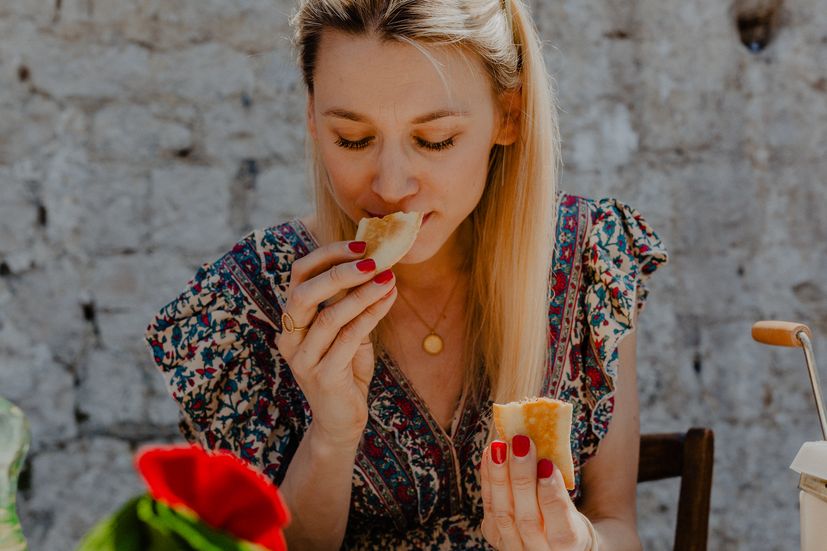 This irresistible gastro-musical delicacy, which will be held in the part of the Old Town under UNESCO protection, will be opened by the iconic Croatian rockers, Psihomodo Pop, who next year will be celebrating their 40th anniversary. The second evening belonged to Čapljinac Vinko Ćemeraš, the winner of the television show The Voice, accompanied by his band Talvi Tuulvi. Just like the ravishing Bračanka’s unforgettable voice, Gina Damjanović is followed closely by her band The Gee’s Gee’s, who are responsible for the good atmosphere of the third night of Bavarina. 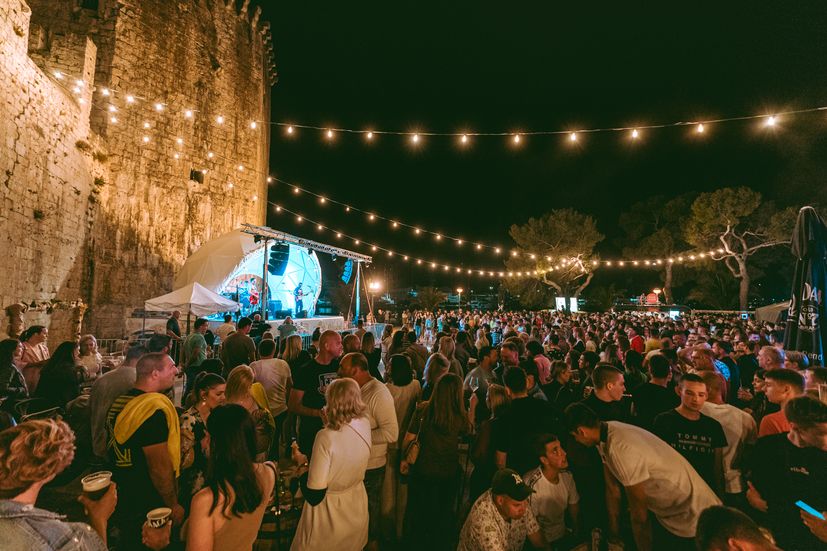 Sunday lunch or dinner has always been an opportunity for the whole family to gather around the table – and at Bavarina, the hostess will be the television host Doris Pinčić, the author of the culinary series “Kuhinja babe Eve” and a great lover of gastronomy and tradition. 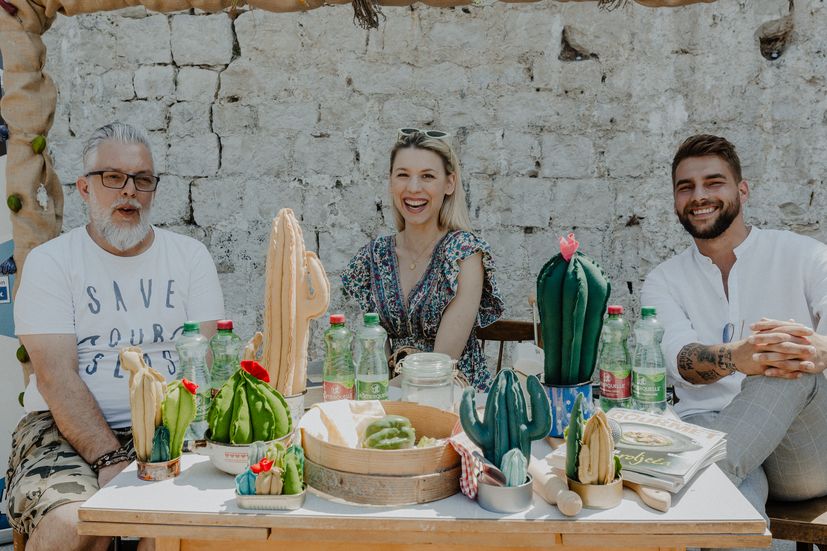 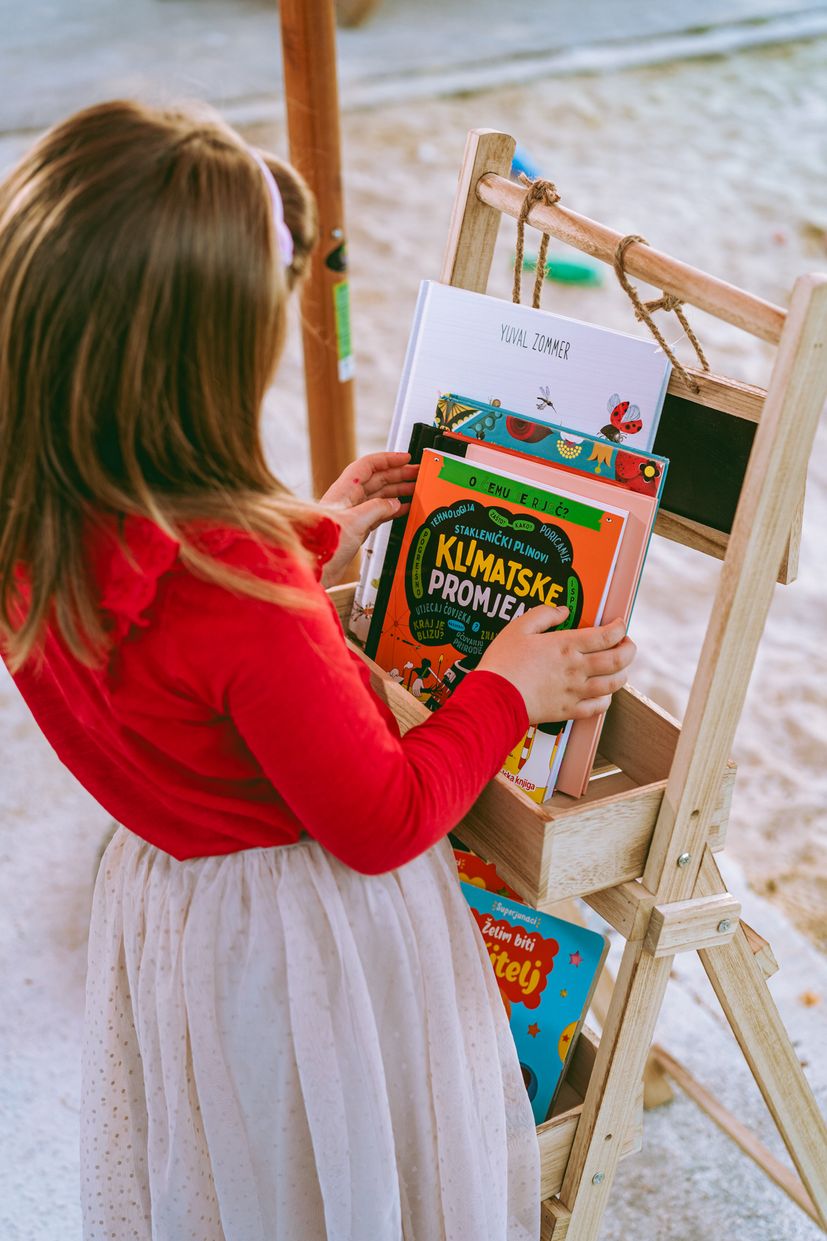 For lovers of covers and reading, a real fairy tale or story room is being prepared under the leadership of the well-known Dubrovnik blogger Vildana Mrša. All lovers of art and good wine will definitely not miss the painting and wine workshop Kist & Pit led by Magdalena Kudelik, while on the other hand lovers of a good drop eager for knowledge will definitely get their way at the whiskey & gin workshop as well as at the presentation of the new Saints Hills wines, Pelješac family wineries just a blink of an eye away from Dubrovnik. 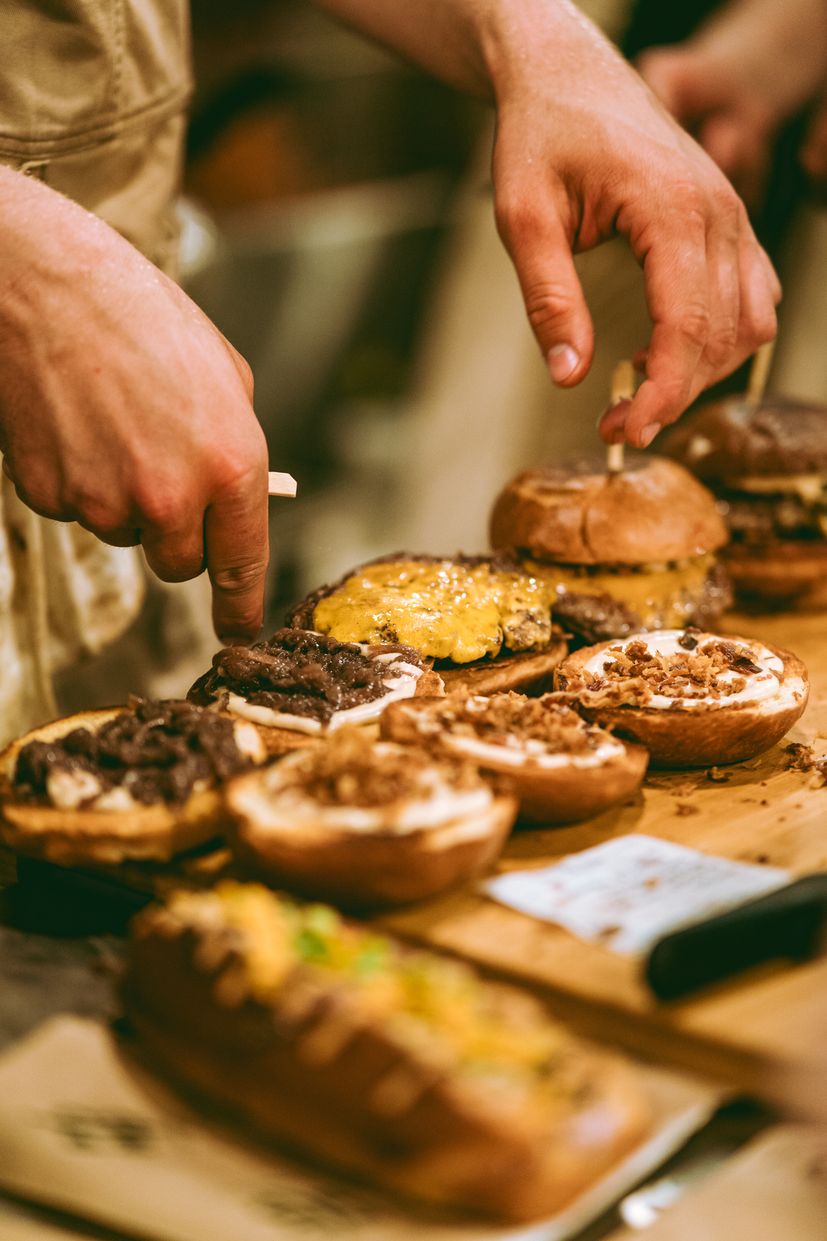 The honor of closing the first Dubrovnik street food festival with their beats went to Split band TBF, who with hits such as “Genije” and “Alles Gut” will put an end to this ingenious gastronomic spectacle seasoned with great music. 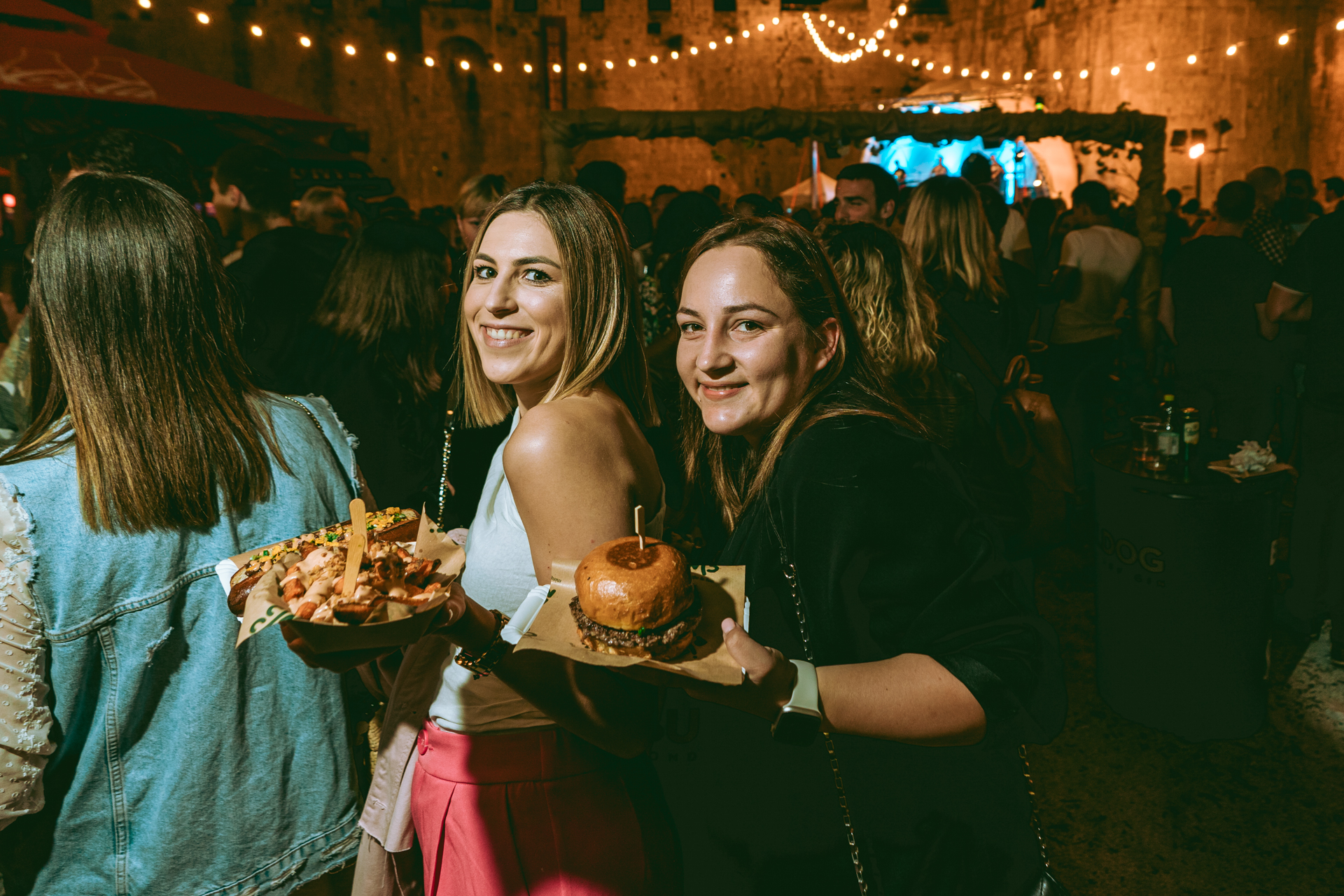 The official opening of the festival is on October 13 at 6 p.m., and all additional information can be found on the social networks of Bavarin – Instagram and Facebook, as well as on social networks and the official website of the Dubrovnik Tourist Board.

Entry is free for all visitors.