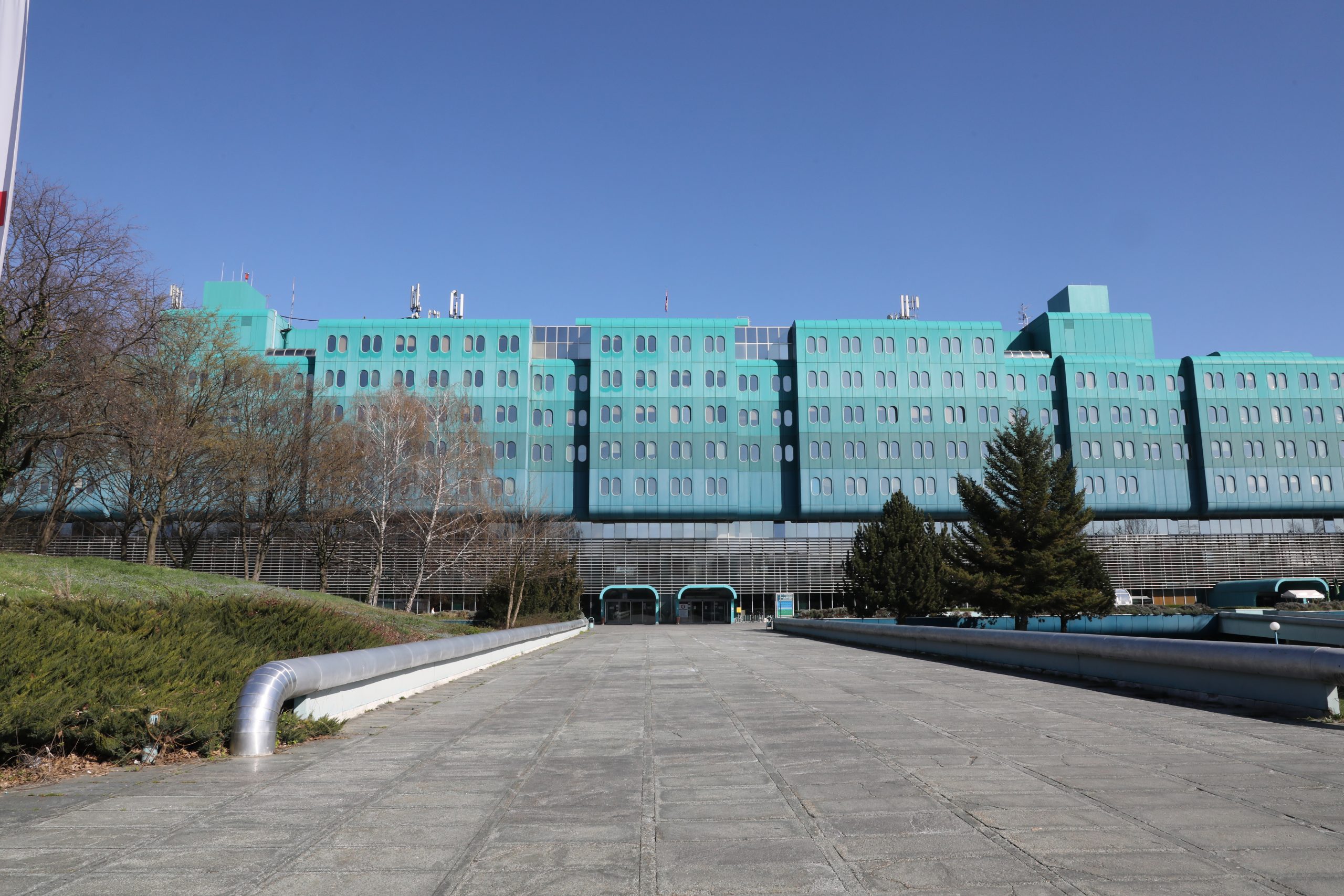 ZAGREB, Dec 27 (Hina) – The first medical workers in Croatia got vaccinated against COVID-19 on Sunday, and the vaccines were dispensed at Zagreb’s “Dr Fran Mihaljevic” hospital for infectious diseases.

Resident Nikolina Bogdanic, the first medical worker to get vaccinated, said that she had no doubts as to whether to get immunised.

“Considering what I have been witnessing on a daily basis, I never had any doubts as to whether I should get vaccinated,” she said, adding that she was happy the vaccine had arrived in Croatia so soon.

“Every vaccination is a big step in the fight against this ugly pandemic,” Dr Bogdanic said.

Markotic: Today is important, optimistic day; Beros: We have a powerful weapon

The head of the “Dr Fran Mihaljevic” hospital, Alemka Markotic, said that today was a very important and optimistic day.

“It is very important that we all understand how important it is to protect oneself in the coming months and to get vaccinated in line with the vaccination schedule. The more people get vaccinated, the greater the chance will be that we will protect ourselves,” Markotic said.

She said that 30 employees of the hospital would get vaccinated today and that priority was given to young people.

Health Minister Vili Beros, who attended the vaccination, said that the start of vaccinations heralded an end to the pandemic but he called for compliance with epidemiological restrictions during the cold winter months.

“We now have a powerful weapon in the fight against COVID-19,” the minister said.

“Vaccination is a medical procedure that has saved the most lives in the history of medicine, so let us see to it that that is so this time as well. Vaccination has reduced or eliminated a large number of diseases, let us hope it will be the same with COVID-19… Vaccines reduce the clinical effects of dangerous diseases, so let us be optimistic and get vaccinated,” the minister said.

He noted that talks had been held with representatives of family physicians and that vaccination offices and mobile teams were being organised. Also, work is underway on launching a platform that will make it easier for family doctors to keep a record of people interested in getting vaccinated, the minister said.

He called on citizens to contact their GPs, noting that they are the most relevant factor in assessing their condition and everything related to vaccination.

“Since the vaccination of larger groups of the population is expected in the spring, there is enough time until then and we will certainly organise the vaccination in the best possible way,” said Beros.

HZJZ head: Another 8,000 doses to arrive next week

The head of the Croatian Public Health Institute, Krunoslav Capak, said that slightly fewer than 8,000 doses of the COVID-19 vaccine would arrive in Croatia next week, and that 17,000 doses would arrive in the week after January 4.

Capak expressed hope that after January 10 larger quantities of the Moderna vaccine would start arriving as well.

Earlier in the day, vaccination against COVID-19 began in Croatia, with 81-year-old Branka Anicic, a resident of a Zagreb retirement home, being the first person to get vaccinated.

A physician and a nurse working in the intensive care unit of Zagreb’s Dubrava hospital, converted into the central hospital treating COVID-19 patients in Croatia, got vaccinated against the disease on Sunday.

The vaccination was attended by Health Minister Vili Beros.

Acting hospital director Ivica Luksic said that today was a big day, encouraging in many ways.

“The KB Dubrava hospital and all its employees have been on the front line of the battle against the pandemic from the very first day and for all of us this is a new beginning in the treatment of this disease,” he said.

Minister: We will reward KB Dubrava for selfless work done

Minister Beros underlined the role of the KB Dubrava hospital, which has been the most important centre in the country for the treatment of COVID-19 patients since March.

“More than 450 people are treated and 69 receive respiratory support on a daily basis at Dubrava. I learned this morning that 360,000 litres of liquid oxygen is spent an hour in the treatment of our patients. We could not have created such conditions in any other Zagreb hospital,” Beros said, adding that if possible, the government would compensate the hospital and all its employees for their selfless work.

“We will consider expansion to include new, research elements and new services. Once this epidemic is over, that will be a sign of gratefulness to all Dubrava hospital employees,” said the minister.

He said that the number of new hospital admissions today was higher than on Saturday but that there were fewer patients on ventilators than yesterday.

“The number of fatalities is the result of developments in the last 2-3 weeks. That number is expected to start going down in a week and a half because the mortality rate will start following the trend in the number of new infections,” said the minister.