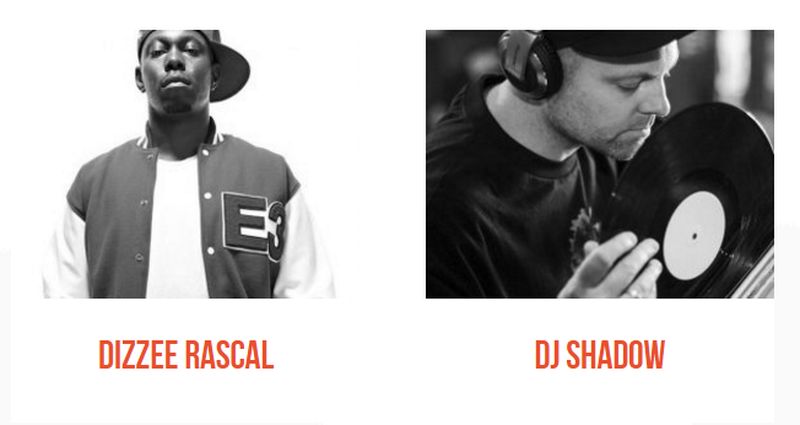 English hip hop artist Dizzee Rascal and American DJ Shadow have been announced as headliners for the 10th Outlook festival which will be held in the Croatian city of Pula later this year.

Over 100 artists will perform at the impressive Fort Punta Christo in Pula from 6-10 September 2017 at what is Europe’s leading sound system culture festival.

Apart from Dizzee Rascal and DJ Shadow, a number of other names have been confirmed, including The Outlook Orchestra, Goldie, Giggs, Wiley, Bugzy Malone, Chris Lorenzo, Gentleman’s Dub Club and many, many more.

His debut album Boy in da Corner is considered a grime classic and earned him the 2003 Mercury Prize. Follow-up albums Showtime, Maths + English, and Tongue n’ Cheek have been critically acclaimed and certified gold, with Tongue n’ Cheek going platinum for sales exceeding 300,000 units in the United Kingdom.

DJ Shadow, the stage name of Josh Davis, is a leading American record producer and DJ. He first gained notice with the release of his highly acclaimed debut studio album, Endtroducing.

For more info about the festival and how to get tickets you can visit the official website.