On Friday night a Nikola Kalinić goal gave Croatia an important 1-0 victory over Ukraine to extend their lead at the top of their 2018 FIFA World Cup qualifying group.

A crowd of 27,300 people turned up to Maksimir stadium in Zagreb to watch the match, among them Croatia’s No.1 fan all the way from Brazil.

David Fonseca Pimentel (33), who fell in love with the Croatian football team at the 1998 FIFA World Cup in France, had his dream of watching Croatia at home finally come true thanks to a group of Croatian fans.

Croatian supporters’ group Uvijek Vjerni had organised to bring Pimentel all the way from Brazil for the match.

“After Croatia beat Germany in the quarter-final 3-0 in France 1998, I said from that day on I was Croatian’,” David said. David, who learned the Croatian national anthem so he could sing it at the match, says that watching his favourite team live in Zagreb was an emotional experience.

“I sang the national anthem, and soon after I could not stand and I cried because of all the emotion. The game for me was a fantastic and unique experience in my life. Even better because we beat Ukraine!,” he said. David meeting the players after the match

“I have only to thank the Croatian people and especially the friends in Uvijek Vjerni. In particular Dragan Lukić, Marjana Akrapović, Daniel Pavelić, and my friend Ivo Reis, a Brazilian who lives in Croatia.”

With the Maksimir crowd in full voice, David says that he had the chants translated from his friend so he knew all the time what the Croatian fans were singing. “The Croatian fans are fantastic. Atmosphere was beautiful! I feel Croatian just like them”, David adds.

Despite having no ties to the country, David’s love for Croatia is strong. It is hard to find a photo of him not wearing something Croatian, and he even gave his daughter a Croatian name. 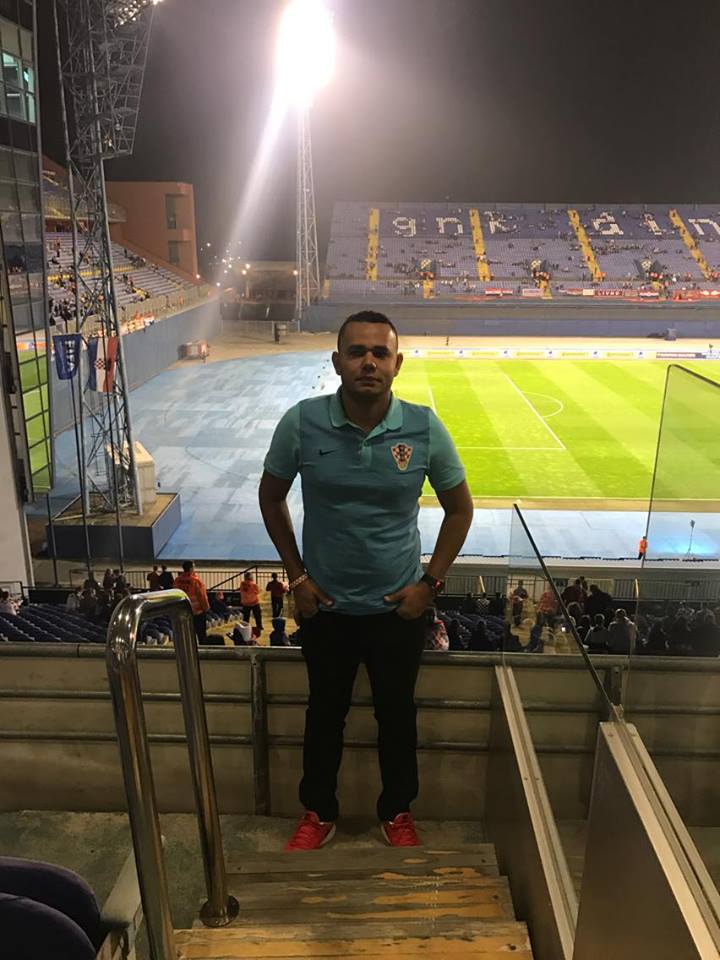 “I intend to come back to Croatia soon. Maybe I can live here,” he says.

“I already loved this beautiful and wonderful country, and now I love even more. The food in Croatia has been very good. I like ćevapi and burek.”

David, who predicted a 2-0 victory for Croatia before the match with Kalinić scoring, says he will go to see Plitvice Lakes before he heads back to Brazil in few days time. “I did not have much time to get to see a lot of places in Zagreb, but I went to the HNS (Croatian Football Federation) museum, and I liked the main square and St. Mark’s Church.”

David hopes to be in Russia supporting Croatia at the 2018 FIFA World Cup.