29 October 2019 – Talented 15-year-old Croatian table tennis player Hana Arapovic was the star of the show as Europe beat Asia to win the 2019 ITTF World Cadet Challenge in the Polish town of Wladyslawowo.

For more than 60 years, Asia has dominated Europe in the ITTF World Cadet Challenge, that is until this year, thanks to a fantastic performance from Arapovic in the semi-final.

The Croatian remained unbeaten on the second day when she won her match in the final 3-1.

“It was a surprise for me to beat Kaho Akae; I think today I had good tactics, I tried to play wide to create angles and then play to the middle. She plays very fast, coping with her speed was a problem but she had problems returning my services which enabled me to play my game.” Arapovic told ITTF.com.

Arapovic, who was born and resides in Zagreb, is coached by her father Darko. She started to play table tennis at the age of 6 and is currently ranked the world no.9 under 15 girl. One of her most notable performances being a cadet girls’ singles semi-final finish this year at the Hang Seng 2019 Hong Kong Junior and Cadet Open.

“I try to be safe with my play, be consistent, I think my backhand is my strength; of course most important you must be prepared to fight. Here, the three days training camp was valuable and we have developed a good team spirit.”Arapovic said. 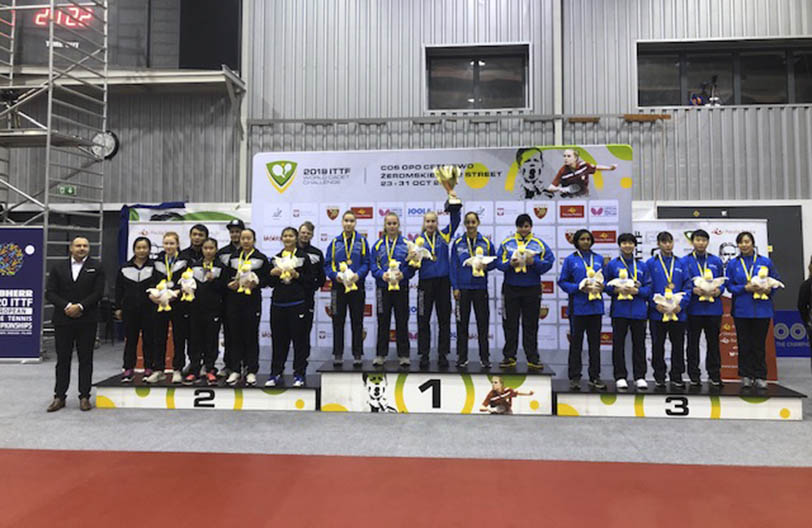 Teams from Asia, Africa, North, Central and South America, Oceania and the host nation battled it out this year’s competition.