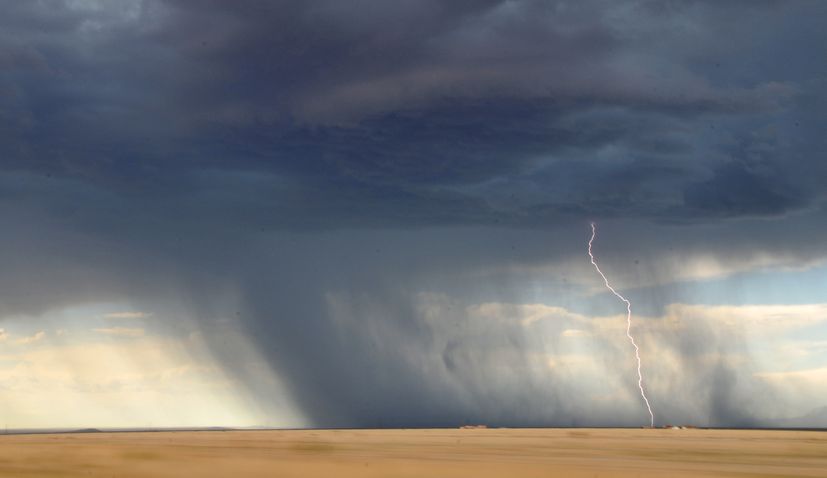 ZAGREB, April 26 (Hina) – A survey of attitudes and beliefs about climate change, conducted among nearly 30,000 people, has shown that Croatians are less worried about the human impact on the climate than most respondents in 40 countries in the world.

The results of the survey, conducted by the WIN International association for market research in cooperation with Mediana Fides, showed a global consensus on the claim that climate change is happening and is leading to global warming, as more than 85% of respondents in 40 countries agreed with it.

Only 70.4% of Croatians think climate change is a result of human activity

Croatian respondents’ answers placed the country among the most optimistic ones, which can significantly slow any efforts and actions to reduce the impact of climate change on our country, Mediana Fides warned.

The survey showed that only 70.4% of Croatians think that climate change is a result of human activity, which places Croatia in 39th spot, the last but one. In Slovenia, the number in question was 86.8%, and in Italy 83%.

As for the question of climate change presenting a serious threat to humankind, only 67% of Croatians think it is true, putting the country in third place from the bottom, ahead of Pakistan (62%) and China (56.8%).

With regard to the claim that it is already too late to reduce the effects of climate change, Slovenians expressed a more positive opinion than Croatians. In Croatia, 57.4% of respondents disagreed with the claim, compared to 63.1% of Slovenians and 35.4% of Italians.

Majority thinks that global warming is a serious threat to humankind

A large percentage of respondents from all countries included in the survey agree with the claim that global warming is a consequence of human activity (84.4%) and that it poses a great threat to humankind (84.5%).

However, opinions differ on the question of whether or not there is time for a change, as 45.9% of respondents stated that it was already too late to reduce the effects of climate change.

Although all regions showed the same level of consciousness, the Asian-Pacific region showed the most pessimistic outlook on the future: 54.9% of respondents think that it is too late to take action to reduce the effects of climate change.

On the opposite end of the scale is the USA with the most optimistic outlook: 54.6% think that there is still time to take action, most probably due to American policies that refuse to take climate change seriously.

Although grave anxiety about climate change predominates in the world in general, there are some differences among countries when it comes to the question of whether or not climate change is a result of human activity.