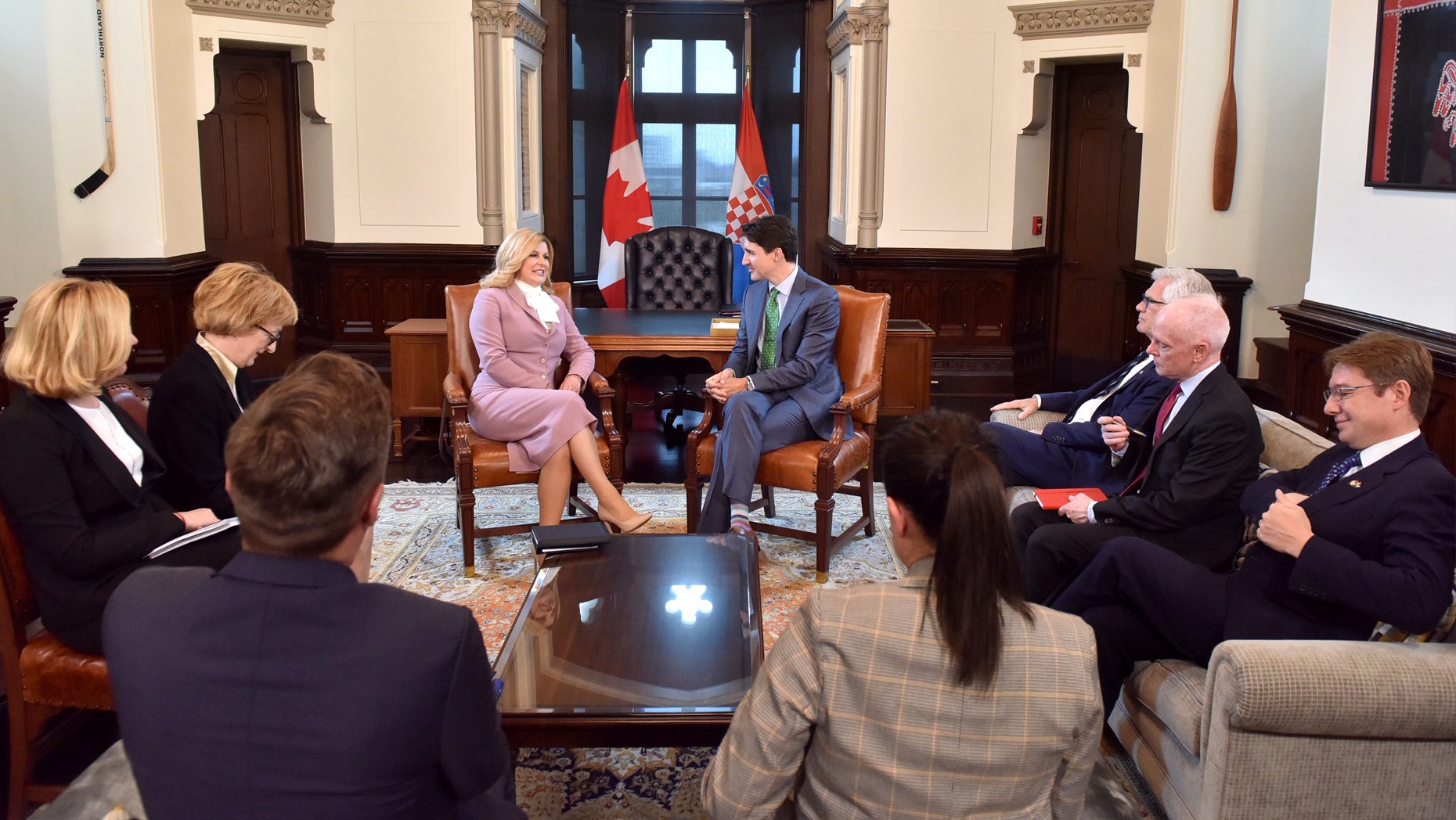 OTTAWA, 13 May 2019 – Croatian president Kolinda Grabar-Kitarović continued official State Visit to Canada by meeting with the Prime Minister of Canada Justin Trudeau on Monday in Ottawa.

Having said that Canada is home to one of the largest Croatian communities outside the Republic of Croatia, President Grabar-Kitarović pointed out during the talks with Prime Minister Trudeau the contribution of the Croatian community in Canada, not only in the development of strong relations between the two countries but also in the contribution to the overall development of Canada.

Cooperation in the field of science and education is extremely important for the overall development of relations between Croatia and Canada, the President said, expressing satisfaction with the fact that there is a wide range of cooperation between Canadian and Croatian universities, including two centres for Croatian studies at Waterloo and Toronto universities. 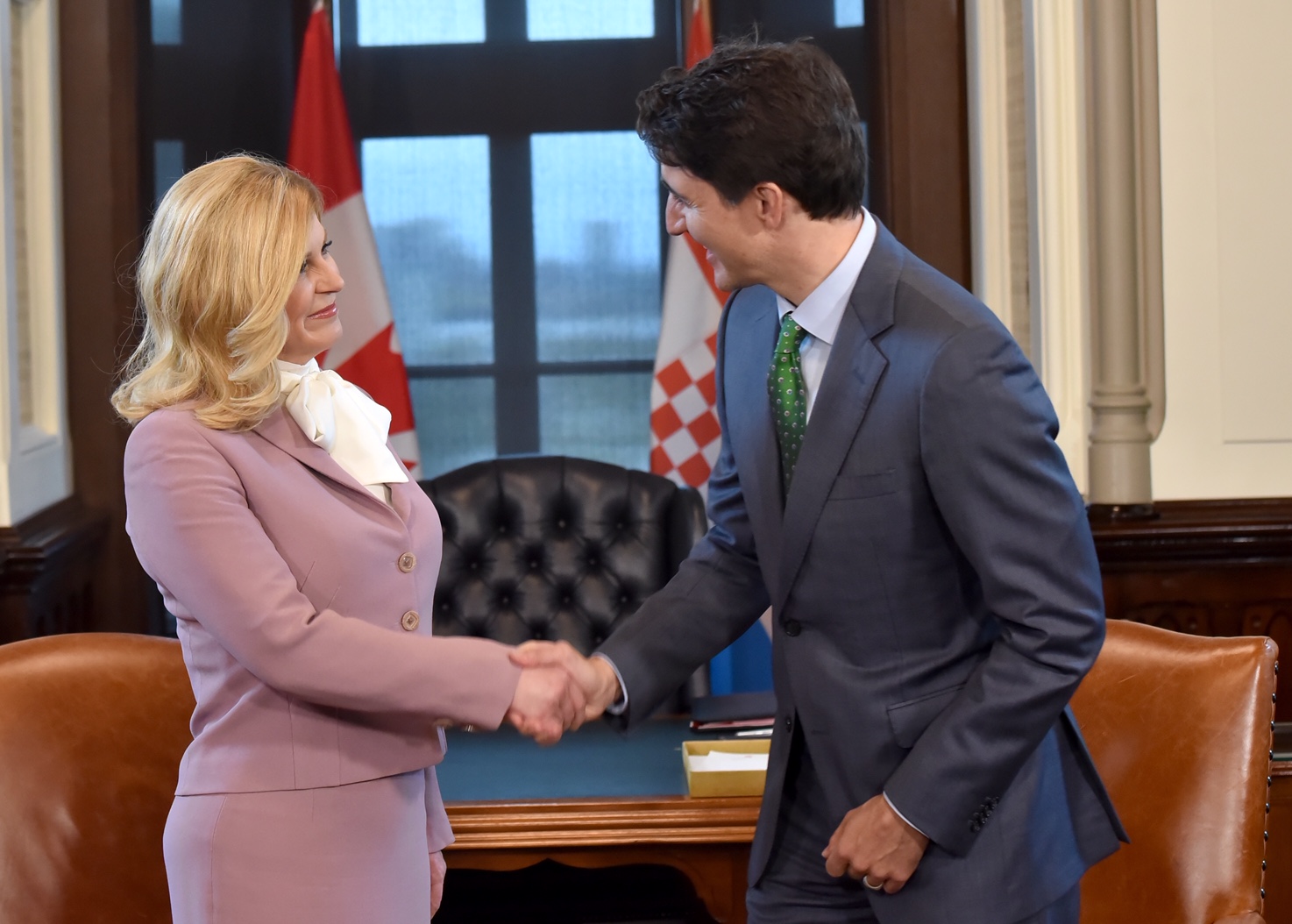 She also expressed gratitude for the Croatian language being integrated into the system of primary and secondary education in the provinces of Ontario and British Columbia.

Speaking about economic co-operation, President Grabar-Kitarović said that the Croatian government is constantly working to improve the investment climate and the legal framework to help entrepreneurs from both sides through measures that provide equal conditions for business and investment from domestic and foreign companies. President Grabar-Kitarović believes that Canada will recognise Croatia as a destination for investment.

Prime Minister Trudeau congratulated the Croatian president on taking over the presidency of the Council of Women World Leaders, the only organisation in the world dedicated to women heads of state and government.

The President thanked him and praised Canadian leadership to promote gender equality and women’s empowerment, as well as the commitment  to the Agenda of women, peace and security, the Office of the President said.

On Sunday, President Grabar-Kitarović met with the Croatian community in Ottawa.