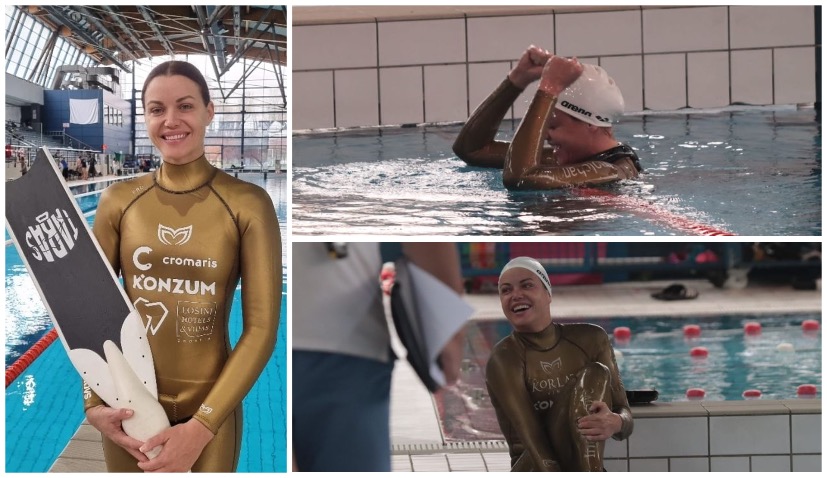 ZAGREB, 4 April 2022 – This past weekend, organised by DPS Zagreb and the Croatian Diving Association, the Zagreb Open Cup in freediving was held.

Croatia’s best diver, Mirela Kardašević, on the first day of the competition broke the world record in the women’s category of the dynamics with bifins fins (DINBF) discipline with a dive of 251.2 metres. 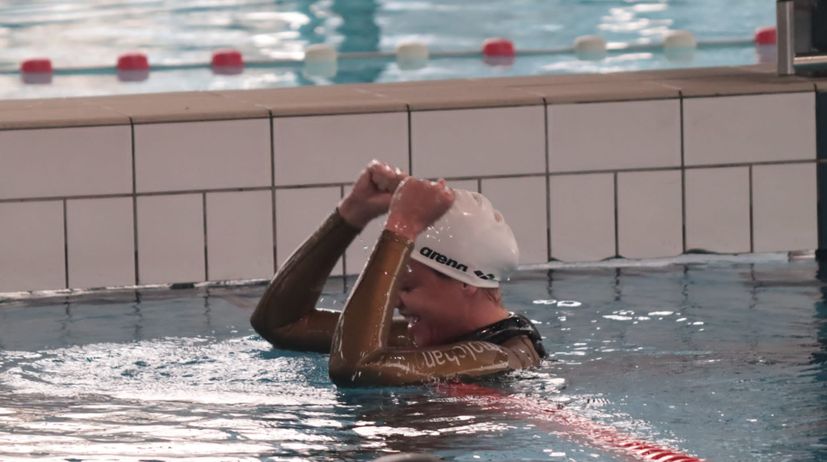 Mirela will remain recorded in diving history as the first woman to hit the 250-metre mark in the same discipline, where the record until now was 244 metres. 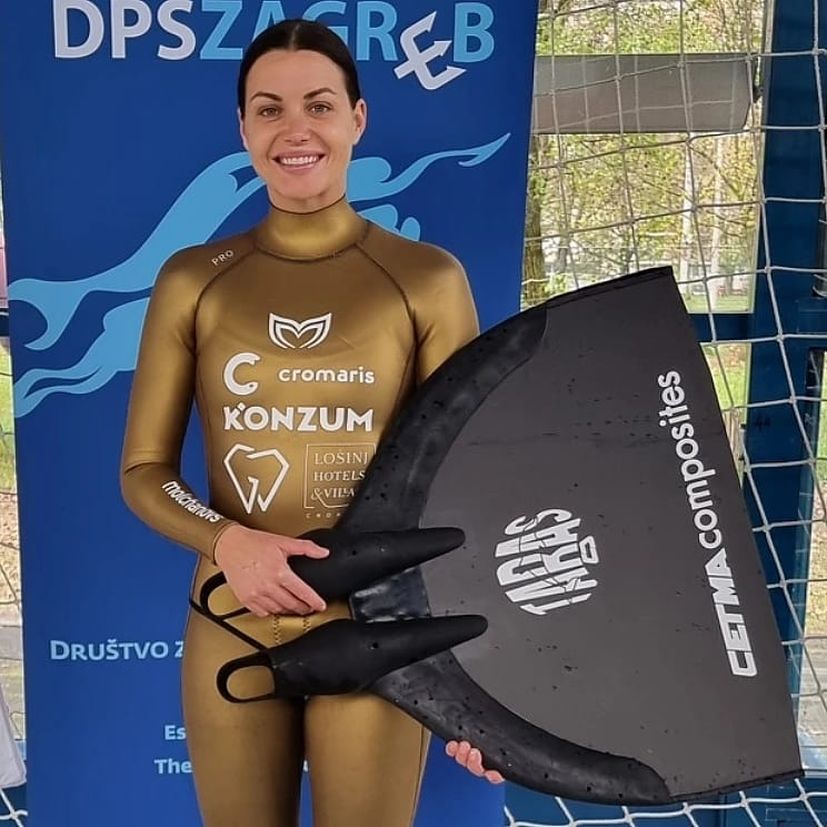 On the second day of the competition, Mirela Kardašević broke another world record, this time in the dynamics with monofin (MONO) discipline, diving 272.70 metres. 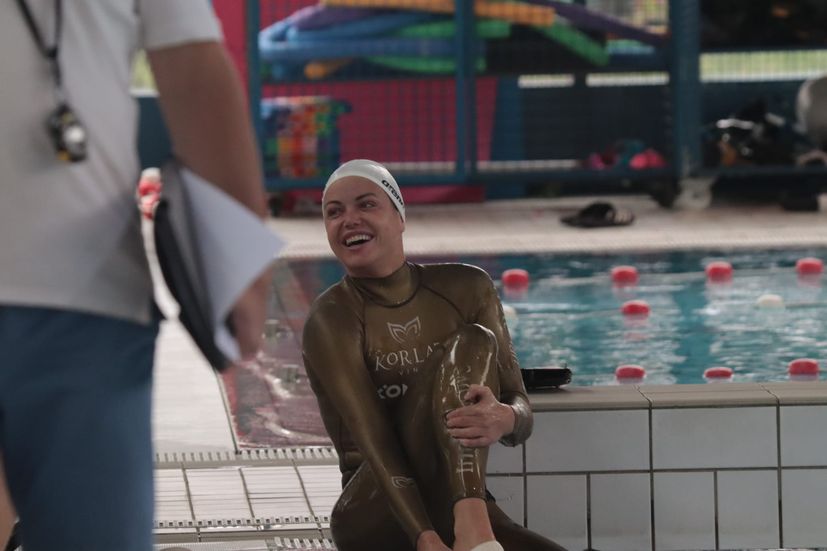 With this result, Mirlea broke the world record of 265 m held by a Polish woman and achieved a record in this discipline for the first time.

Vanja Peleš also achieved an excellent result in the dynamics with monofin discipline where he won a gold medal with a result of 254.5 metres. 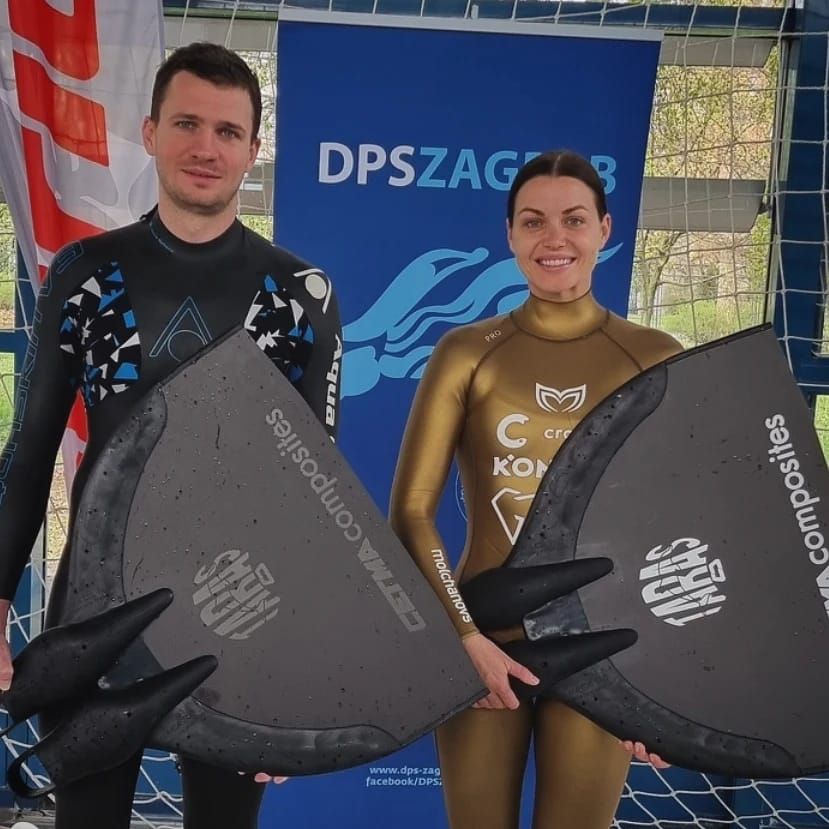 “I still can’t believe the results I achieved. I am extremely pleased with how everything went and I believe that this is the best indicator for further preparations on the eve of the World Cup. I take this opportunity to, as always, thank my coach Ivan Drviš, the DPS Zagreb club, my family and the sponsors who have supported me from the very beginning,” Mirela said after achieving her world records. 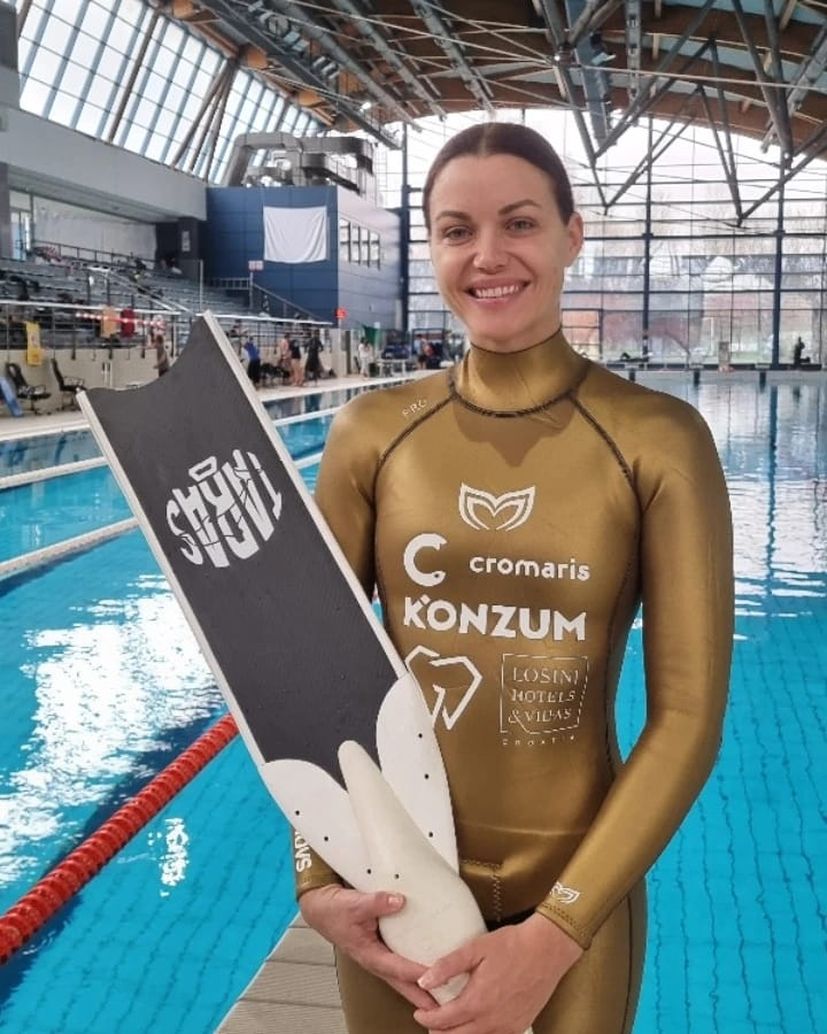 This was the last competition and the last test before the World Cup to be held in June in Belgrade.