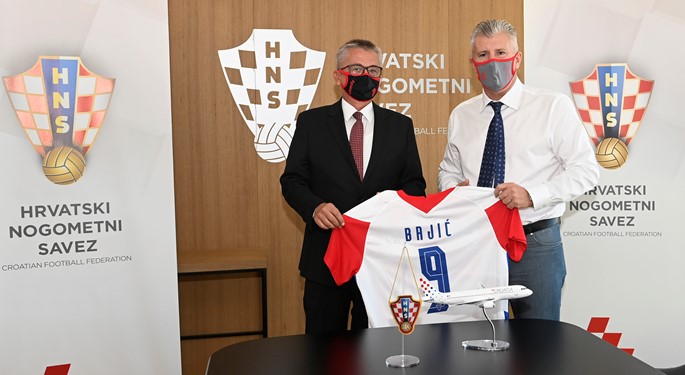 ZAGREB, 2 September 2020 – An agreement on the continuation of cooperation between the Croatian Football Federation (HNS) and Croatia Airlines was signed today at HNS headquarters in Zagreb.

The contract means Croatia’s flag carrier airline remains the official airline of the world runners-up and HNS. The contract was signed by Davor Šuker, President of HNS, and Jasmin Bajić, President of the Management Board of Croatia Airlines.

After the ‘Vatreni’ returned to Croatia on a special Croatia Airlines flight with silver medals won at the World Cup in Russia, a cooperation agreement was signed between HNS and Croatia Airlines in September 2018. The leaders of both organisations have decided to continue the partnership for the next two years.

“I am happy to continue cooperation with Croatia Airlines because I consider it natural that the Croatian national team flies with Croatia’s national airline. We are in demanding public health circumstances and that is why I am glad to continue cooperation with Croatia Airlines because I am sure that the health of passengers comes first and as our partners, they will do everything to ensure that the national team has the best and safest possible conditions for travel. I sincerely hope for a large number of joint, safe, and winning flights, “said HNS President Davor Šuker.

“The continuation of the partnership with HNS is further proof of the strong connection between Croatia’s national airline and the Croatian national football team, which has lasted for more than two decades. I believe that further cooperation between two recognisable Croatian brands, aviation, and football, will contribute to the successful promotion of our country. the world “, said Jasmin Bajić, President of the Management Board of Croatia Airlines. 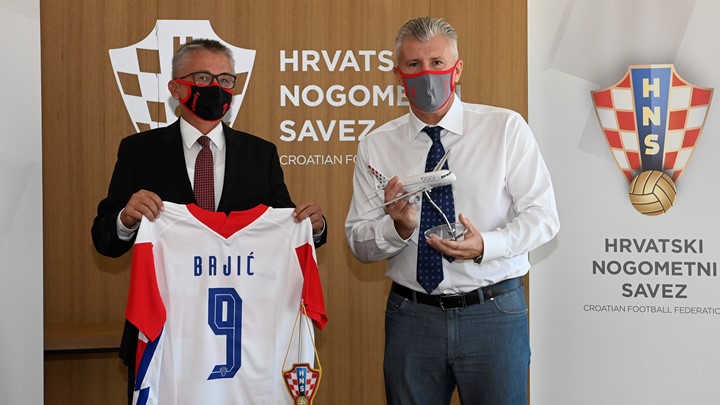 The tradition of transporting the Croatian national football team from major competitions began 22 years ago, in July 1998, when the team returned home on a Croatia Airlines plane with a bronze medal won at the World Cup in France. Twenty years later, in July 2018, a specially branded Airbus 319 aircraft with the inscription Bravo Vatreni! returned the silver-winning national football team from Moscow to Zagreb, flying over the crowded Ban Josip Jelačić Square.