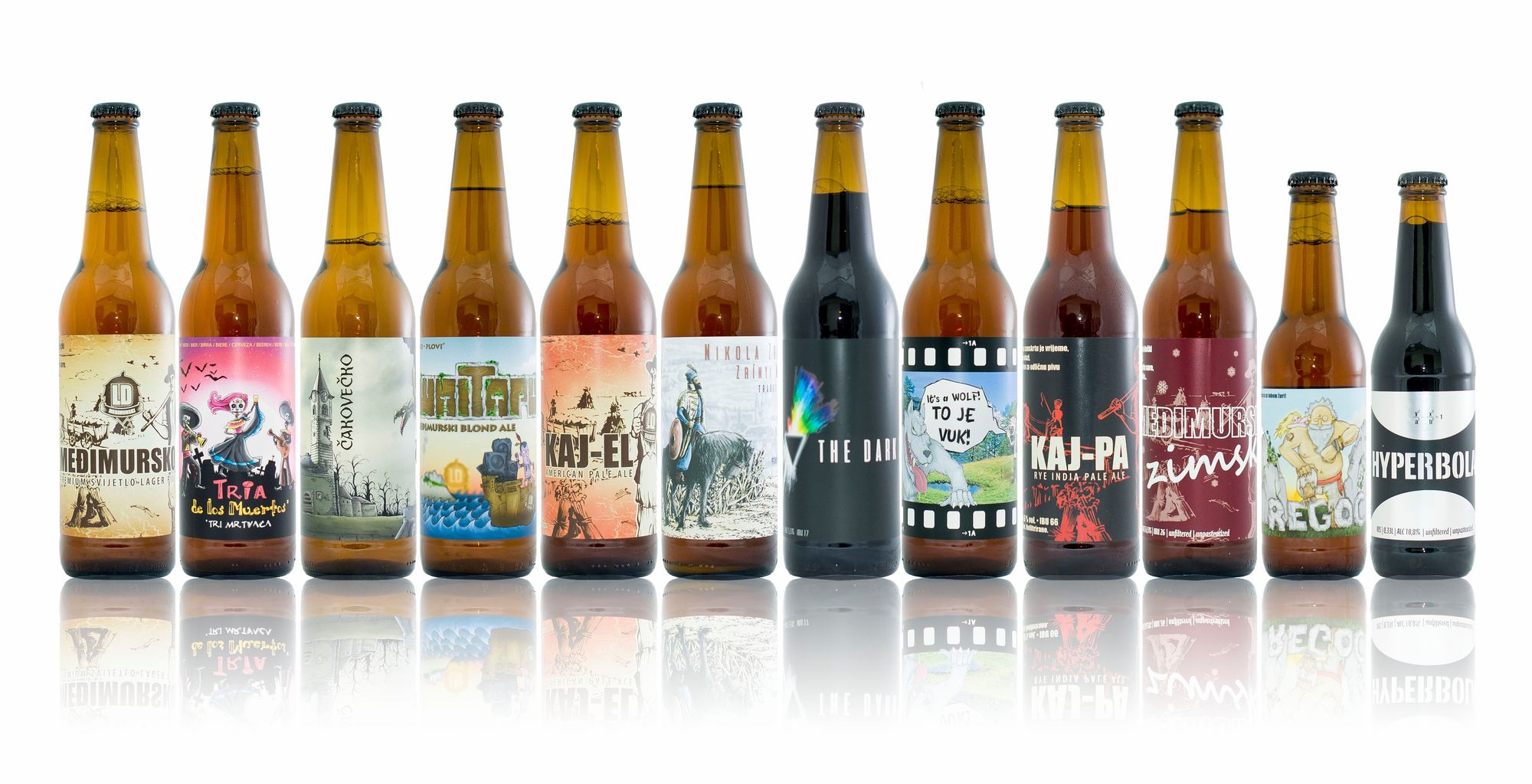 A Croatian craft brewery has scooped up a number of awards at a prestigious competition in the UK.

Međimurski Lepi Dečki Brewery from Čakovec in Međimurje has won three silver medals, a gold medal and the award for “Best Beer 2021 in Price / Quality” at the fourth edition of the London Beer Competition which was held last month.

In order to win these medals, selected beers from the Međimurski Lepi Dečki Brewery had to meet three value criteria, that of quality, price and packaging.

Međimurski Lepi Dečki Brewery took home four medals from the competition, one gold and three silver, as well as the title for the best beer for price and quality.

The Međimurje brewery won gold for its Hyperbola in the Russian Imperial Stout category, and silver for its Međimursko in the lager category, Čakovečko in the pilsner category and Regoč in the imperial IPA category.

“We are extremely proud of this important award and recognition of our work. We take home four medals from London and the title of the best beer in the price and quality category,” said the owner of the Međimurski Lepi Dečki brewery, Danijel Radek. “We create the beer that the customer wants, that is attractive, high quality and enjoyed, and this has been recognised by the industry that has supported and rewarded our philosophy.” 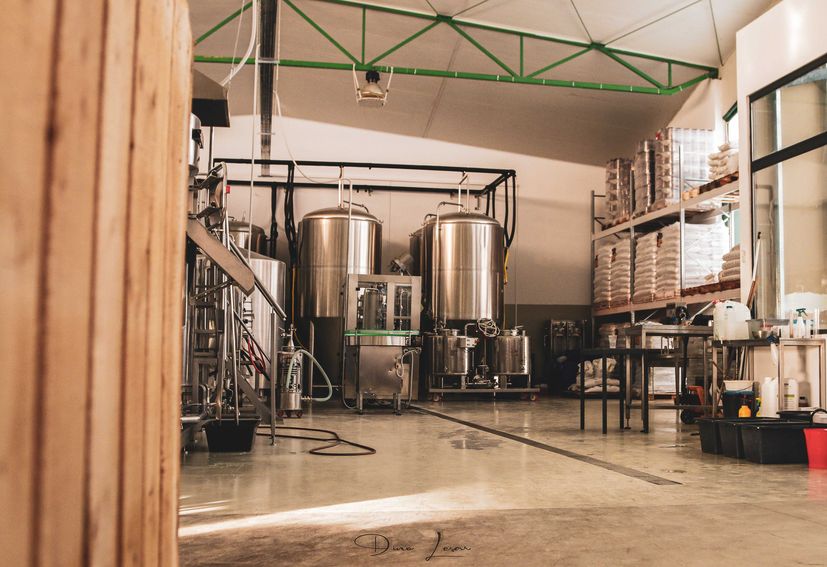 Sid Patel, CEO of the competition, on behalf of Beverage Trade Network, on the occasion of the award ceremony said:

“The beer craft revolution has spawned many new and rediscovered lost and forgotten beer styles. Our beer judges extensively tasted and discussed the qualities of all registered beers from the aspect of the customer, beer lovers, but also the beer sommelier and the profession. The quality of the beer itself is evaluated professionally, but it is important to evaluate the quality of the packaging, but also the price-quality ratio.”

Beer was judged on a scale of 1 to 100 at the London Beer Competition, where beers with over 90 points won gold medals, while those with over 76 points won silver.

Međimurski Lepi Dečki was founded in 2016 in Čakovec, and since 2020 it has been operating in a new production plant with a production capacity of 600,000 litres per year. They have as many as 18 different beers in their beer portfolio, and at the competition in London, as many as four were awarded medals. 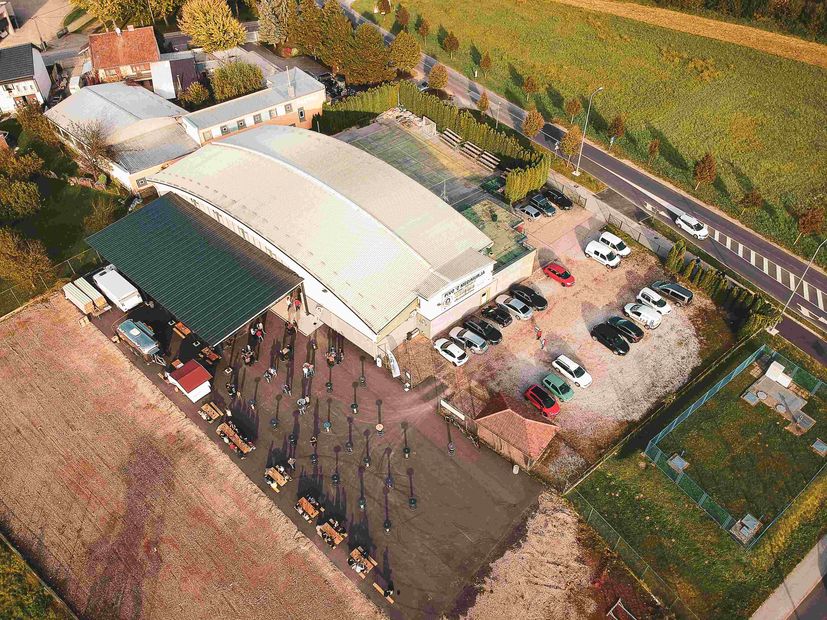 The first beer produced in this Međimurje brewery was Međimursko, a lager that received 82 points, the same score the Čakovečko, a pilsner and one of the most popular beers in the portfolio received. 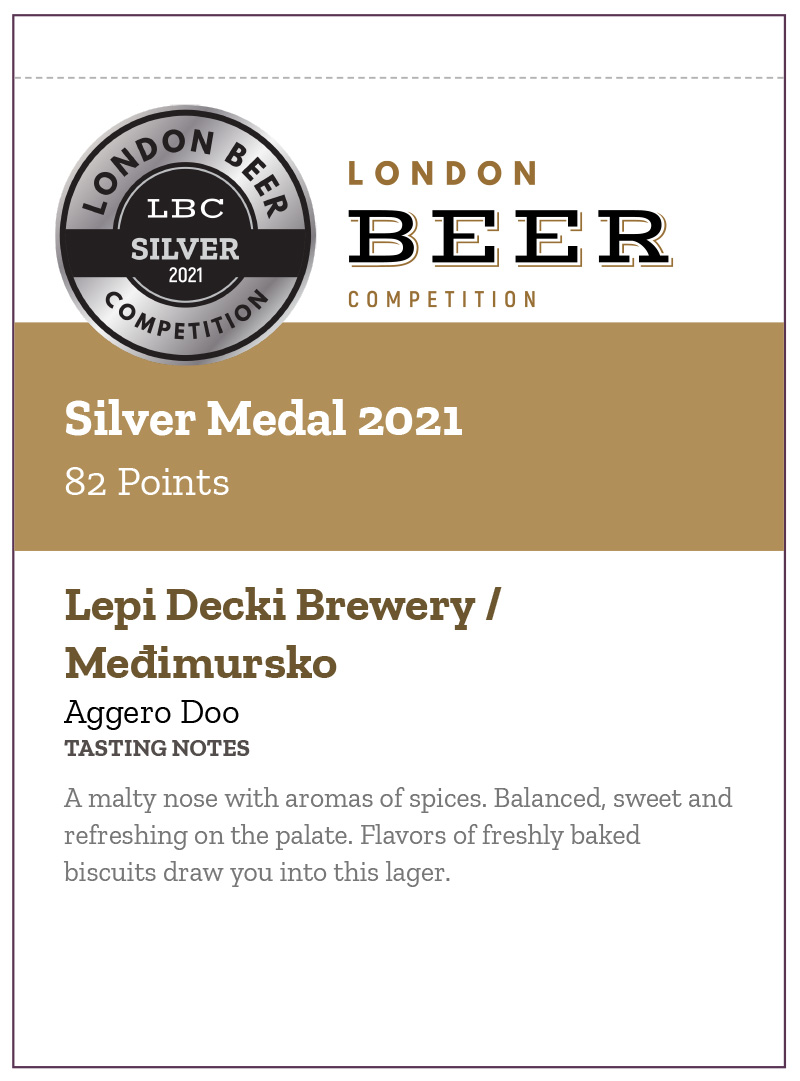 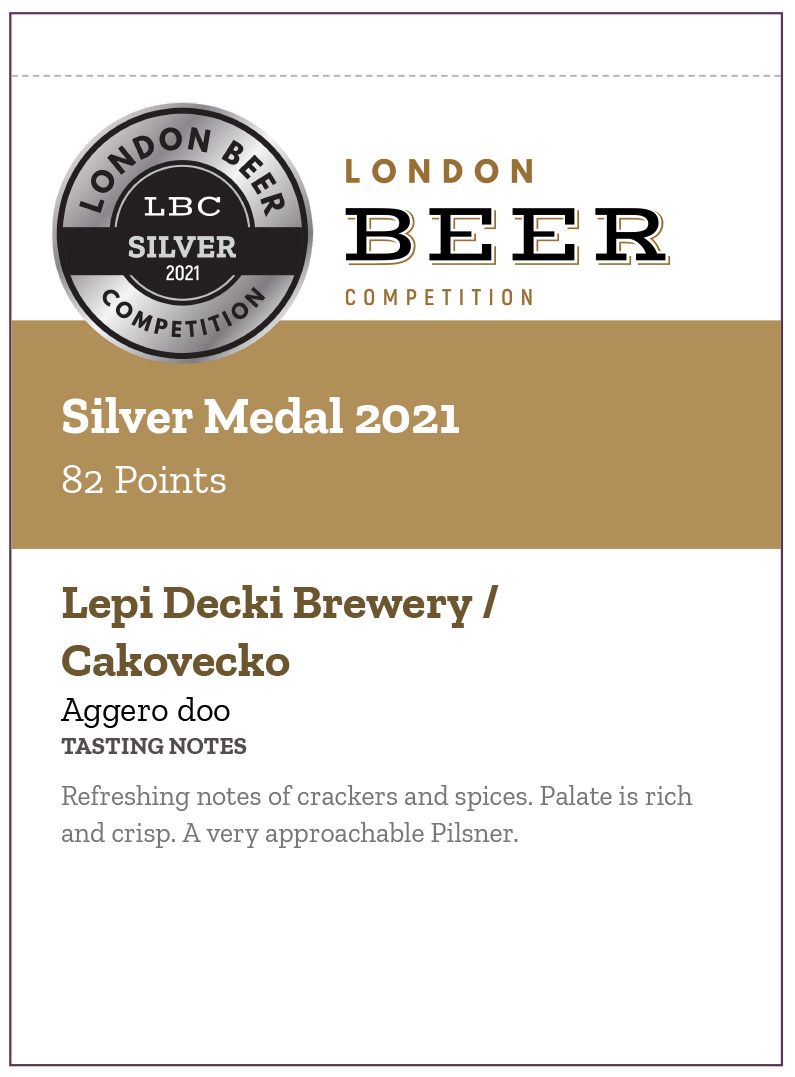 The third silver medal with 83 points went to Regoč, until recently the strongest and most intense beer of the Imperial India Pale Ale style, a thick, full beer with aromas of enticing fresh biscuits and citrus on the palate that goes well with food. 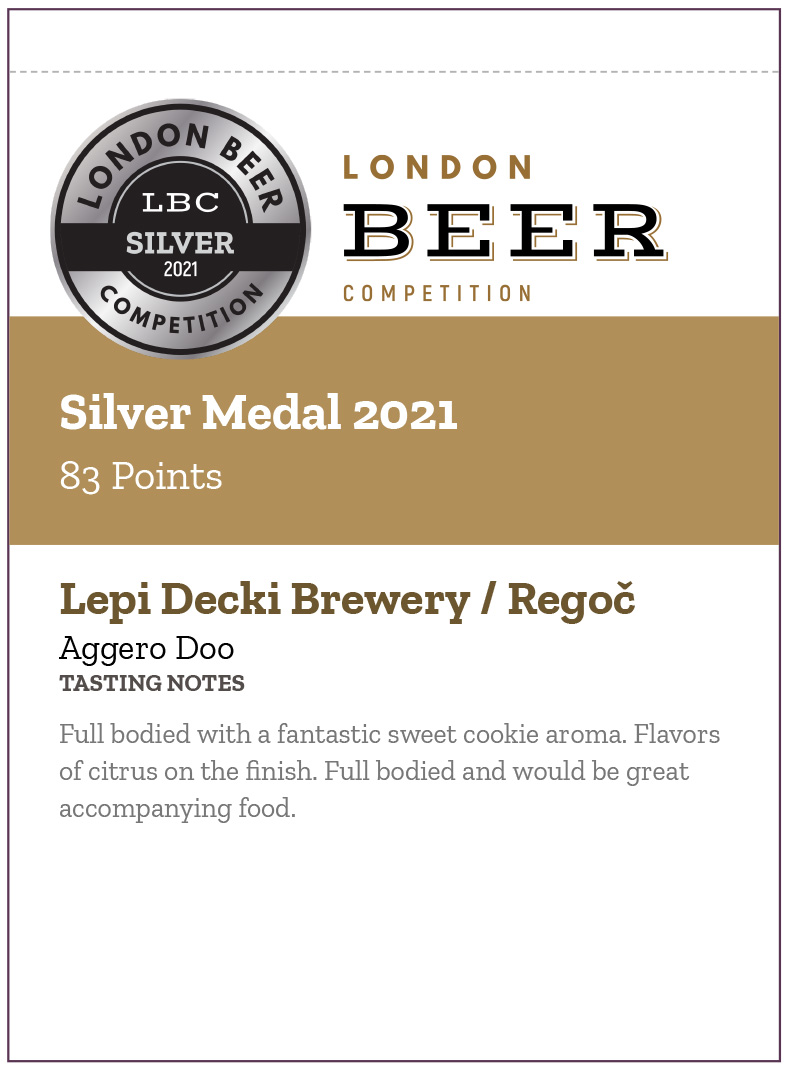 “From the very beginning of the brewery, we have been producing lagers, pilsners and that has been our focus, so these awards are just a confirmation that we are going in the right direction,” adds Radek. “In addition to the basic lager portfolio, of course we also do intense, demanding styles such as Regoč and Hyperbola which are by default our best rated and praised beers!”

The winner among the beers at the competition in London in the price-quality ratio category is Hyperbola, a thick, dark, complex beer in the style of the Russian imperial stout, with notes of chocolate, coffee and spices. On the palate you feel the density of beer and abundant earthy notes, flavours and aromas of berries and milk chocolate. 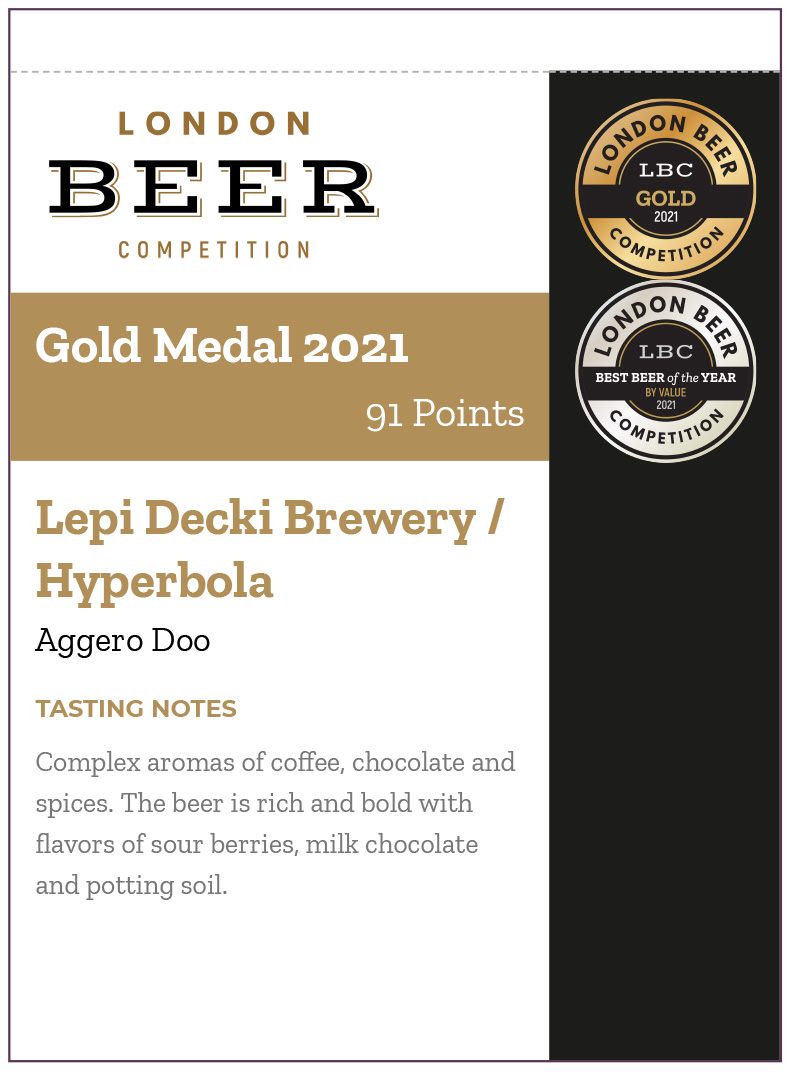 All beers of the Međimurski Lepi Dečki brewery are distributed nationally, and with this latest recognition, we have no doubt that exports will start soon.

You can find out more about the brewery on their website here.