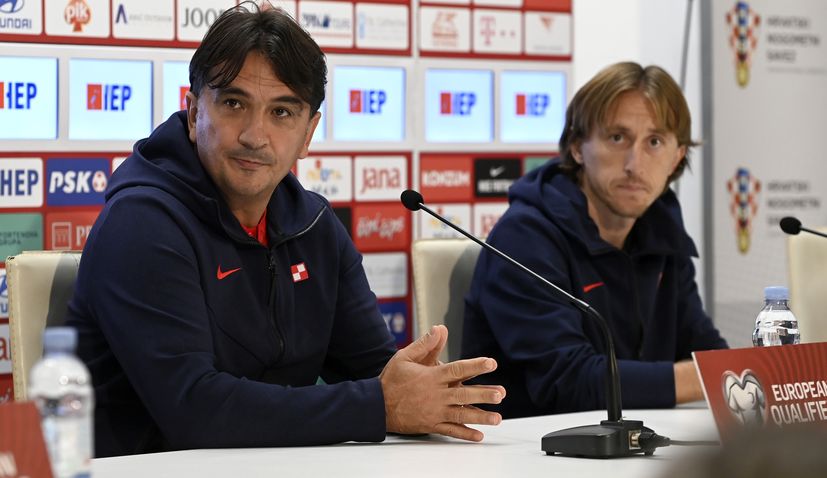 Croatia takes on Russia on Sunday in Split in a match which will decide who will qualify directly for next year’s World Cup in Qatar.

Coach Zlatko Dalić is aware of the importance of the match, but also firmly convinced that Croatia will show its true face at the Poljud Stadium.

“We respect the Russians, they won five games, the new coach Karpin did a great job. However, we are playing at Poljud and I expect the team to respond in the right way,” points out Dalić, who has thoroughly analysed his opponents.

“Karpin was attacking when he was a player, Russia now plays significantly differently than against us at the World Cup and that is a win for them. He also changed some players. They say attack is the best defence and I agree with that, but they will play as much as we let them. During the first match in Moscow, it was more about not conceding on both our and their side, tomorrow is a different story,” Dalić said.

“Karpin put in a couple of young players, but the backbone of the national team remained the same. In defence, it is Dzhikiya, in the midfield Golovin, and in attack Smolov. I know that coach Karpin has a dilemma on the right wing, he chooses between Miranchuk and Mostovoj. I think he will put defensive midfielders in the squad to neutralise our strong midfield. Ćorluka and Olić help me a lot, but I didn’t have an insider for Russia. There are no secrets. Dzikija and Barinov will definitely return in relation to the match with Cyprus, Russia will play in the 4-3-3 system, my assistant Ladić has watched them in the last three matches. We know everything, but we have to show it on the field as well.”

“All the players are available and all are healthy. The math is clear, they only play three points against Russia. Changes in the team? We certainly won’t change much much, maybe some details in the lineup, but whoever goes out on the field, I trust them. All the players are at a good level and whoever I put in, I will not make a mistake,” Dalić concluded.