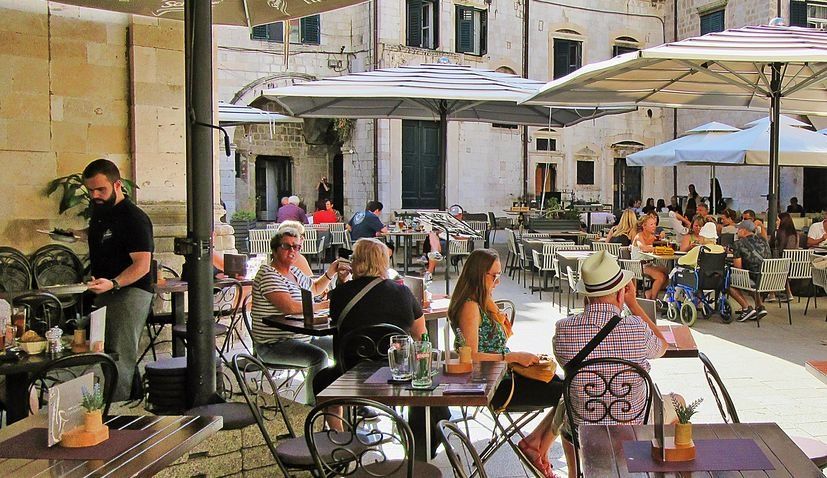 ZAGREB, 15 April (Hina) – The head of the national COVID response team, Interior Minister Davor Božinović, said on Thursday that the epidemiological measures in force until midnight tonight would be extended, underscoring that the restrictions would not be tightened at the national level, but as necessary from county to county.

Speaking to the press after a meeting of the government’s Scientific Advisory Council, Božinović said that meeting mostly focused on the current situation with the spread of coronavirus.

County response teams, he added, will adopt stricter measures depending on the epidemiological situation which at the moment will not be ramped up at the national level.

He said that the situation varies from county to county, adding that currently Primorje-Gorski Kotar has the strictest measures.

Vaccines no longer doubtful in Croatia

Božinović announced that an additional 50 million doses of vaccines were arriving in the EU in the second quarter and he expressed hope that the number of doses for Croatia would not be brought into question.

He added that the experts had different opinions regarding school lessons but there is no reason now to change the decision for schools to go online as the number of those infected is not falling but actually increasing.

Asked what number would be required to ramp up restrictions according to the experts, Božinović said that some countries that introduced so-called traffic lights had tied their own hands in some situations.

“We are referring to trends here. We are monitoring the situation on a daily basis and applying measures on a county to county basis. I think that we won’t refrain from that approach as it has shown to be correct so far,” he underscored.

As far as mistrust towards the AstraZeneca vaccine is concerned, Božinović said that reports by the HALMED medical agency and the Croatian Institute for Public Health “have not had any experiences that are being referred to in other countries.”

However, it will be necessary to improve the trust in that vaccine through communication with the public, recalling that government members, including the Prime Minister, were inoculated with that vaccine.

“It is important for the overall public to realise that the pandemic has affected all four corners of the earth and that we will come out of this situation when an adequate solution is applied in all the countries affected by COVID,” Božinović underlined, adding that it was important for the vaccine to be available everywhere.

Of 10,876 tests performed for coronavirus in Croatia in the last 24 hours, 27%, that is 2,927, have turned out to be positive, the national COVID-19 crisis management team reported on Thursday.

Currently, there are 15,307 active cases of the infection, including 1,988 patients in hospitals, of whom 179 are placed on ventilators.

To date, under the Croatia’s vaccine rollout plan, 617,516 doses have been administered. As many as 381,164 people have received the first shot of the two-dose vaccine, while 117,283 have been inoculated with both doses.