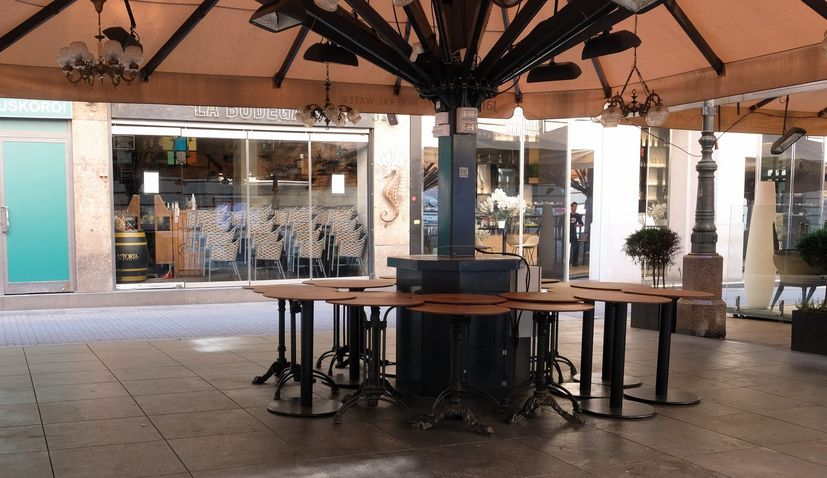 ZAGREB, 22 February (Hina) – The head of the national COVID-19 management team, Davor Božinović, said on Monday talks had begun on relaxing epidemiological restrictions but that certainly not everything would reopen on 1 March.

Speaking to the press, he said “key talks at government level will be held in the middle of the week. Everything, as it has from the beginning, depends on the epidemiological situation, which is good despite certain increases (in numbers).”

Relaxation should be gradual, rational, in the context of the overall epidemiological situation

Božinović said Croatia was among the countries with the lowest incidence of new coronavirus cases, but that it was necessary to follow what was happening in and around the country. Talks will continue with the relevant ministers with the aim to normalise as many things and to reopen as many businesses as possible, he added.

He said that “if these trends continue, the possibility of certain relaxations certainly exists” as of 1 March.

Božinović said that during the COVID-19 crisis Croatia had been one of the most open countries in the EU, noting that some businesses operated “under certain restrictions” and that further relaxations should be gradual, rational and in the context of the overall epidemiological situation.

Inspection team sent to Dubrovnik due to out-of-turn vaccination

Asked about out-of-turn vaccination, Health Minister Vili Beroš said almost all health institutions had sent reports and most said there had been no major professional oversights. This means, he added, that not too many young people who are not in the priority group have been vaccinated.

He said an inspection team had been sent to Dubrovnik to establish if there had been omissions and the level of responsibility. Those vaccinated out of turn have been older people with many underlying conditions which, he said, is not a professional, but an ethical oversight.

As for the demands of patient transport drivers, Beroš said it had been agreed to raise their job complexity index and that a regulation was being drawn up.

Commenting on fewer checkups and operations in hospitals this year, he said checkups were down between 19 and 28% on the year. He said this was happening around the world as hospitals were focused on COVID-19.

Another 508,630 vaccine doses arriving by end of March

Another 508,630 doses are expected by the end of March, he said, adding that there were firm promises that what had been promised would be delivered.

Croatia ordered more vaccines than necessary and hopes that, with those to be delivered in Q2, it will cover its needs and manage to vaccinate 50% by June, Capak said.

He went on to say that mass vaccination began this week at various locations in Zagreb, and said that those vaccinated should continue to wear masks “until the transmission of the virus and the number of infections decrease significantly.”

Capak said that today there were 2% more new infections than last Monday.

Croatia’s 14-day incidence is 111.2, with Istria County having the lowest (30.2) and Dubrovnik-Neretva County the highest incidence (219.4). Croatia ranks third in the EU with the lowest incidence after Denmark and Finland. Croatia’s mortality per million inhabitants is 1,331.9, ranking 19th in the EU.

Today 3.2% of those tested have been positive, while the 14-day percentage is 6, Capak said. He added that 927 suspected vaccine side effects had been reported, 822 to the Pfizer vacine, 48 to Moderna and 57 to the AstraZeneca vaccine.