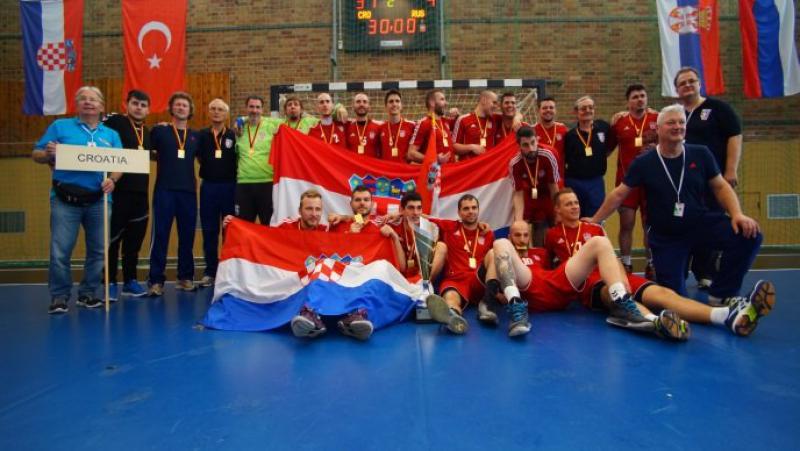 Croatia has won the 11th European Deaf Handball Championships which ended in Berlin, Germany on Sunday…

Croatia, who won the title back in 2012, beat Russia in Sunday’s final 31:24 to win gold. The Croatians played fantastic handball all week and topped their group after beating Italy (32:12) and Serbia (30:18).

Croatia were the winners in 2012 also

In the semi-final Croatia came up against the hosts Germany and they took out a close contest 23:22 to set up a final with the Russians today.

Croatia’s Tomislav Bošnjak was named player of the tournament.