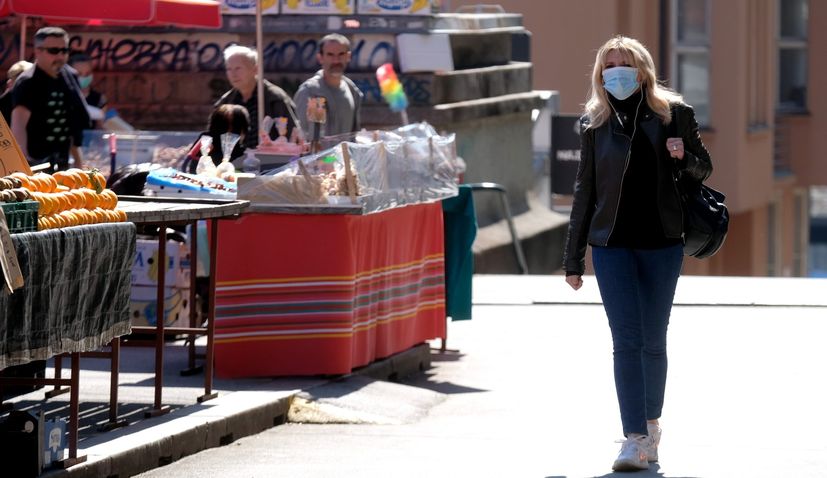 ZAGREB, 18 January (Hina) – The head of the national COVID-19 crisis management team, Davor Božinović, said on Monday that the despite the fact that the current epidemiological situation was good, they did not want to risk a third wave occurring and that the impact of each measure on the decrease of infections would be assessed.

He stressed he could not specify whether the current measures would be relaxed after 31 January, but until then each existing measure would be evaluated.

Commenting on claims about the introduction of vaccination certificates which could enable citizens to travel, Božinović said there were no formal discussions on them.

“We are currently not considering those options,” he said, adding that some countries are thinking about it.

“If there is a joint approach at the EU level, we are going to actively join those talks. At the moment, the quantities of vaccine in the EU and Croatia, and more or less in the entire world, are too small for such decisions to be made. At this moment I think it is too soon,” Božinović said.

The head of the Croatian Public Health Institute, Krunoslav Capak, said that from 12 to 18 January there had been 29% fewer new infections than in the preceding week, from 5 to 11 January.

Capak said that a new tranche of 17,550 doses of the Pfizer vaccine had been delivered to Croatia today. Part of it will be used to administer the second shot to people who have been vaccinated.

He said that 122 suspected side effects had been reported to date, most of which had been mild side effects but there had also been several more severe allergic reactions.

Capak announced that the next tranche of Moderna’s vaccine would be delivered on 25 January – 4,800 doses. He did not agree with reporters’ claims that the delivery in the EU was slower than in countries who had negotiated with manufacturers by themselves.

“I hope we will receive sufficient quantities of the vaccine to vaccinate all those interested in our population, which is most important,” Capak said.

Capak confirmed claims that Pfizer was reducing the delivery of vaccine doses but that the reason for that was the reconstruction of the vaccine production plant, the goal of which was to increase production and reach the agreed vaccine quotas.

As for Croatia, there is no official confirmation that the delivery of the vaccine will be reduced, he said, adding that as of 15 February the deliveries will be significantly increased.

Markotić: We must remain prudent to avoid third wave of epidemic

The head of the Zagreb Dr Fran Mihaljević Infectious Diseases Hospital, Alemka Markotić, said that the lower number of new infections was reducing the pressure on the hospital system, and that the number of discharged patients had been exceeding the number of admitted patients in recent days.

She underscored that despite that one must not ignore the situation in Europe.

“Some countries are registering a spike that occurred in a short period of time, probably due to the mutated version of the virus,” Markotić said, adding that one must be careful to avoid a third wave of the epidemic.

She said that a decision to close the Arena sports hall in Zagreb as a tertiary centre for coronavirus patients had not been made yet, although it was being considered.