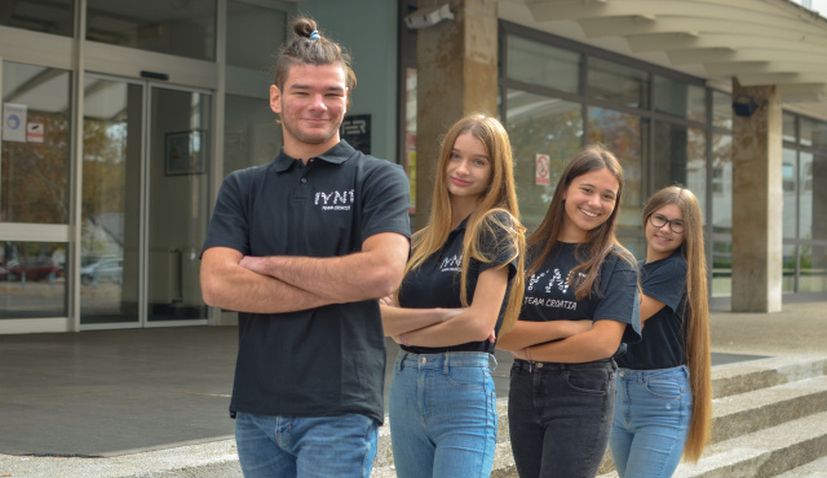 The Croatian team has won 1st place and gold at the 8th International Young Naturalists’ Tournament – IYNT, which took place in the online edition on October 30-31.

For six years in a row, Croatian high school students have won a medal at the prestigious tournament.

This year’s gold is the Croatian team’s third, and they shared first place with their peers from Georgia and Switzerland. The International Young Naturalist’s Tournament – IYNT is a competition in the field of natural sciences that was supposed to be held in St. Petersburg, Russia, but due to the pandemic it was held online.

The Croatian team consisted of Marita Machata from Zagreb’s V Gymnasium, Marko Drozdek from Rijeka’s Andrija Mohorovičić Gymnasium, Ivona Halas from the Požega Gymnasium and Đurđica Kovačić from the Third Gymnasium in Split. Their mentors were Magdalena Živković, and Noa and Zoa Jelić Matošević.

“Our national team was selected in January at the National Tournament of Young Naturalists where a six-member team was selected. Despite many obstacles, isolations and dropouts, we still won a gold medal as the smallest (gold) team in the history of the competition. I must also mention that Croatia has been winning medals at this competition for the last six years, to be more precise, we won two bronze medals in 2017 in China and 2018 in Georgia, one silver in 2016 in Iran and now three gold in 2015 in Belgrade, 2019 in Belarus and the most recent one,” 15-year-old Đurđica told Slobodna Dalmacija.

In the tournament, students demonstrate the ability to solve complex problems and present solutions through discussion. Problems are open, related to phenomena from the everyday environment, and often without a known final solution.

“Themes vary from year to year. 17 problems from the STEM area are set in advance, so depending on other teams, a maximum of six are presented, and this year we presented chemical oscillators, taste perception, bouncing buoy, onion cells … in other words, physics, chemistry and biology,” Đurđica said.