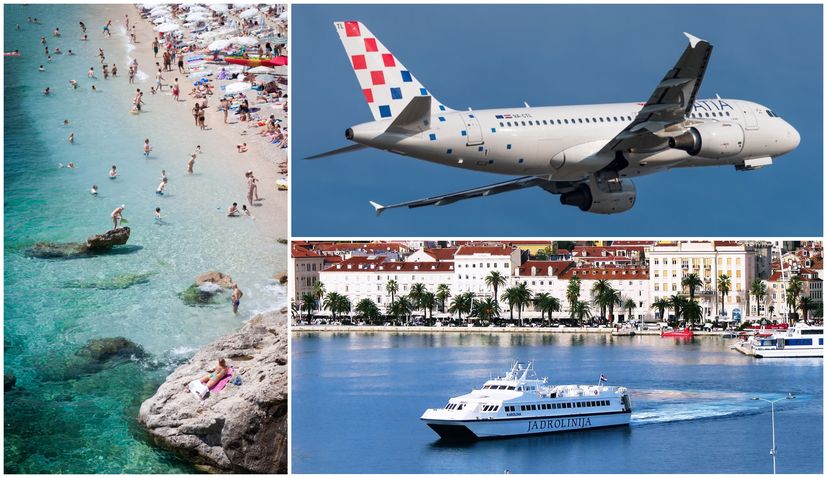 The cooperation, which is currently based on mutual advertising, will soon enable passengers to purchase a unified ticket, ie the passenger will be able to buy one ticket with which he will be able to use the services of both Croatia Airlines and Jadrolinija.

The activities of both companies are seasonal and extremely related to tourism, so any opening of additional space for the companies themselves, as well as for the Croatian economy and tourism as a whole, is more than welcome, the statement said.

During the signing of the business cooperation agreement, the Croatia Airlines CEO, Jasmin Bajić, pointed out that the challenging environment in which the domestic airline operates and everything that has further affected the entire Croatian and world economy in recent months poses new challenges which need to be responded to willingly and strategically, in order to create competitive advantages in the future.

“This is why we have decided to unite our forces with Jadrolinija, the leading passenger shipping company in Croatia, who complements our air fleet perfectly. Croatia Airlines connects Croatia with the world by air, Jadrolinija by sea, and together we can create additional benefits for passengers during their travels. We believe that our cooperation will achieve the expected goals and thus create even more satisfied travellers and tourists, making Croatia even more attractive and accessible,” said Bajic.

Jadrolinija CEO, David Sopta, pointed out that Jadrolinija is particularly pleased to have joined the business cooperation with Croatia Airlines in order to bring Croatian islands closer to passengers arriving in Croatia by plane. He stated that the number of passengers transported by their ships, which in the record 2019 amounted to 12.5 million passengers, represents a great potential for both companies in terms of offering new trips.