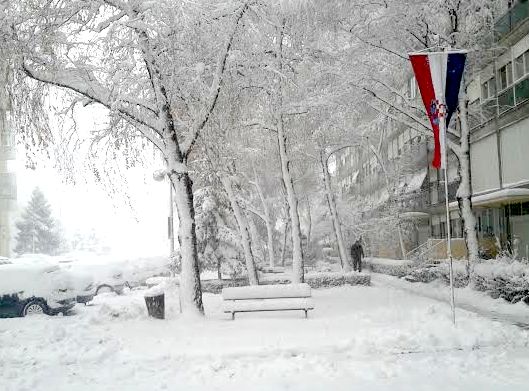 For the first time in almost two years temperatures in the port city plummeted below zero late on Monday evening. Split (-2) was not the coldest place on the Dalmatian coast however, with Šibenik recording -3 at 8am this morning. It was minus 1 in Zadar and 0 in Dubrovnik as a cold front bringing record winds swept along the coast. Makarska was one of the worst places effected by the strong bura winds, which blew at around 200 kilometres an hour – the strongest in the last 10 years say locals.