ZAGREB, Sept 16 (Hina) – The Croatian National Tourist Board (HTZ) has launched an online campaign on 13 foreign markets to thank tourists from those countries for picking Croatia as their holiday destination this year, the HTZ announced on Wednesday.

The campaign, entitled “Thank you”, will be conducted via Facebook, Instagram, and Twitter in Germany, Austria, Slovenia, Poland, the Czech Republic, Slovakia, Italy, Hungary, Belgium, France, Sweden, Switzerland, and the United Kingdom.

“This is to thank all foreign tourists for placing their trust and spending their holidays in Croatia in this challenging and unpredictable tourist year despite the epidemiological measures and travel protocols in place. Our aim is to maintain Croatia’s visibility in the selected markets and tell everyone that they are welcome in our country next year as well,” HTZ director Kristjan Stanicic said.

He said that of the total of 7 million tourists who had visited Croatia in the year to date, nearly 6 million of them were foreign nationals.

During the campaign, slightly greater attention will be paid to the German, Slovenian, Polish and Czech markets which, along with the Croatian market, supplied the largest number of tourists to Croatia. 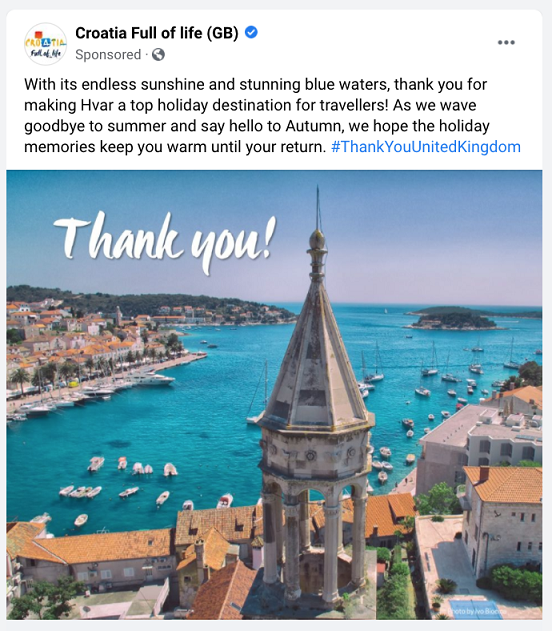 For each market, visuals of three of their favourite destinations and tourist products have been selected. For example, Medulin, Porec and Rovinj have been selected for the German market, Dubrovnik, Hvar and Split for the UK market, Crikvenica, Rovinj and Vir for the Hungarian market, and Omis, Makarska and Baska Voda for the Polish market. 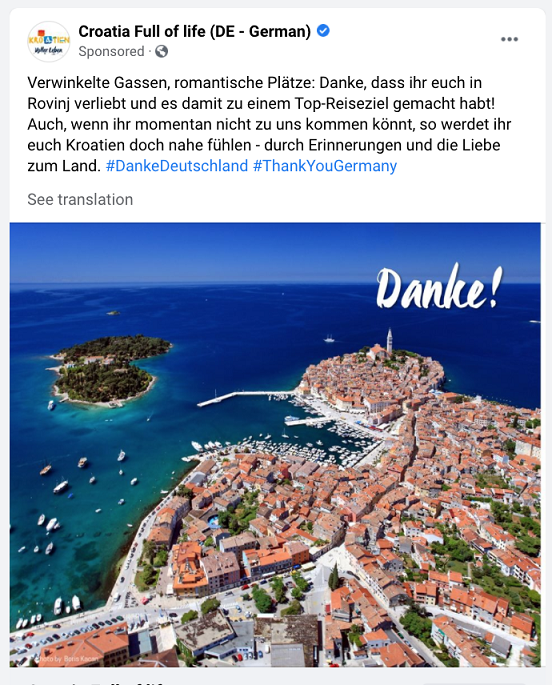 In addition to the visuals, there will also be prize contests on social media and winners will receive a packet of Croatian souvenirs.