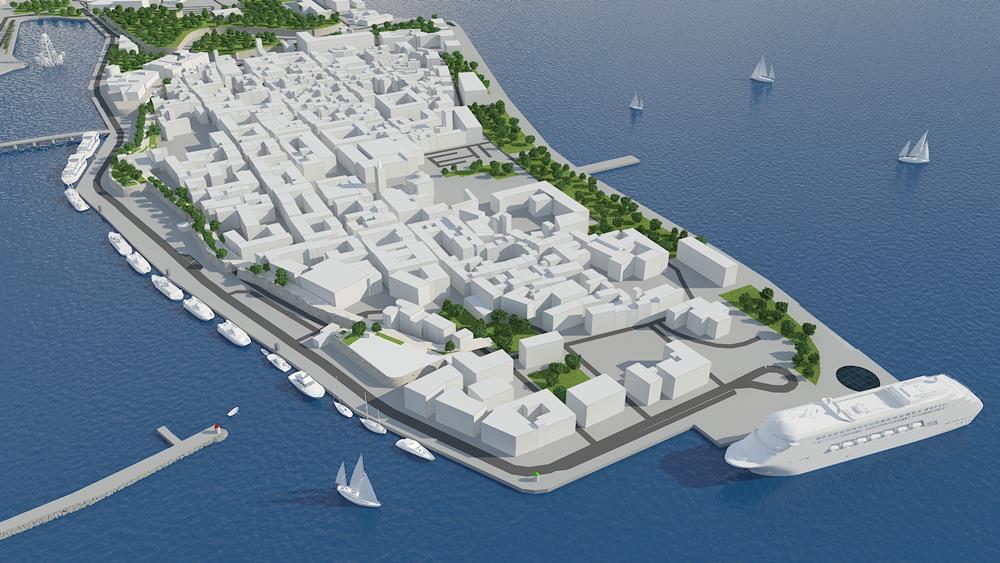 Visualization of the Zadar Riva project (Photo: Ministry of the Sea, Transport and Infrastructure)

ZAGREB, July 3 (Hina/CW) – A HRK 75 million (€10m) agreement for the reconstruction of the waterfront promenade in Zadar was signed on Friday.

The project, which will be implemented by the Ministry in cooperation with the Zadar Port Authority, is a major project. Works on the project include the reconstruction of the coast from Zadar bridge to the Greeting to the Sun monument and from the monument to the University building.

Also, it is planned to extend the pier laid perpendicular to the shoreline by about an extra 14 meters. The extended pier will have the dimensions it had when it was built a hundred years ago and when it also served as a ship dock.

According to the project documentation, the existing characteristics of the area will not be changed and the existing situation regarding the configuration of the shore, slopes and all materials used will be taken into account.

The project will be mainly financed from EU funds.

Josip Bilaver, state secretary at the Ministry of the Sea, Transport and Infrastructure, said that this was the ministry’s 103rd agreement financed from EU funds and the 102nd signed during the term of this government.