Home » Food & Wine » Advent in Zagreb: The interesting foods on offer at FOOLING AROUND by Fuliranje 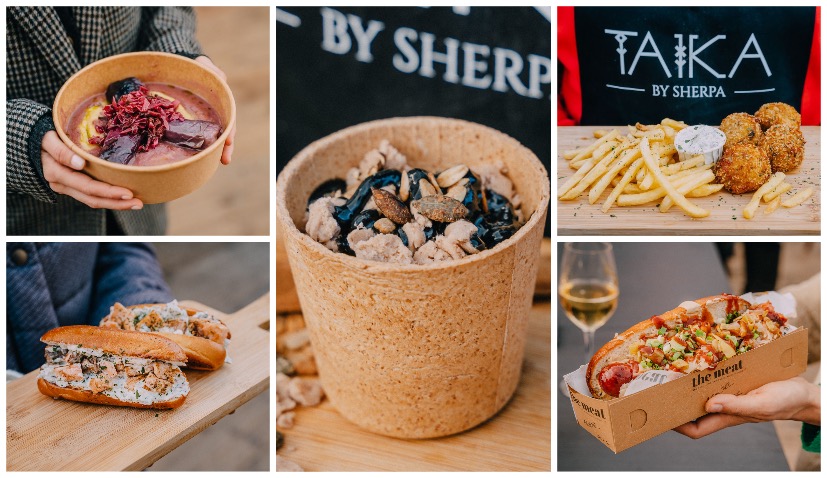 After officially opening this past weekend, Advent in Zagreb is back in all its glory. The place to be for foodies during Advent in definitely Hotel Esplanade’s Oleander terrace where FOOLING AROUND by Fuliranje is going on and Fuliranje on Strossmayer Square.

This year’s gastronomic offer is richer than ever, and there is something for everyone. Here are is a look at some of treats on offer at FOOLING AROUND by Fuliranje on Oleander terrace at Hotel Esplanade. 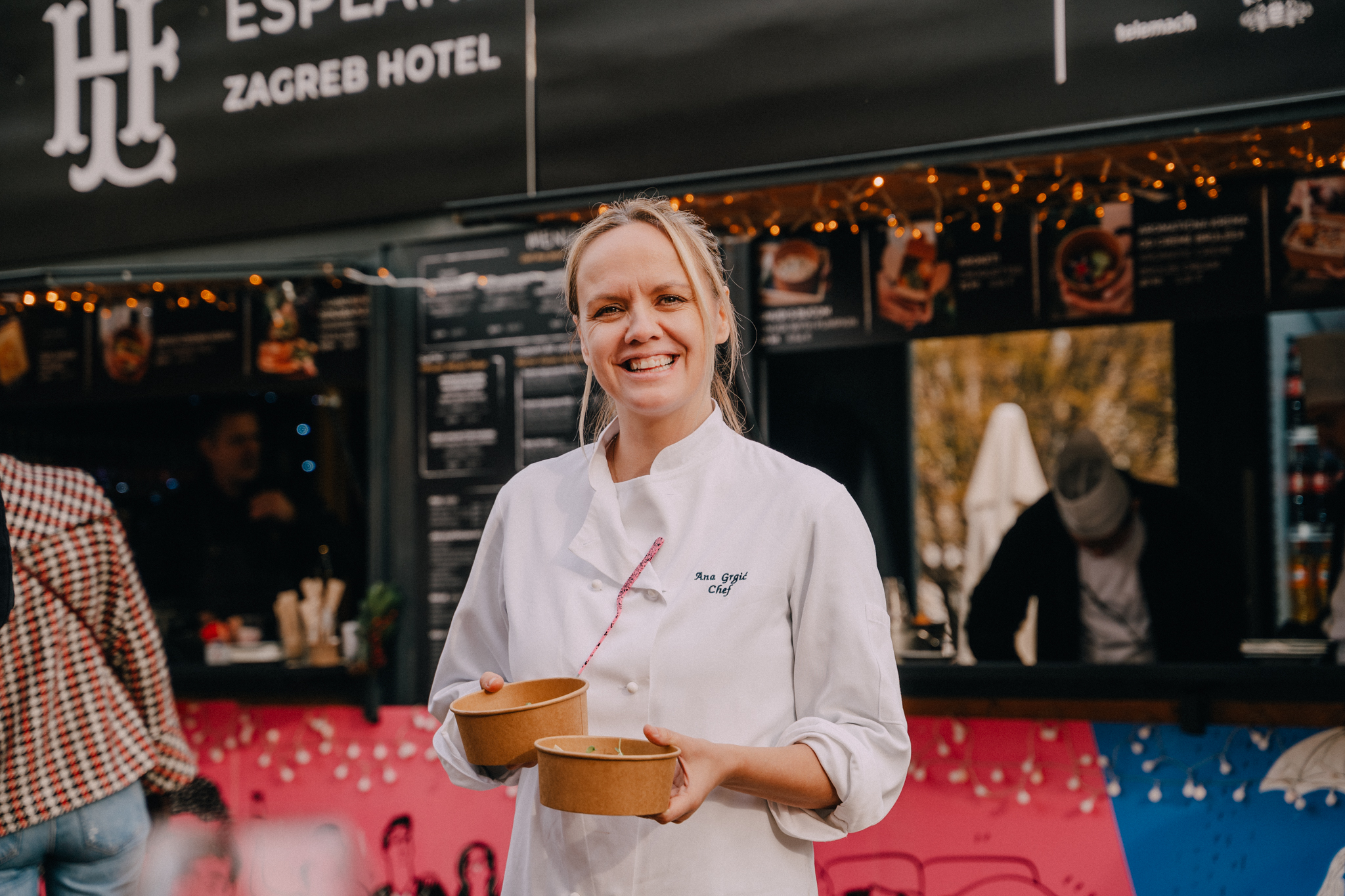 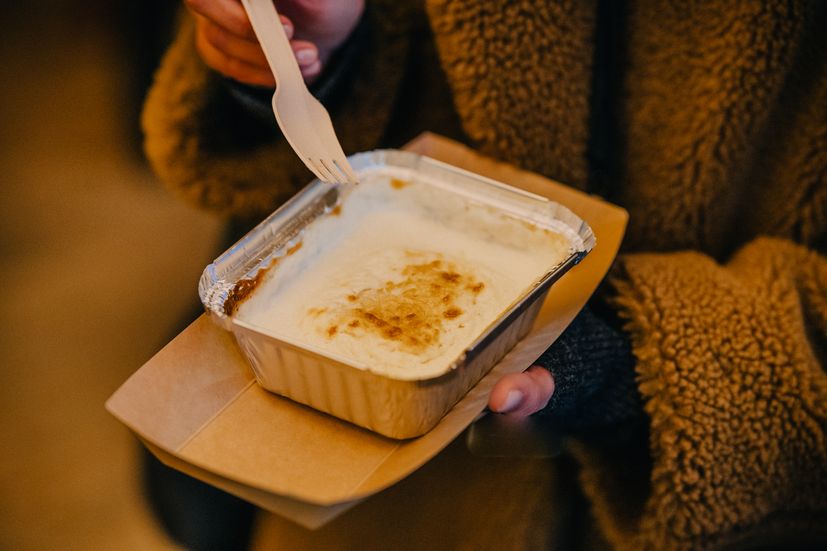 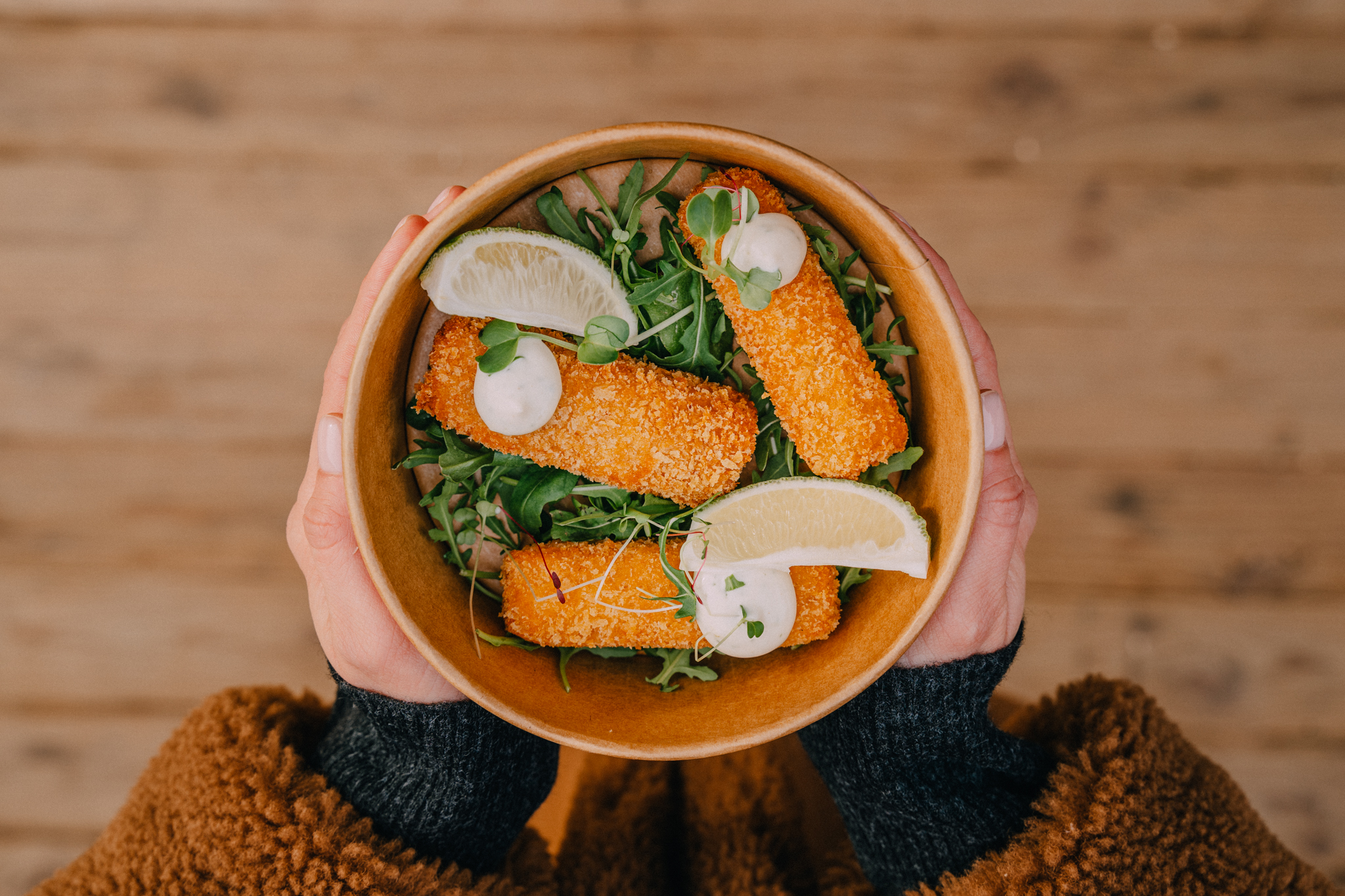 The hotel’s head pastry chef and three-time pastry champion Mirjana Špoljar presents her aromatic crème brûlée cream with a crispy speculaas crumble and a warm bread and butter pudding with hazelnuts and chocolate with vanilla cream. 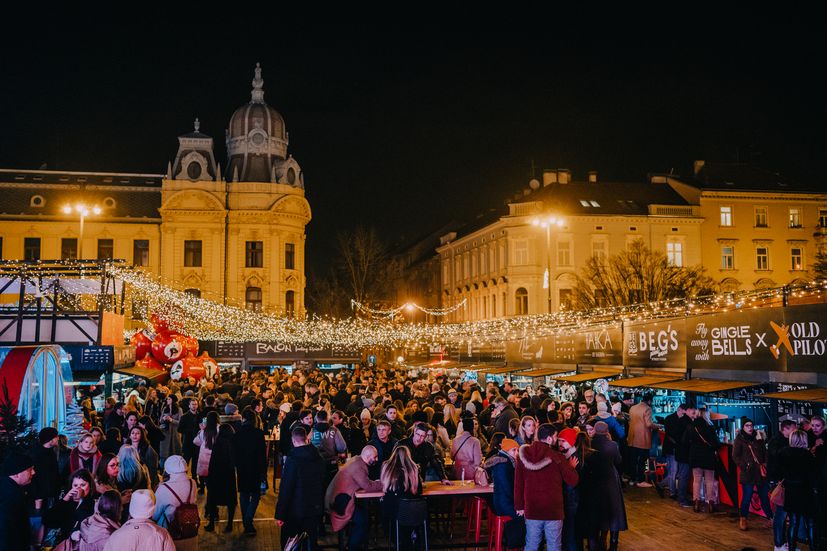 Beg’s Plant Based Street Food presents Beg’s Purple Haze – the first plant based sarma in purple greens with potato cream, which can be tried for the first time in Croatia and only at this house during Advent. 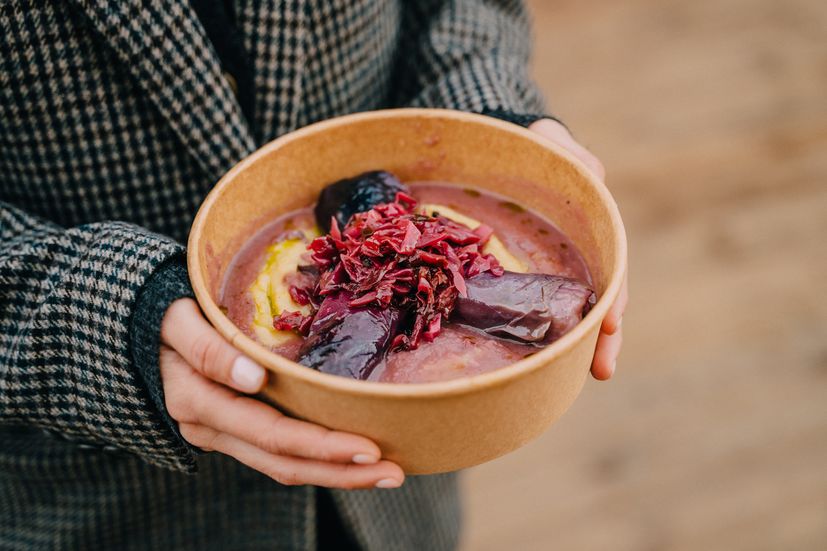 They also announced that he will soon offer the first plant-based sausage from his own production, Beg’s K’baja Grande, along with the already popular Kai Chai.

THE MEAT by Nenad Komes presents the best meat in Croatia in the form of a Dry Aged 60 beef burger, a Pulled pork BBQ sandwich and homemade smoked barbecue sausage. 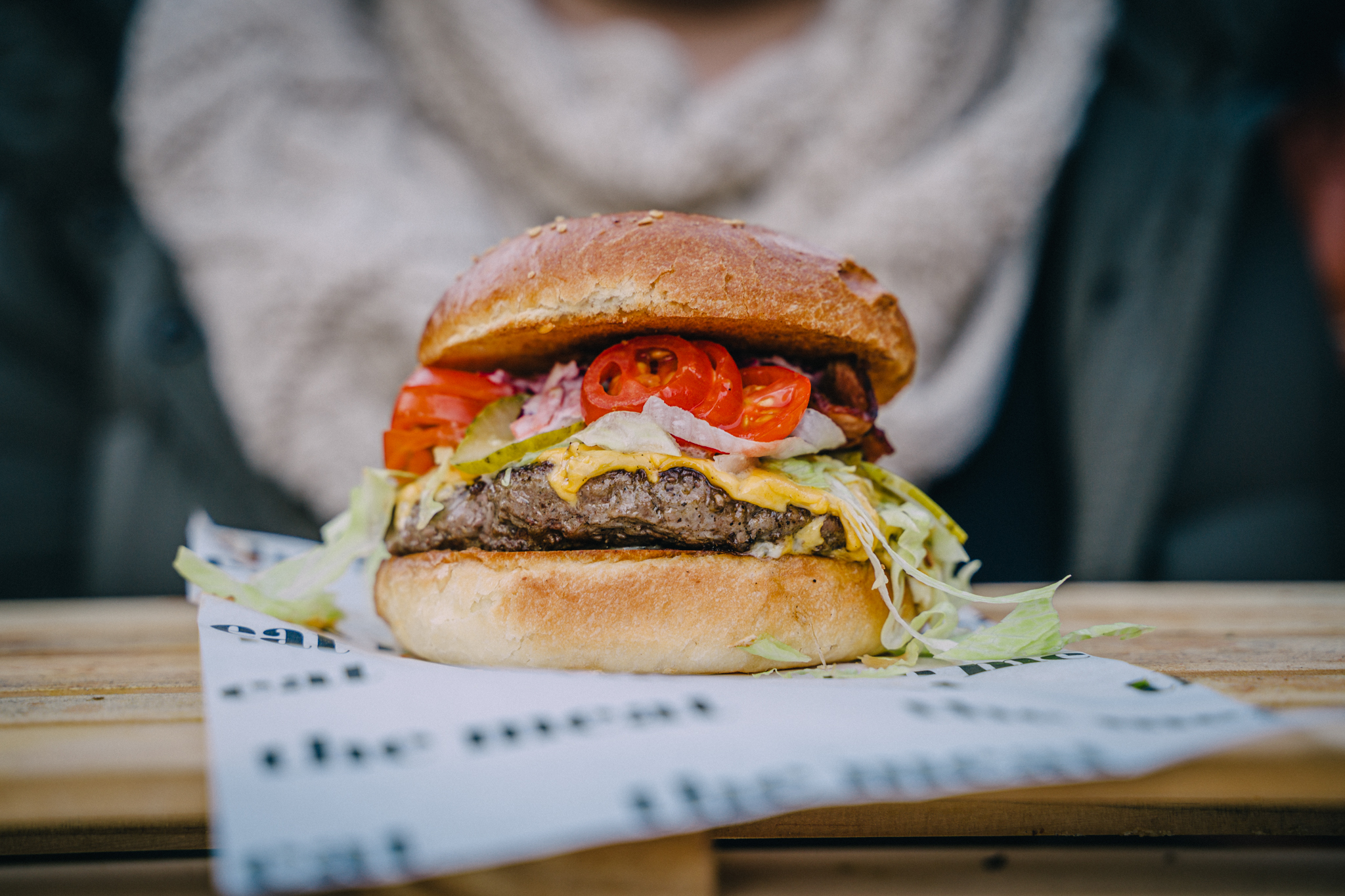 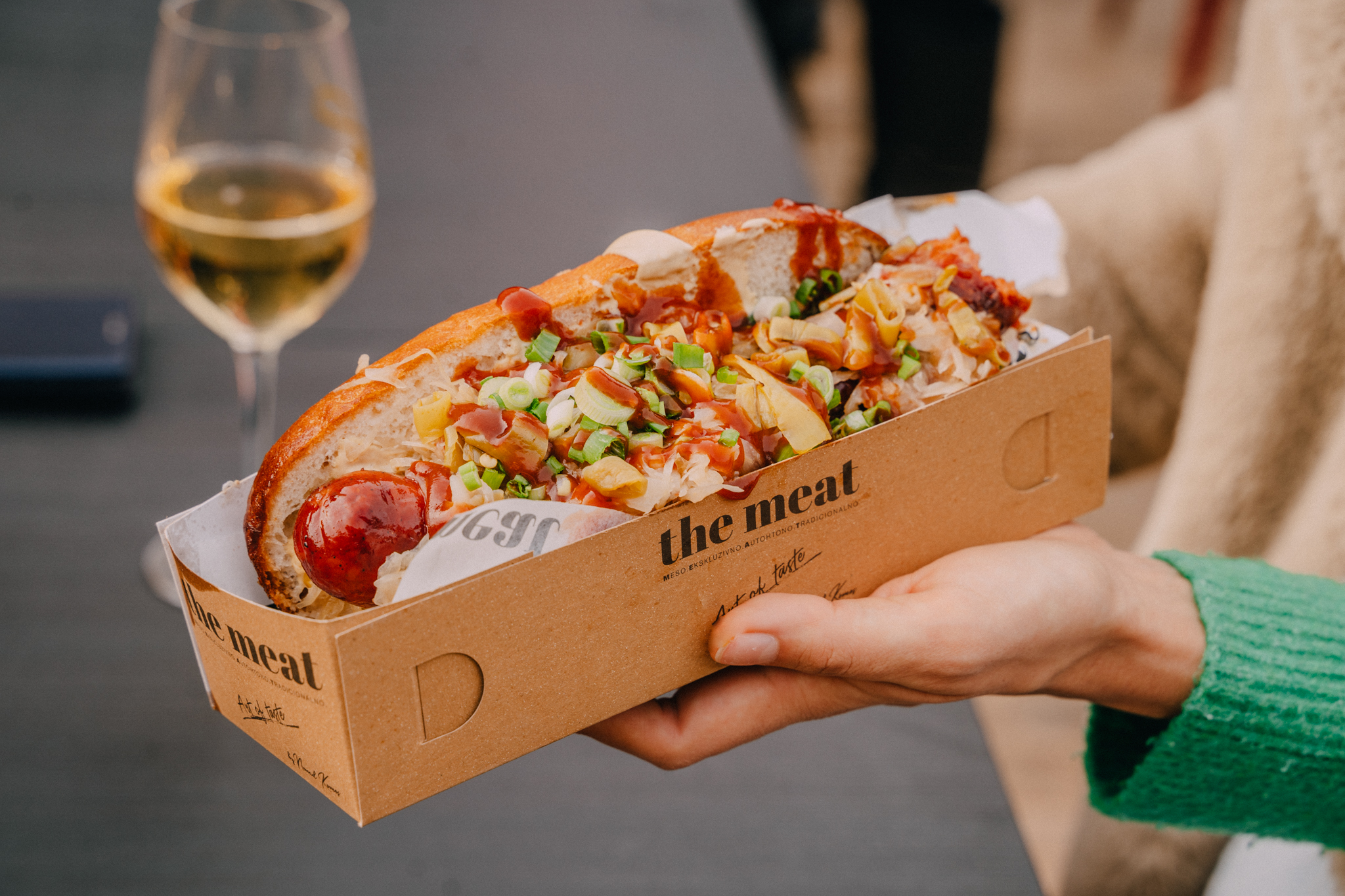 Cult Zagreb restaurant Balon presents their unique rolls with duck, a dish that was invented and conceived exclusively for FOOLING AROUND, and a sandwich with Balon’s famous Vienna steak in clarified butter, cranberry gel and lemon was also presented. 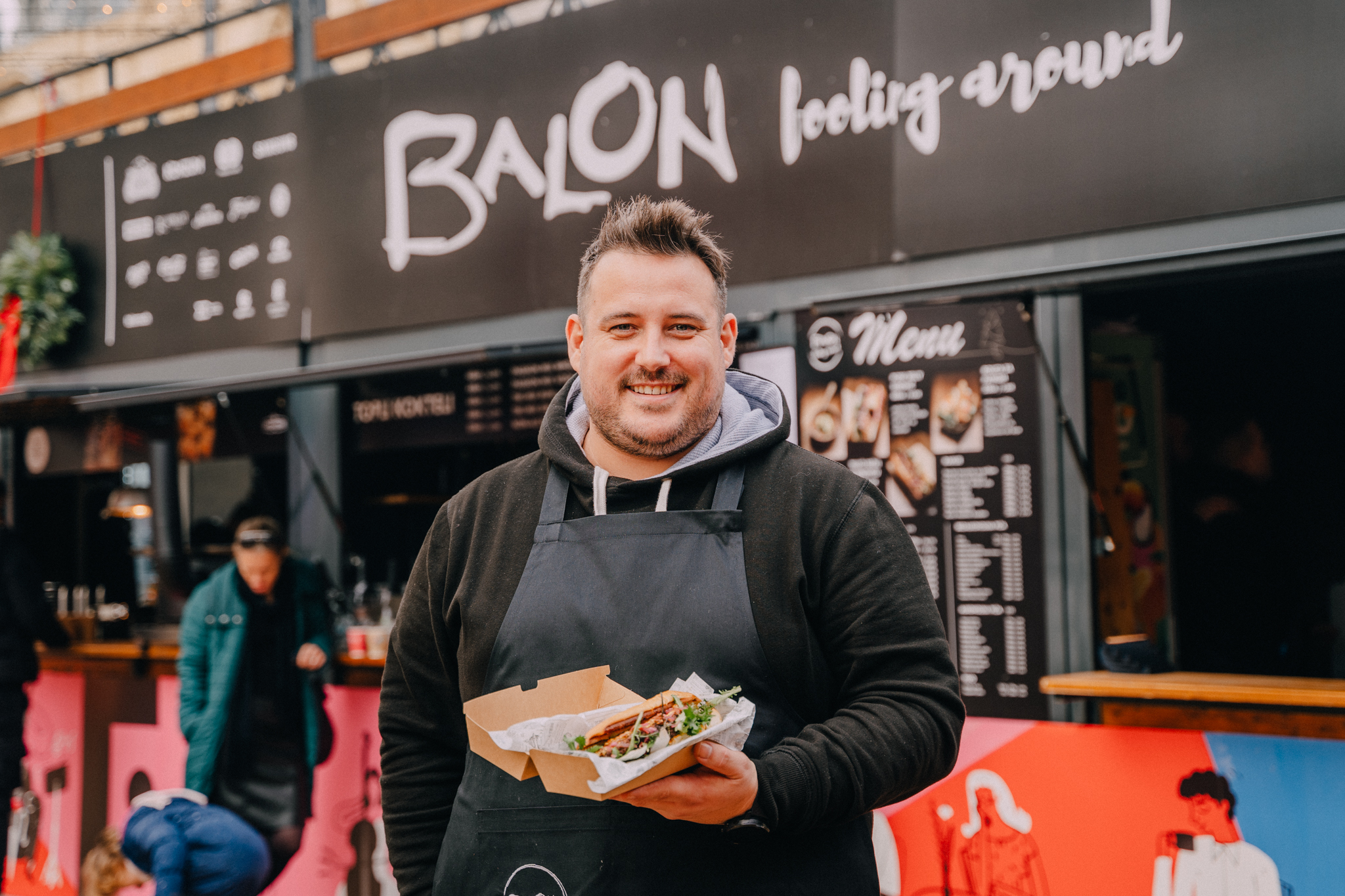 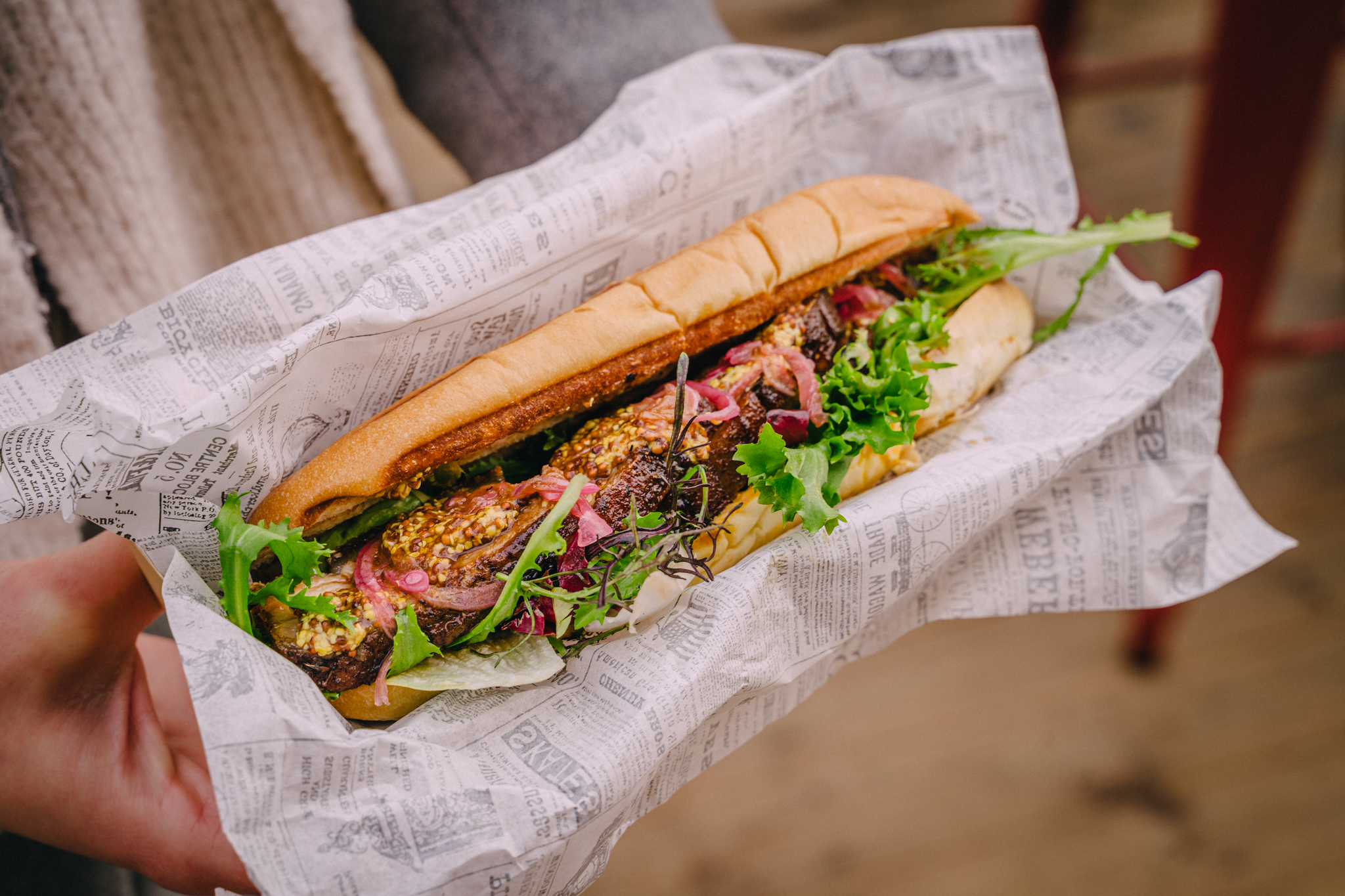 Balon also presented the rest of its offer, such as pork belly sandwiches, octopus stew and Mediterranean-style gnocchi to warm you up in this winter season.

Res TAČ has its famous kebabs and Advent sausage, which by purchasing visitors will participate in the “Christmas for everyone” campaign and thus ensure a warm meal for the needy on Christmas in cooperation with soup kitchens and Podravka. 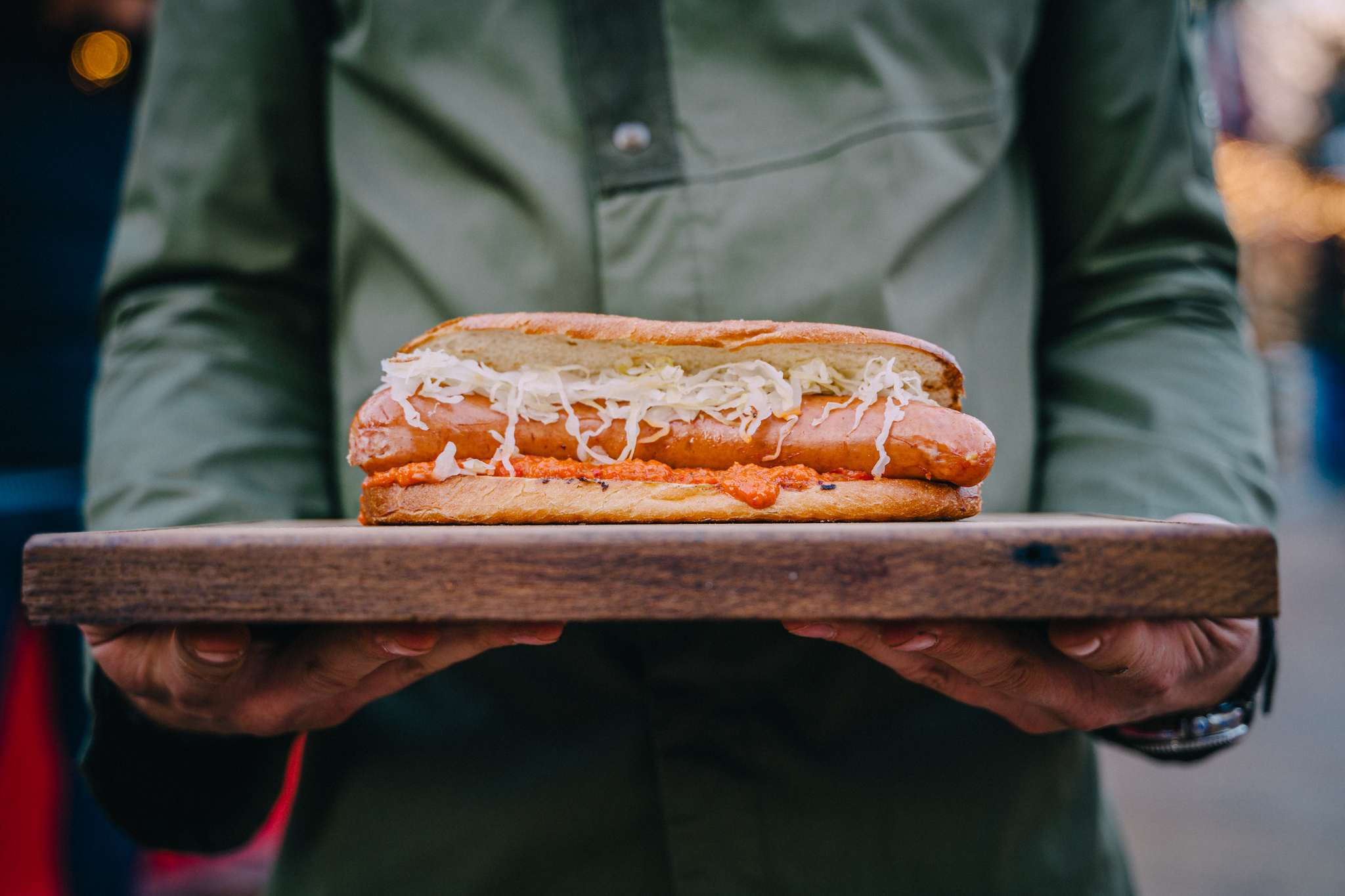 One of the best Croatian chefs with two Michelin stars in two different restaurants, Deni Srdoč (NEBO by Deni Srdoč), prepares Chicken pita bread, spicy fries with garlic and chives, as well as fries with cheese. 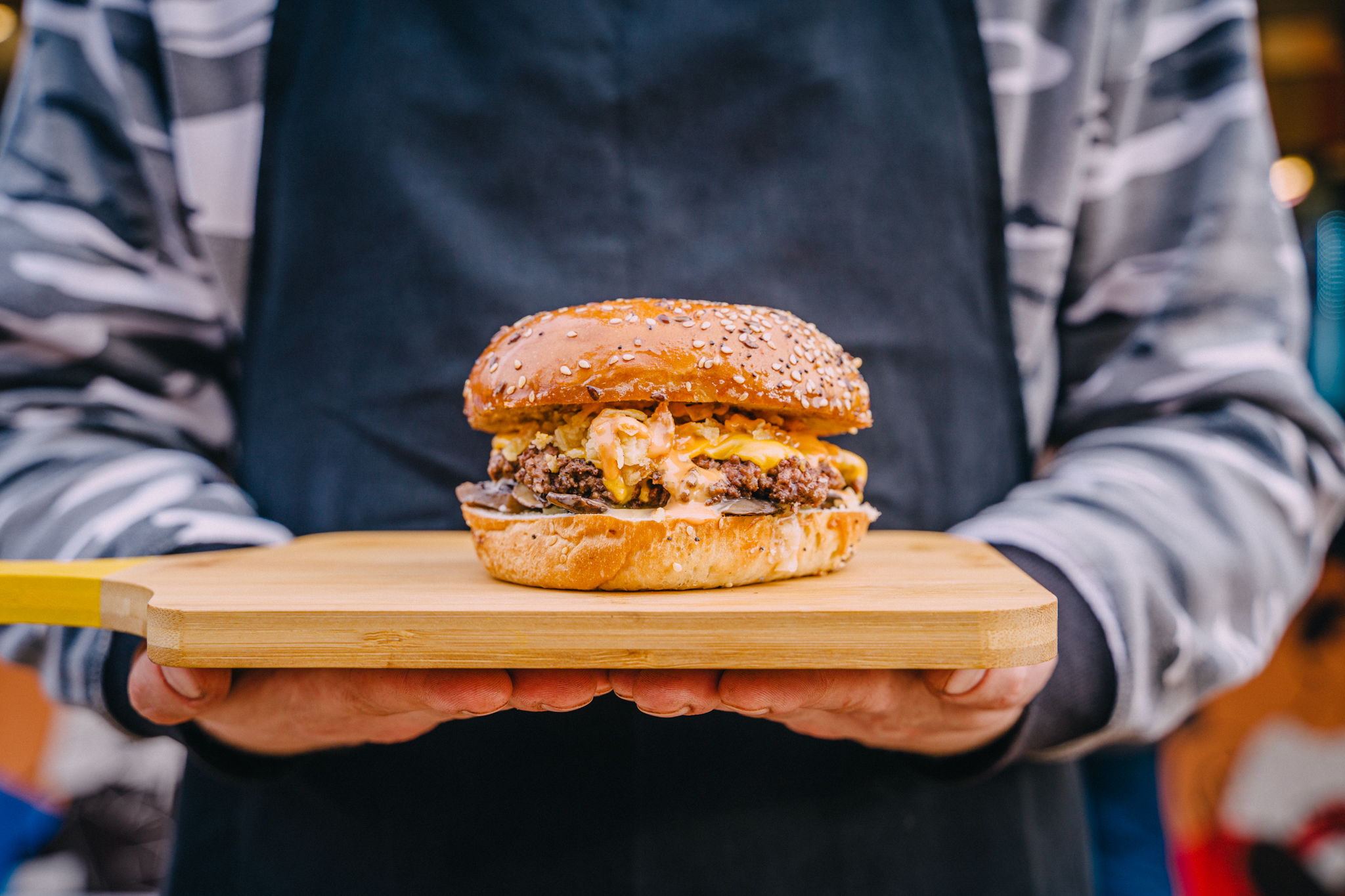 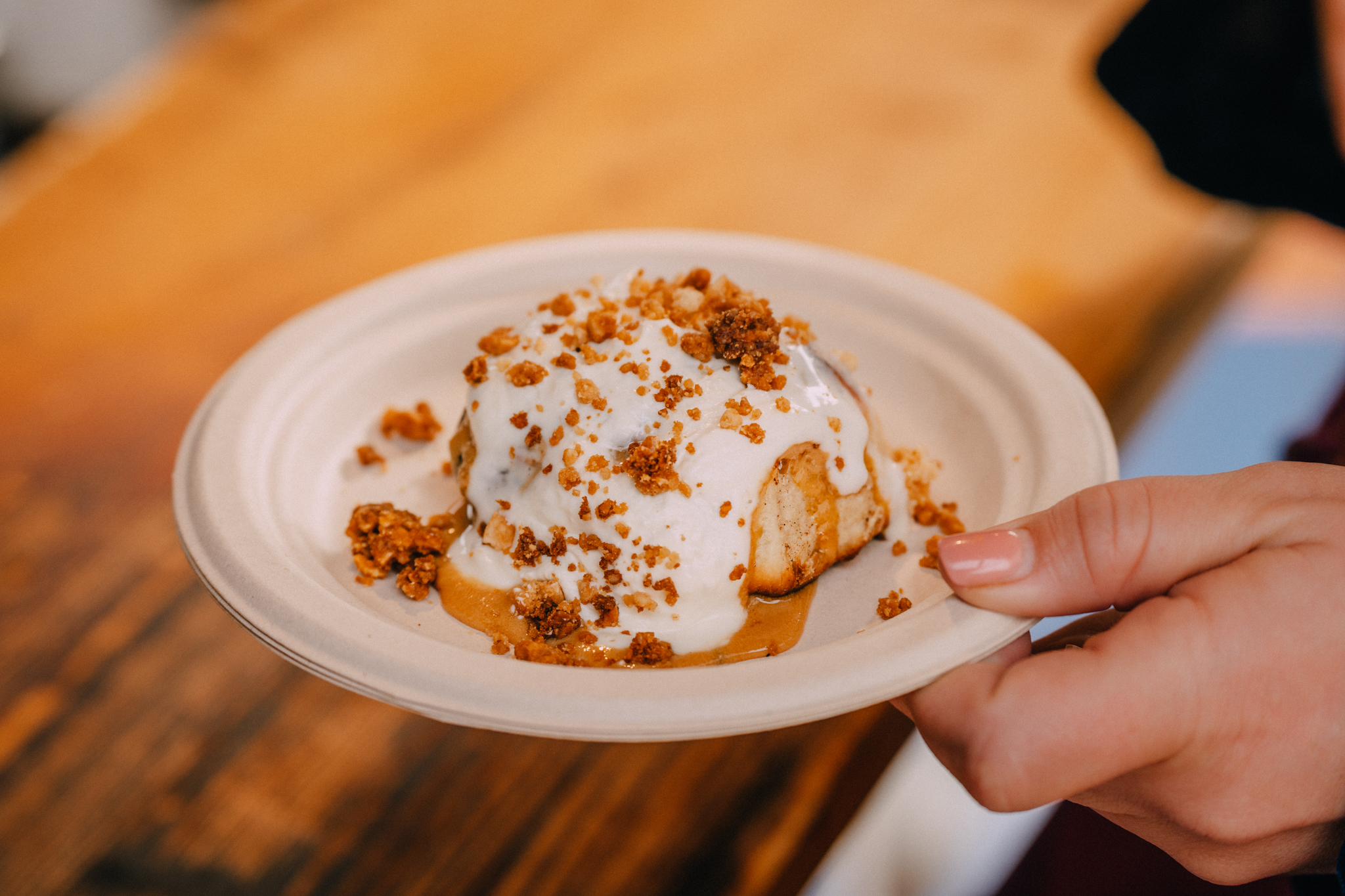 “Taika” prepares an excellent “Salmon Roll” in brioche pastry with creme fraiche and chives, as well as delicious “Crispy COD balls”, which are unique balls of cod in panko crumbs with spices. 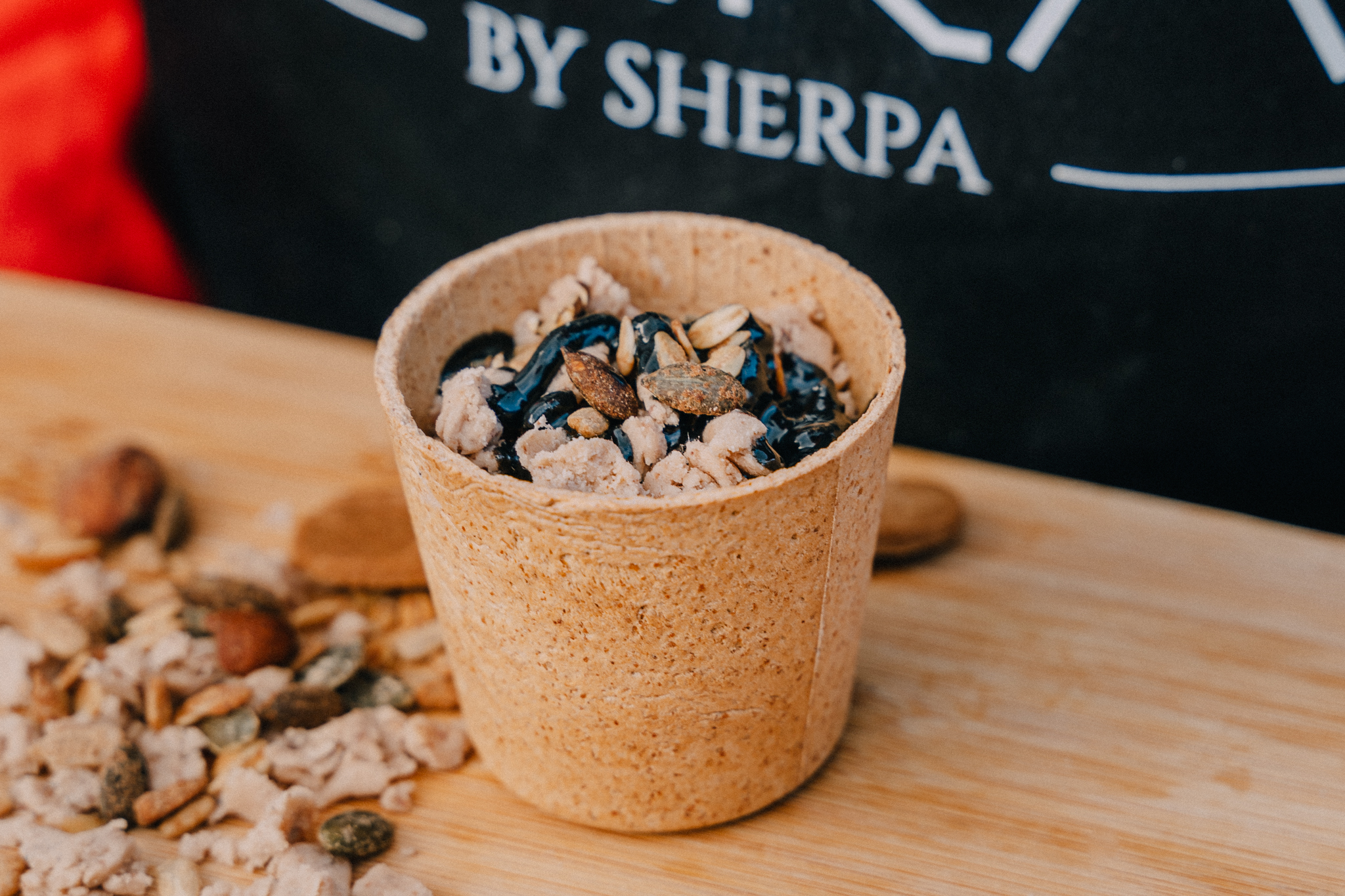 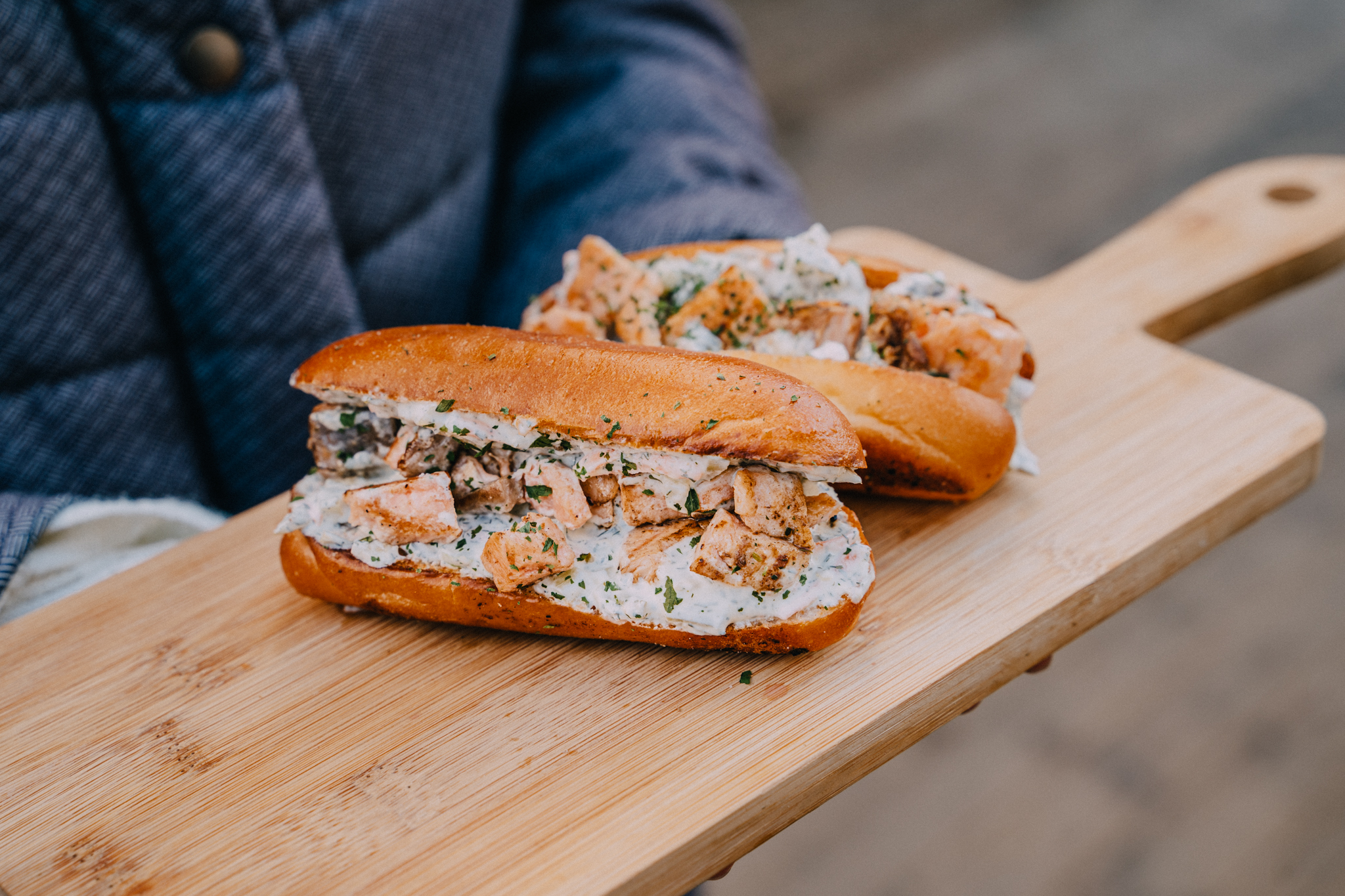 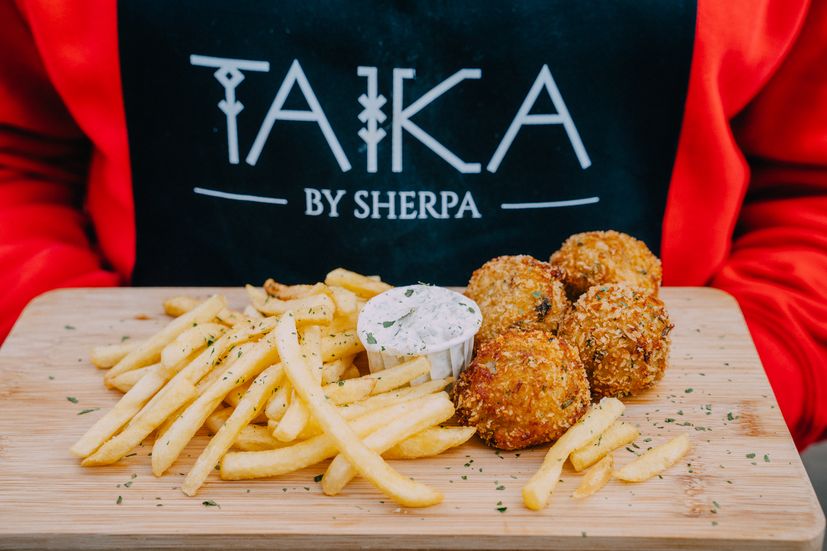 INSTITUTE ZA KOBASICE by Mate Janković: the Zagreb Advent institution has its famous Frankfurters, Kranjska with cheese, Debrecen and Bavarian sausages. Their special dish is the Turkey wurst, a turkey sausage with French salad. GINgle Bells is there with its famous Gingle Bells winter hits combined with the world’s best gin – mulled gin and white gin (white chocolate) with the unique taste of Old Pilot’s gin. 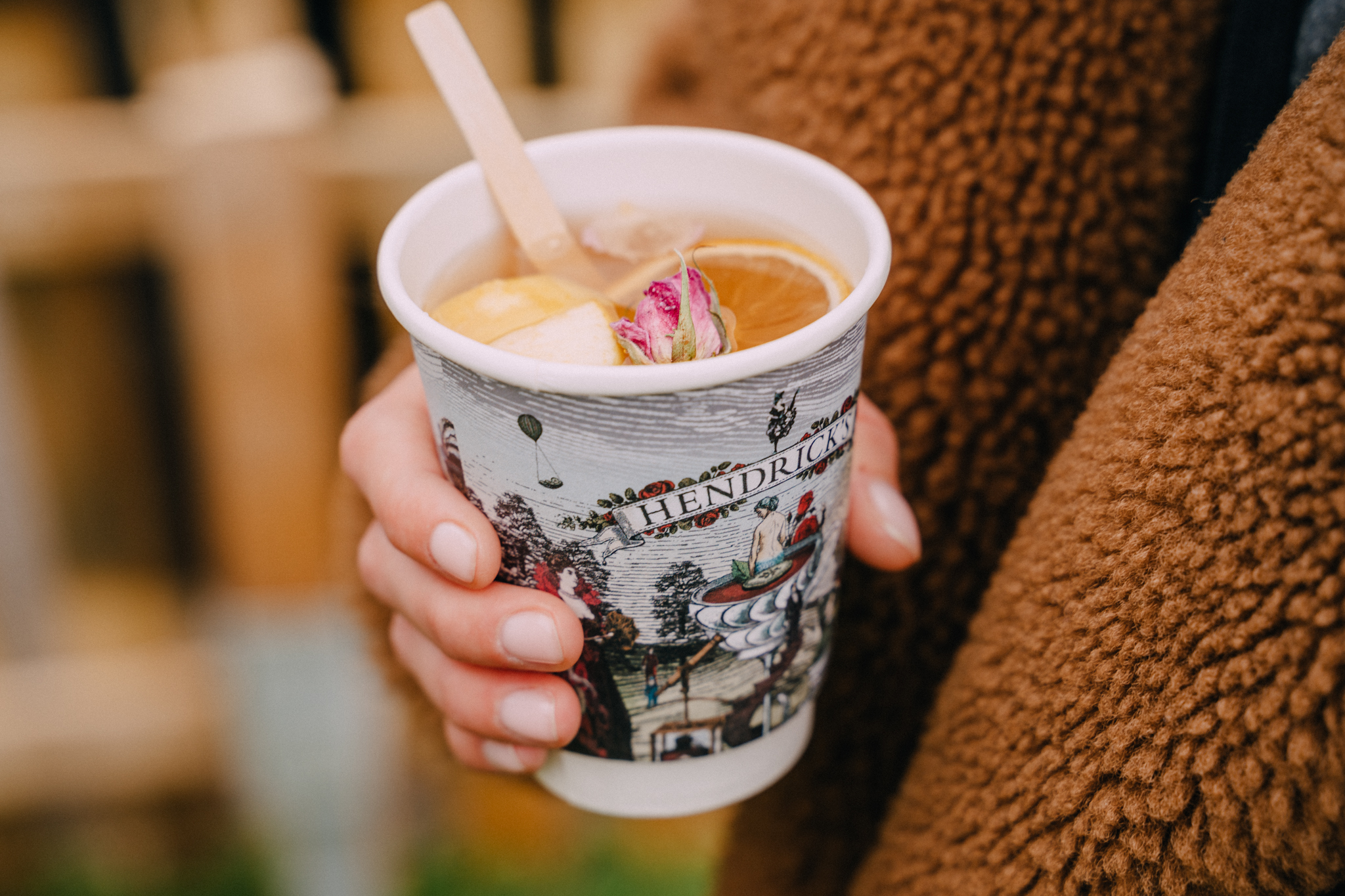 An important part of this year’s FOOLING AROUND by Fuliranje is the humanitarian action of the Marin Čilić Foundation in cooperation with Samsung.

Funds are being collected to provide scholarships for the fifth generation of scholarship holders. Through the scholarship project, young athletes and classical musicians receive support for the purchase of sports/musical equipment and trips to competitions, and donors will receive balls with balls signed by Croatia’s top athletes.