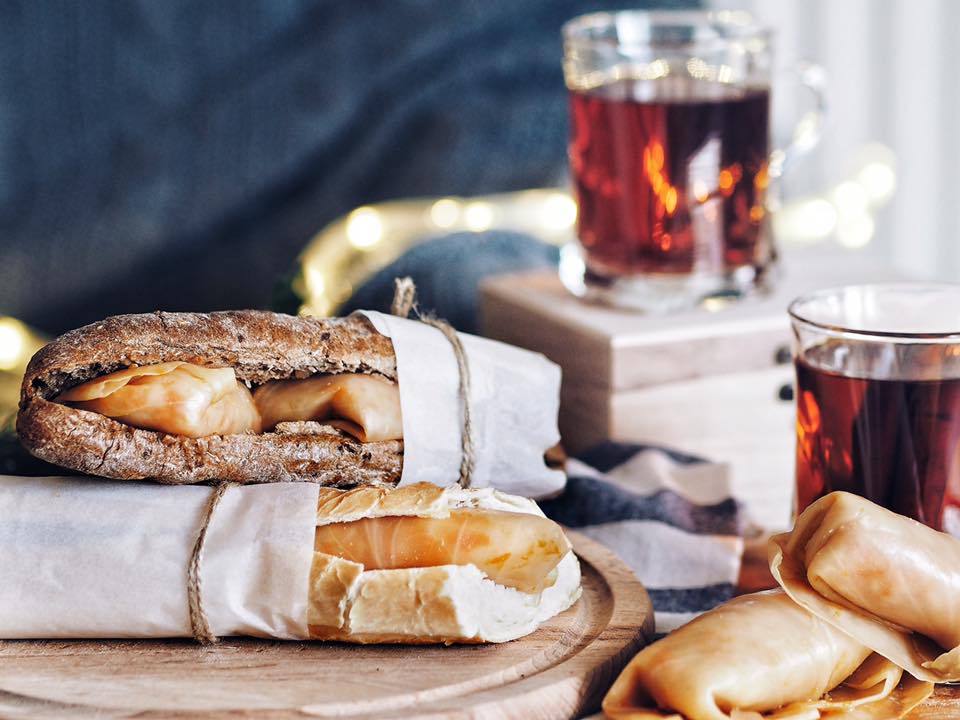 T&T street sarma is back and more this year (Photo: T&T)

The Croatian capital’s award-winning Christmas markets are set to open again as Advent in Zagreb kicks off later this weekend.

This year Advent in Zagreb it is expected to be bigger and better with a number of interesting new locations around the city included. As always there will be an array of little houses scattered around the city offering up delicious food.

One house definitely not to miss this Advent in Zagreb is the T&T house serving up traditional Croatian food with a twist. T&T house made its first appearance in 2016, purely out of love for food, special drinks, and advent.

“My partner and I are still working our 9-5 jobs, but still, have the passion for advent every year,” says T&T founder Fran Ćurković.

T&T house was a huge hit last year thanks to their twist on the popular Croatian winter dish sarma.

“Last year was crazy for us because of the huge success of the street sarma. The traditional Croatian winter dish that we made in a brown bun was a national hit. We have even had reservations for the street sarma. The idea came up to me many years ago when I was a student. I was bored by the food offerings at advent in Zagreb because everybody had only sausages in a hotdog bun. I came to my parent’s house for dinner and we had sarma for the main meal. I commented how it would be cool if somebody put sarma in a bun. Nobody said anything and just continued the conversation. Who would have known then that I would make it, and with such success?! We sold more than 7,000 portions of street sarma, and that is more than 14,000 sarma because you get 2 sarmas in a bun,” Fran explains. 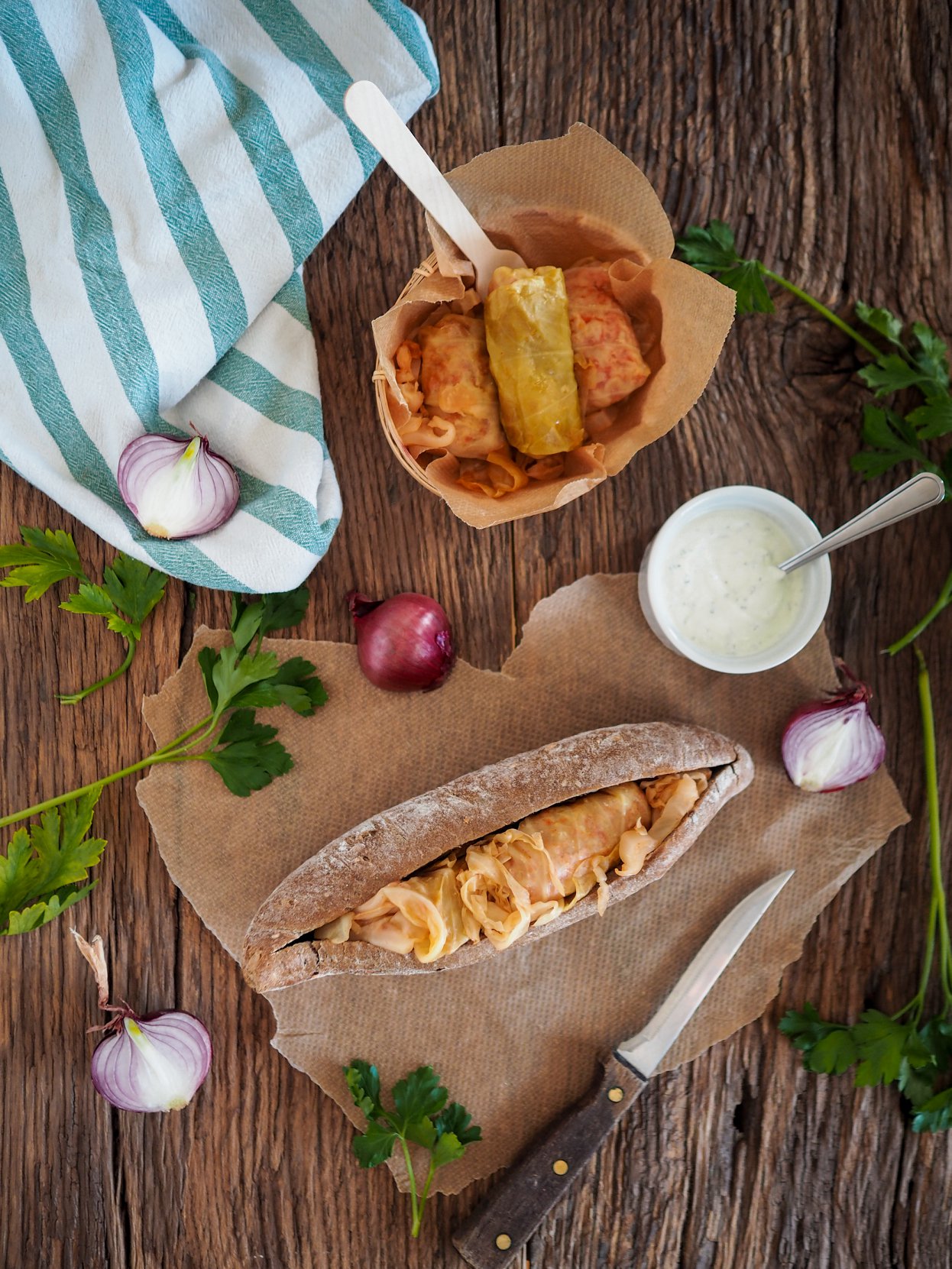 Street sarma, which costs 32kn (€4,30), is back again this year as well as a new creation. Continuing on with turning traditional Croatian dishes into street food, Fran and his team have created ‘Grah s kobasom 2GO’, or in English, ‘Bean stew with smoked sausage in a wrap’.

“’Grah s kobasom’ is one of the most common meals in Croatian homes. We do it by a traditional recipe that we took from our grandmothers, so the taste is genuine. The price for the ‘Grah s kobasom 2GO’ is 28kn (€3,80). 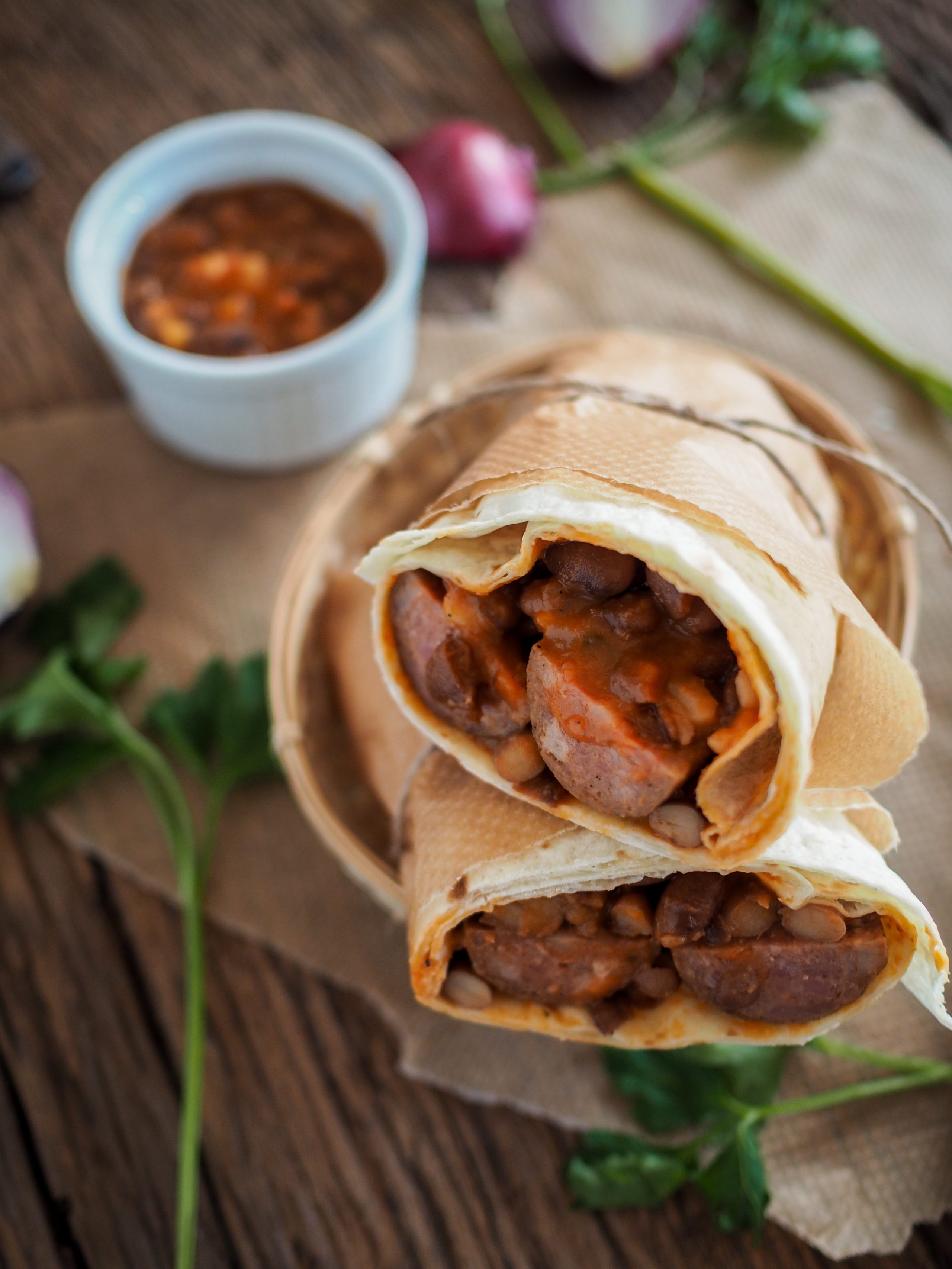 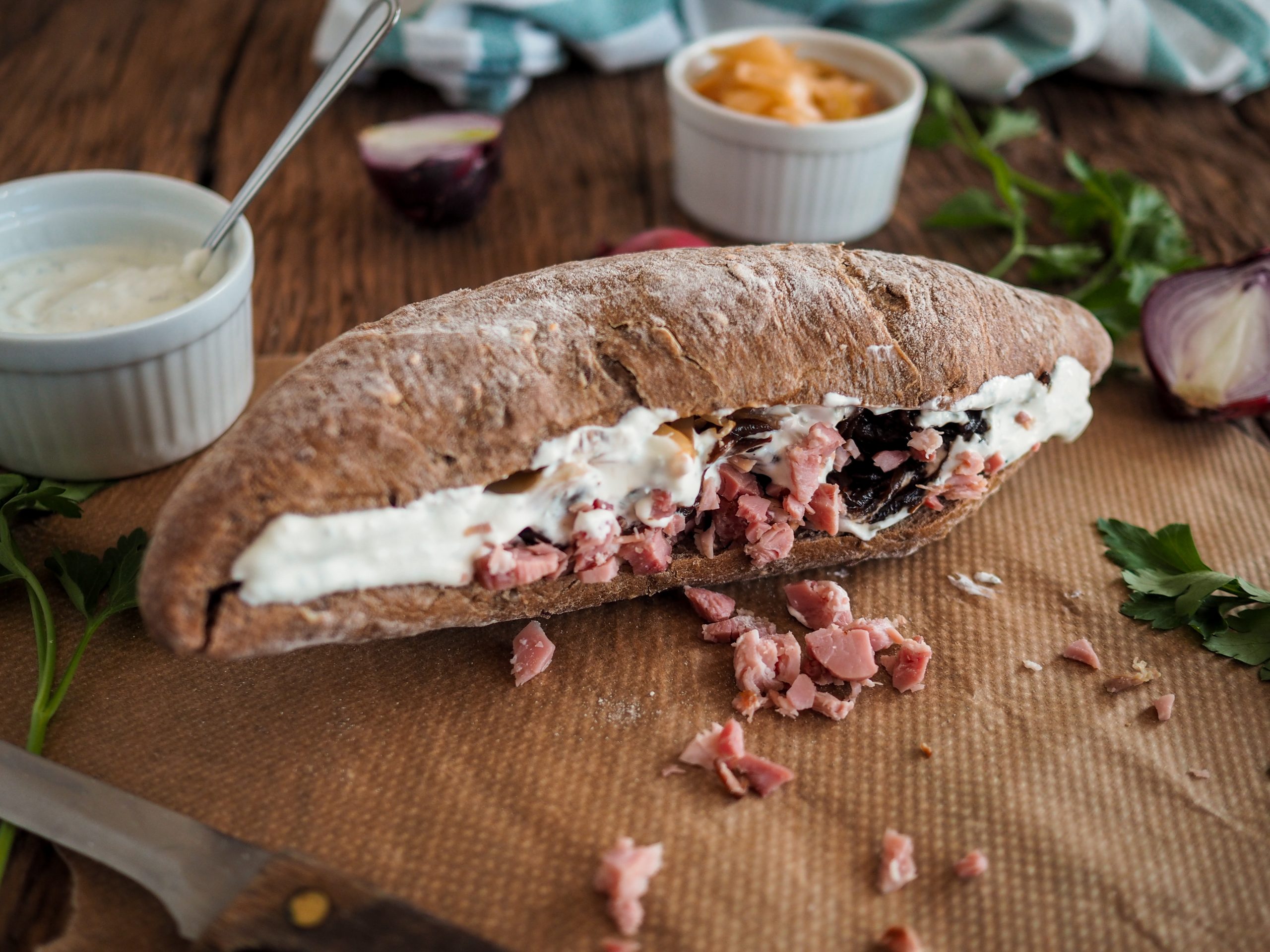 “Street pašticada is also a traditional Dalmatian veal dish that we serve in a pita bread with fresh cabbage and carrot salad, sprinkled with some roasted pumpkin seeds. The price is 42kn (€5,60). As you can see, our philosophy is to make a traditional Croatian dish with a modern twist, or as we say ‘traditional food- street style’,” Fran adds.

As well as the delicious food, T&T will be serving up a range of drinks. T&T house will be offering their Hot Winter Cocktails, Crazy Borovnička, Chili Antique, Jamaican Rum, Honey Winter Jack and Jegertee by T&T. The prices for these cocktails are from 18kn (€2,40) and up. The most popular drink last year was the Chili Antique (18kn), which is a hot cocktail mixed with a very popular and famous Croatian herbal liqueur Antique Pelinkovac, rooibos tea with a hint of chili and cherries, and lemon juice.

Their mulled wine, which is their best selling drink, is their own recipe, with a secret spice giving it a special flavour. 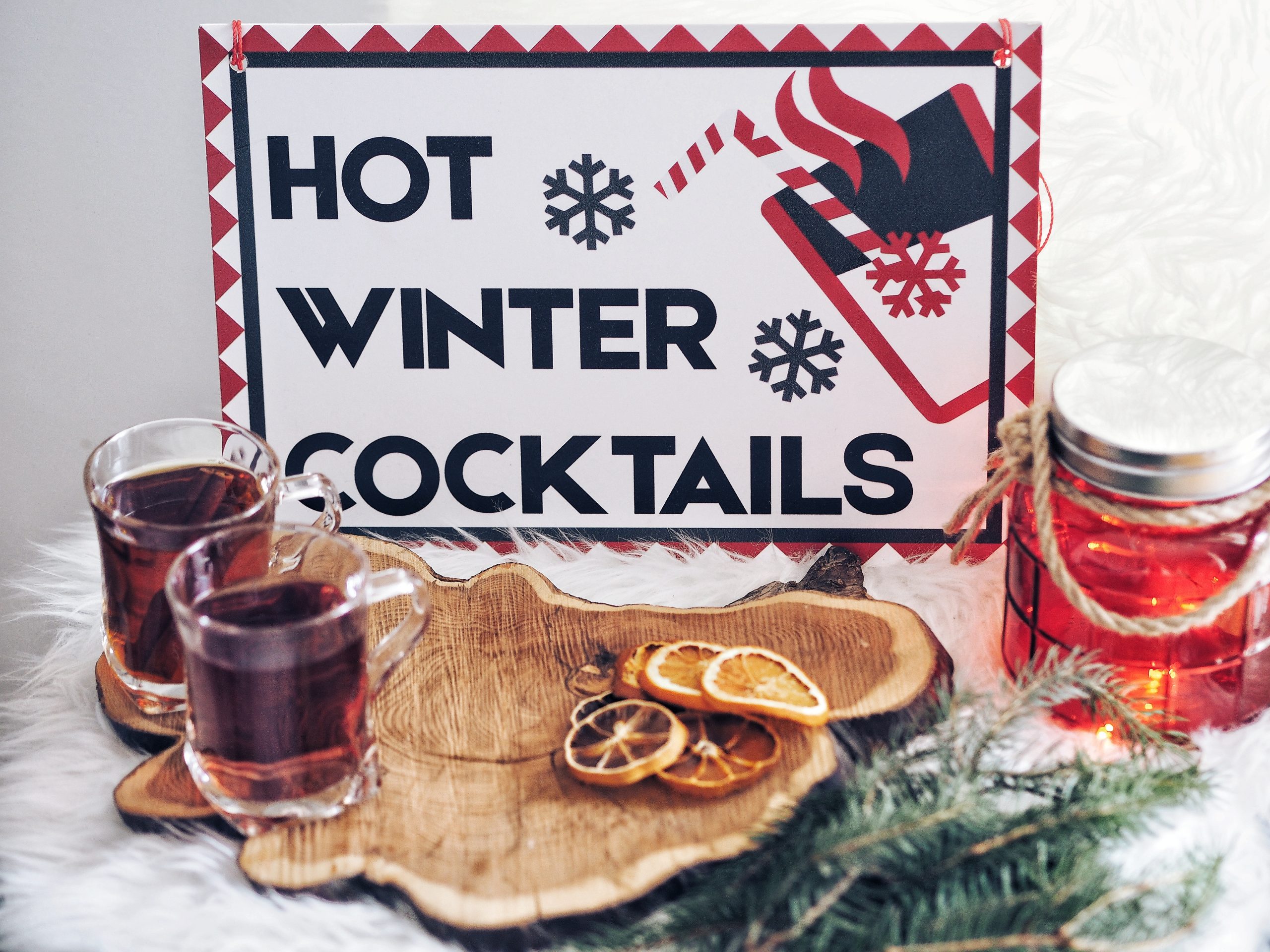 This year they will also be selling ‘punjeni medenjak’ or ‘stuffed gingerbread’. They will make two kinds, one filled with white chocolate and raspberries, and the other filled with dark chocolate. It’s a large gingerbread, and it costs 16kn (€2,10).

Where to find T&T?

“This year we have two T&T houses, one at Fuliranje (Fooling Around) on Strossmayer square and one at Ledeni Park (Ice Park) on King Tomislav square. One thing at T&T is free, and it’s always available – a positive atmosphere. So come and visit us and see for your selves,” Fran concludes.

King Buncek & Street Pašticada will only be available at the T&T house at Fuliranje on Strossmayer square.