Home » Travel » A Different Kind of Tour on Vis 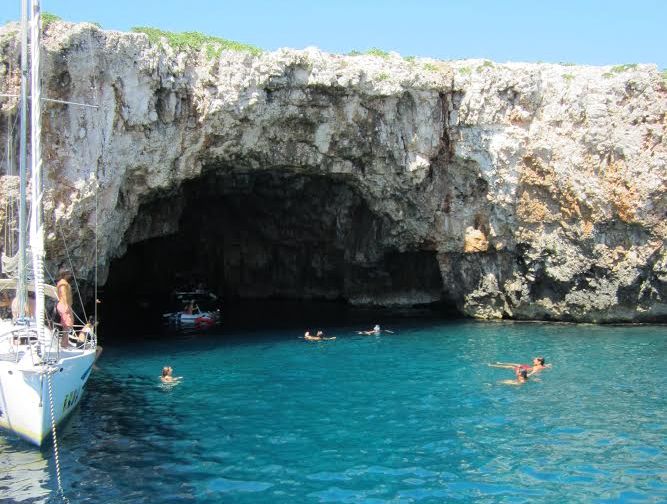 Pierino, our captain and entertainment for the day, finishes his introduction just as a naked man bends over on the back of a sailboat we pass by and inadvertently moons us. “And the greeting from that boat is included in the price,” he says. He ducks into his cabin for a moment and steps back out onto the wooden planks with a guitar, dispelling any thoughts we might have had that this would be an ordinary tour around the island.

We are on Vis and about to visit its most beautiful beaches and coves, many of which can only be reached like this, by sea. The harbor of Komiža, where we are staying, is lined with stands selling tickets for excursions around the island, but in spite of the many options, choosing Pierino was easy. Everyone who suggested him was so adamant we went with him and him alone that nobody else was even considered. 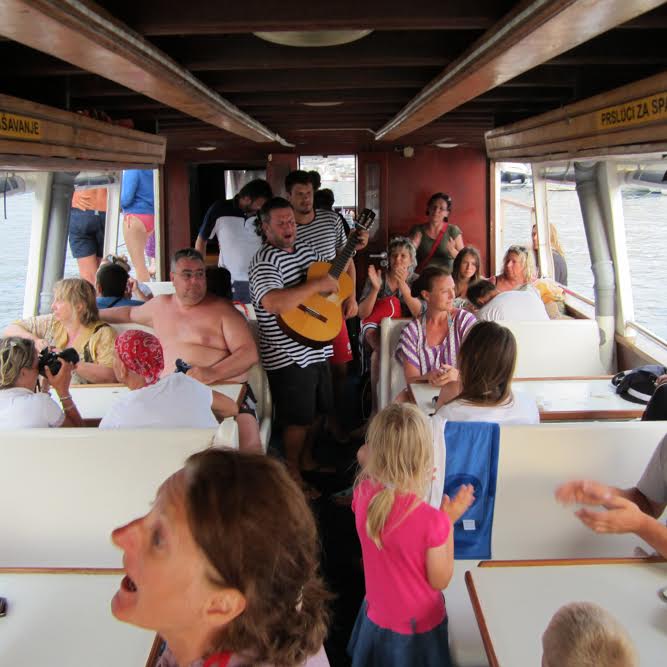 Boat excursions in Croatia are impressive – with the scenery as great as it is it’s hard for them not to be. The problem is that most organizers offering tours rely on the beauty of the sea and islands alone, not contributing with much more than their service of transportation. They tend to just pick you up and drop you off, convinced all a visitor needs is a nice view to enjoy. And it’s true that it’s great to just soak in the sights with the soundtrack of the sea your only other input.

But every corner of the world has its story, and every good traveler comes with a curious mind. With competition on the rise, it’s the tour organizers who realize this and offer something more than just transportation who stand apart. Pierino Ivčević has taken the lead in Komiža, from where he takes visitors on an informative and entertaining excursion around the island on his boat, Ames. 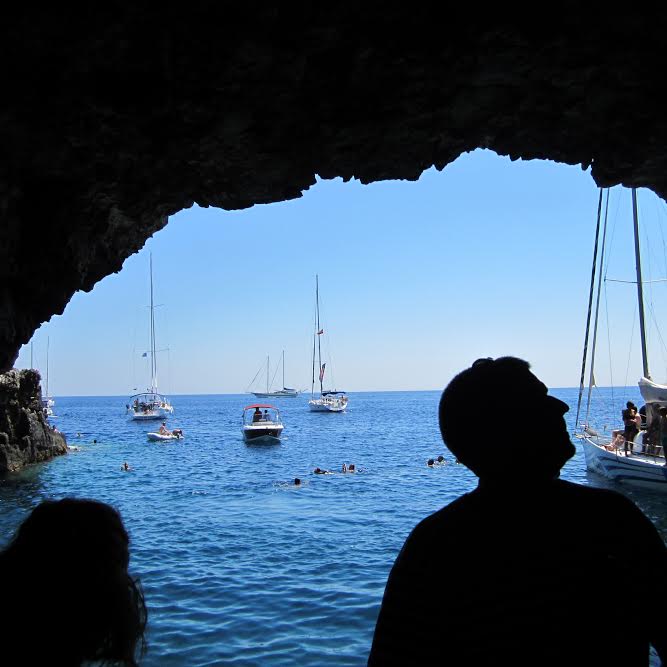 A view from the cave (photo credit: Milica Petric)

Ames is a family-run affair. Pierino leads the show, mixing general information with personal anecdotes and highlighting many moments with song – in Croatian, English and Italian on our trip, and including a few he wrote himself. His sons and nephew are at the helm and on the dingy and help out with the food and wine. Pierino’s wife, Silvana, is in charge of lunch as well as the harmony to Pierino’s song when she’s not preparing food. She starts cooking the minute we step on board, at 10 a.m.

Our tour takes us from the harbor of Komiža – a dreamy little fisherman’s village located on the western side of the island of Vis – all around the island and through the waters of the town of Vis then back again. We first pass Kupinovac mali, a beach made famous by Greta Garbo. Pierino points out the big rock plateau where the star was said to love tanning. “I took my wife there on our first date. And I’m pretty sure it’s also where our first son was conceived.” 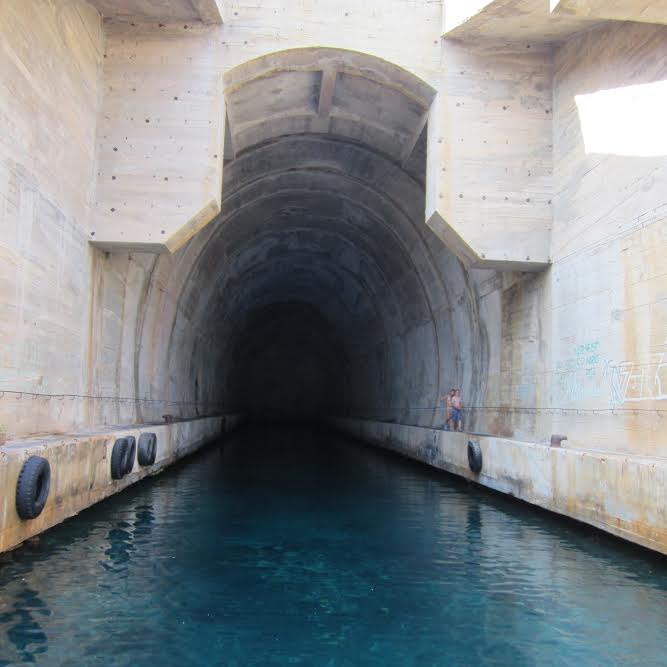 The popular date beach is in one of the many secluded coves we pass by and marvel at, but the real stars of the excursion are Stiniva Cove and the Green Cave, which we visit before lunch. At Stiniva and most of the stops we make we take a swim, and the water at each and every site is glorious.

Around 2 p.m. lunch is served, just as we drop anchor in a quiet little bay called Oključna. Fried bream and tuna, potato salad, fried calamari, and wine. Watermelon for dessert. By now we’re like family and when Silvana joins in on Pierino’s next song, half the boat chimes in. It’s all a bit campy, but it works. And anyone who didn’t give in before did so with Pierino’s rendition of “Yellow Submarine” in the military tunnel at Parja, our last stop, where, as he says, “There’s not too much to see, but the acoustics are great.” 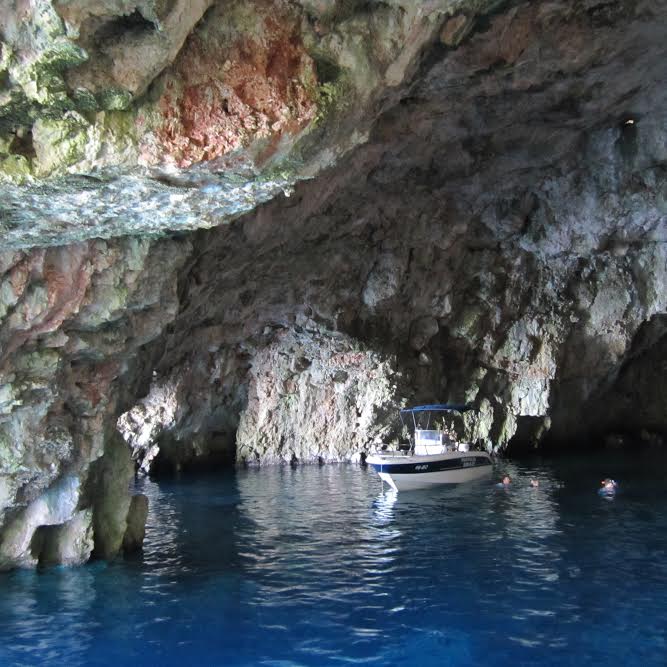 We didn’t make it back until 7 p.m., which would personally be my only complaint if I had one as it really was a long day. Long as it was, though, the trip was amazing – my favorite day on the island the whole week we were there. (A close second was a drive to, then swim at Srebrna followed by drinks at Stončica, which looks like it’s on another continent). 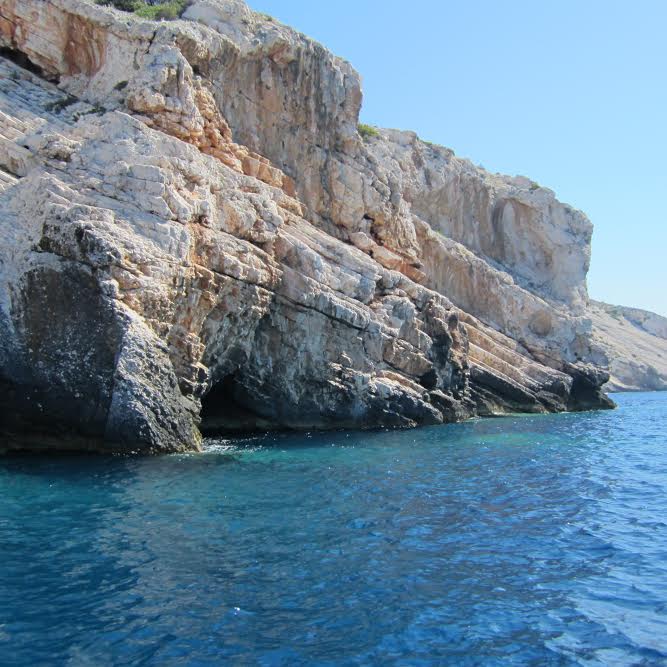 Pierino’s tours are really in a league of their own in Croatia, with a mood and level of engagement like nothing I’ve ever seen here so far. His stories and information are all really interesting, his family is sweet, the food very tasty, the price of 250 HRK / 33 EUR for the day entirely reasonable, and the guitar a really fun touch. Just as everyone we asked insisted we tour the island with Pierino on Ames and no one else, after following their advice I can only do the same: If you visit Komiža and want a tour around the island, you must go on one with Pierino!