Home » Latest » A Cove on the Island of Caves

An ongoing ecotourism project on Biševo…

Davor Božanić was sailing around the island of Žirje when he noticed smoke far out on the horizon. It was 2003, the year when the island of Biševo was engulfed by forest fires. By some chance or intuition, Davor decided to head there right away to see what’s going on. By the time he got there, the fire had been already put out, and he ended up buying ca. 3000 sq metres of land around Salbunara cove on the western side of the island. This property became the basis for his creative ecotourism project that he’s been successfully running for several years now.

A law-graduate from Split with family origins from Komiža and Biševo, Davor says he is lead by Gandhi’s famous quote to “be the change you wish to see in the world”, and a desire to express creativity. “Through creative ventures we come back to ourselves, to certain innocence and playfulness. Each of us has a way of expressing creativity. For instance, I was always building some kind of shelters and huts during holidays, wherever I would find myself at the moment.”

The “Biša” project, as Davor named it, boasts a stunning offshore location – Biševo is the farthest inhabited Croatian island, with a belt of deep blue open sea around it. It has circa ten permanent residents during the ten off-season months of the year. “There is one in every cove”, they joked on the nearby island of Vis when I asked how many people lived on Biševo. But that’s not entirely true – there’s at least double the number, as I got to know. Another way people on either Vis or Biševo give answer to the same question is by reciting a short list of names – there’s Veljko, Mitja, etc. “Actually, Biševo is mostly regularly visited by people from Komiža who have their vineyards here, a piece of land, or memories”, explains Davor.

Biševo famous for its ‘blue’ caves

Besides his own little concrete place in the cove, Davor used planks to construct two semi-open huts on the nearby slopes covered in vineyards and macchia, and equipped them with comfortable mattresses, mosquito nets, deck chairs, and their own dry composting eco-toilets that use lime instead of water. The huts overlook the cove, or face the open sea, the outlines of Svetac and Brusnik, and, in clear weather, the coast of Italy. There are no dangerous or poisonous animals on Biševo, so you can rest worry-free, lulled by the waves lapping against the island.

To get everything ready for the upcoming season, Davor hosts volunteers from around the world. They usually stay up to three weeks, and work on whatever is required at the moment. In exchange for free accommodation and fantastic homemade food, for four to five hours a day they help with building the huts, securing the roofs, clearing the paths, cleaning the beach, gathering capers, or cooking, all in a relaxed family atmosphere. 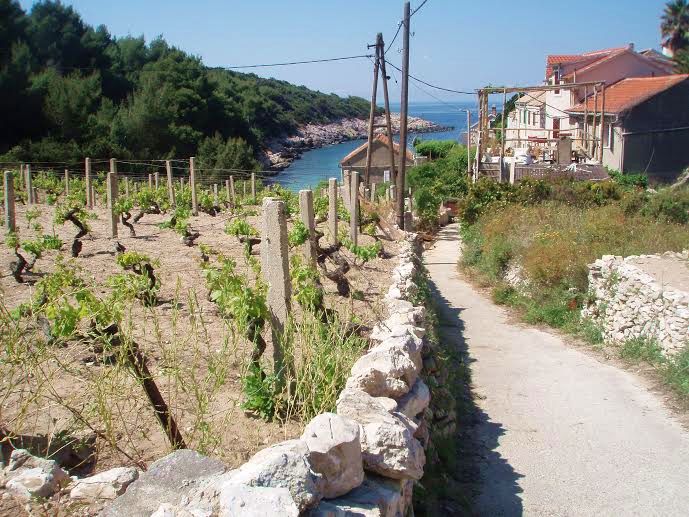 Davor’s rooftop restaurant on the right

Currently, Davor is preparing various summer workshops, including one designed to teach sustainable island building. Davor is working on one more hut: a well-isolated stone round structure liveable year-round, with floors of sliced wood and ample light provided by big glass windows, an inside toilet, and a fireplace. “We are also looking into organizing trips with the traditional boat “falkuša” to nearby islands, and around Biševo to explore its many caves. Most probably, a yoga instructor will be waiting in the cove each morning, too. It could be a really interesting summer”, says Davor. When I ask him how he got to be an expert in traditional building methods, he says that old knowledge becomes accessible if you immerse yourself in your surroundings. “Even if they don’t transmit their knowledge directly, people here carry the information about how it would be wise to live here, how to adapt to nature. If you have the will to listen and don’t force your own way, you’ll get to know. Although it’s not always simple, when you’re open to it, a space can reveal its codes to you on its own”, says Davor.

In his newly-opened restaurant, Davor is using local herbs and produce. Jars of every size and shape are lined on his shelves and filled with all sorts of pickled and dried herbs. “After the wonderful Biševo sun rises,” he says, “I walk around the cove, among the rocks. I pick sea fennel, capers, check where my partner, my dog, and my volunteers are, and then, a bit later, I start with the thing I love most – cooking. Sardines are freshly caught. Waiting. I prepare them in a hundred different ways. The food here is so good that I never need to go too far, either physically or in my imagination, to eat what I love. But I’m not letting you in on the recipes.” 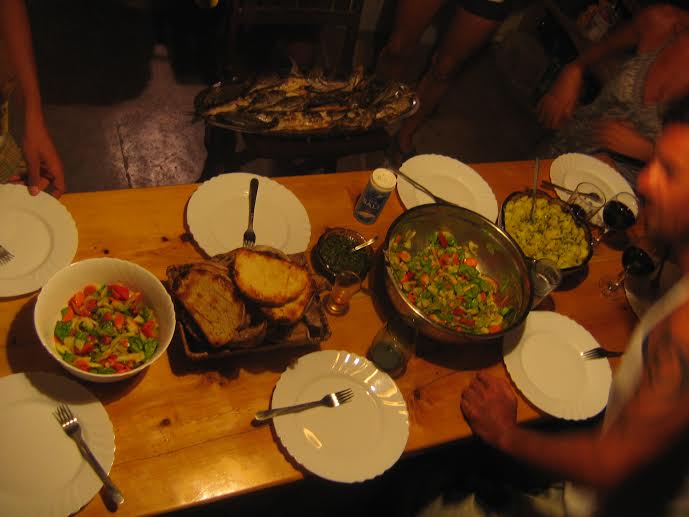 or write to: [email protected]