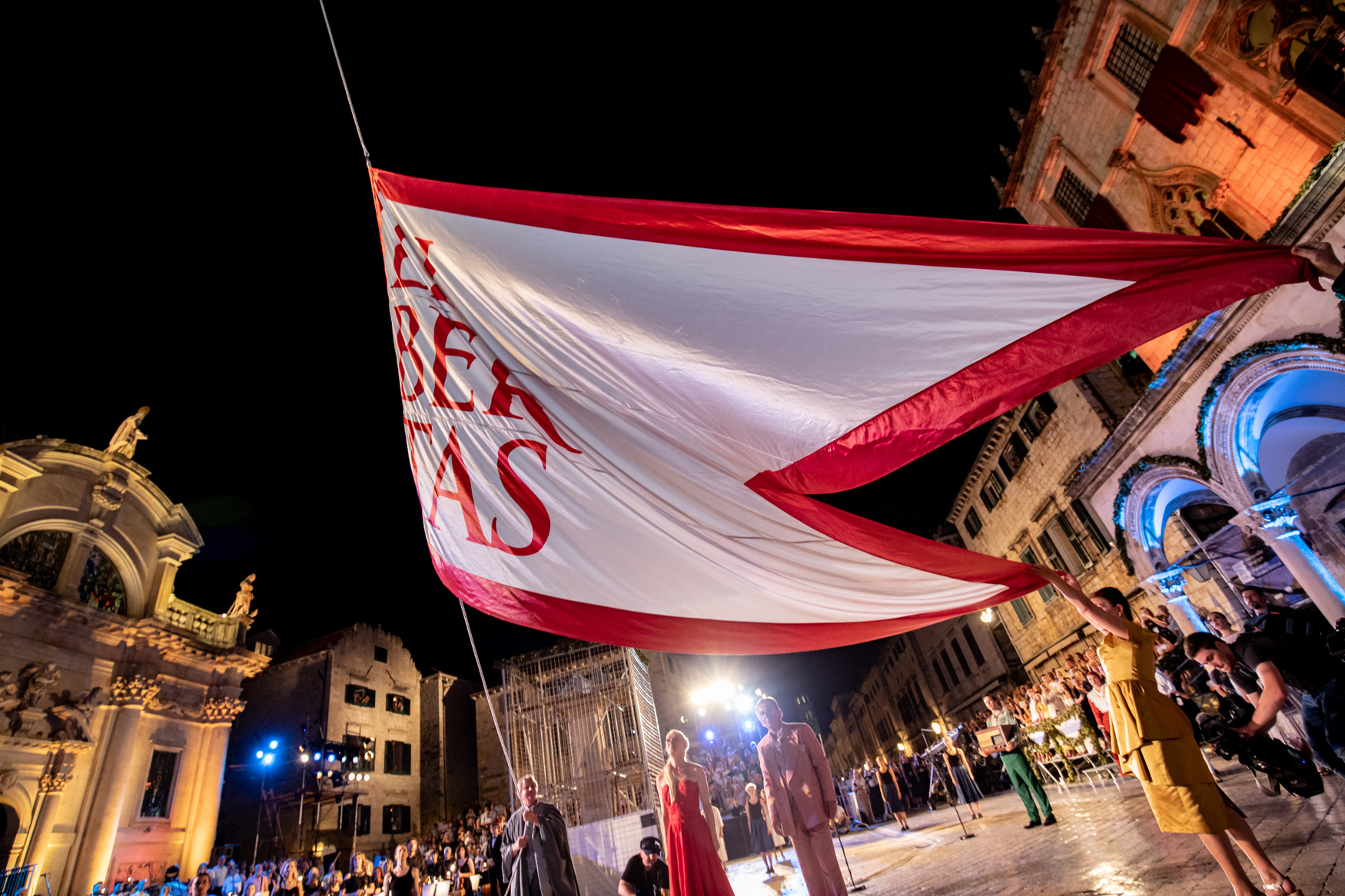 ZAGREB, 11 July (Hina) – The 73rd Dubrovnik Summer Festival opened on Sunday evening with the hoisting of the Libertas flag and the Hymn to Freedom, recited by two Ukrainian actresses.

The opening ceremony commemorated the 750th anniversary of the Dubrovnik Statute.

Mayor Mato Franković said the Dubrovnik Statute had constantly changed through time but remained a guarantor of progress and security through social order.

“Thirty years ago, with the great sacrifice and heroism of our knights, we defended our homes and chased the heartless aggressors from our doorstep,” he said, referring to the Serbian military aggression.

Today, as we watch a war from afar, we sympathise and deeply understand the determination to preserve the independence and identity of one people, regardless of the losses, because peace and freedom are absolute values and eternal aspirations one does not trade, which we know well, Franković said, referring to Ukraine. The festival lasts until 25 August and will feature 40 programmes at 16 locations.

You can find all details on the official website.