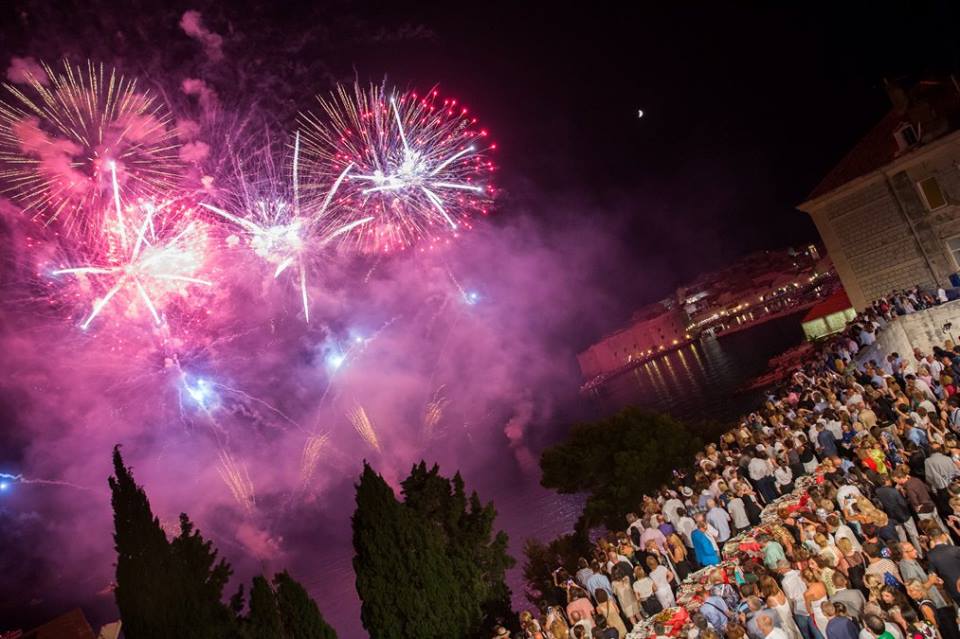 One of the biggest cultural events in Croatia, the 67th Dubrovnik Summer Festival, was officially opened on Sunday night with the raising of the Libertas flag on Orlando’s Column in Dubrovnik…

The official opening ceremony also saw performances by folklore, theatre, dance and ballet companies, with the music coming courtesy of the Croatian Radio and Television Symphony Orchestra, the Dubrovnik Chamber Choir and the Libertas Choir.

More than 2,000 artists from all over the world will take part this year over 47 festival days (10 July – 25 August 2016) in more than 70 theatrical, musical, operatic, ballet and folklore events in around 20 Dubrovnik site-specific venues. Over 70,000 local and international visitors are expected to watch performances this year.

The Dubrovnik Summer Festival will mark the 400th anniversary of the death of William Shakespeare with its production of Othello, translated by Vladimir Gerić and directed by Ivica Boban. The premiere at Lovrjenac Fort will take place on 20 August.

The raising of the Libertas flag on Orlando’s Column (photo: Dubrovnik Summer Festival)

This year’s programme also includes repeat performances of Ivo Vojnović’s Dubrovnik Trilogy, directed by Staša Zurovac, and a number of guest performances: a ZKM Theatre production of Jazmín Sequeira’s and Luciano Delprato’s play #workingtitleantigone directed by Renata Carola Gatica, portraying the city of Thebes shaken by a terrorist attack and the young and rebellious internet activist Antigone determined to unmask the conspiracy hiding behind this tragedy.

Check out the full programme on the official festival website.