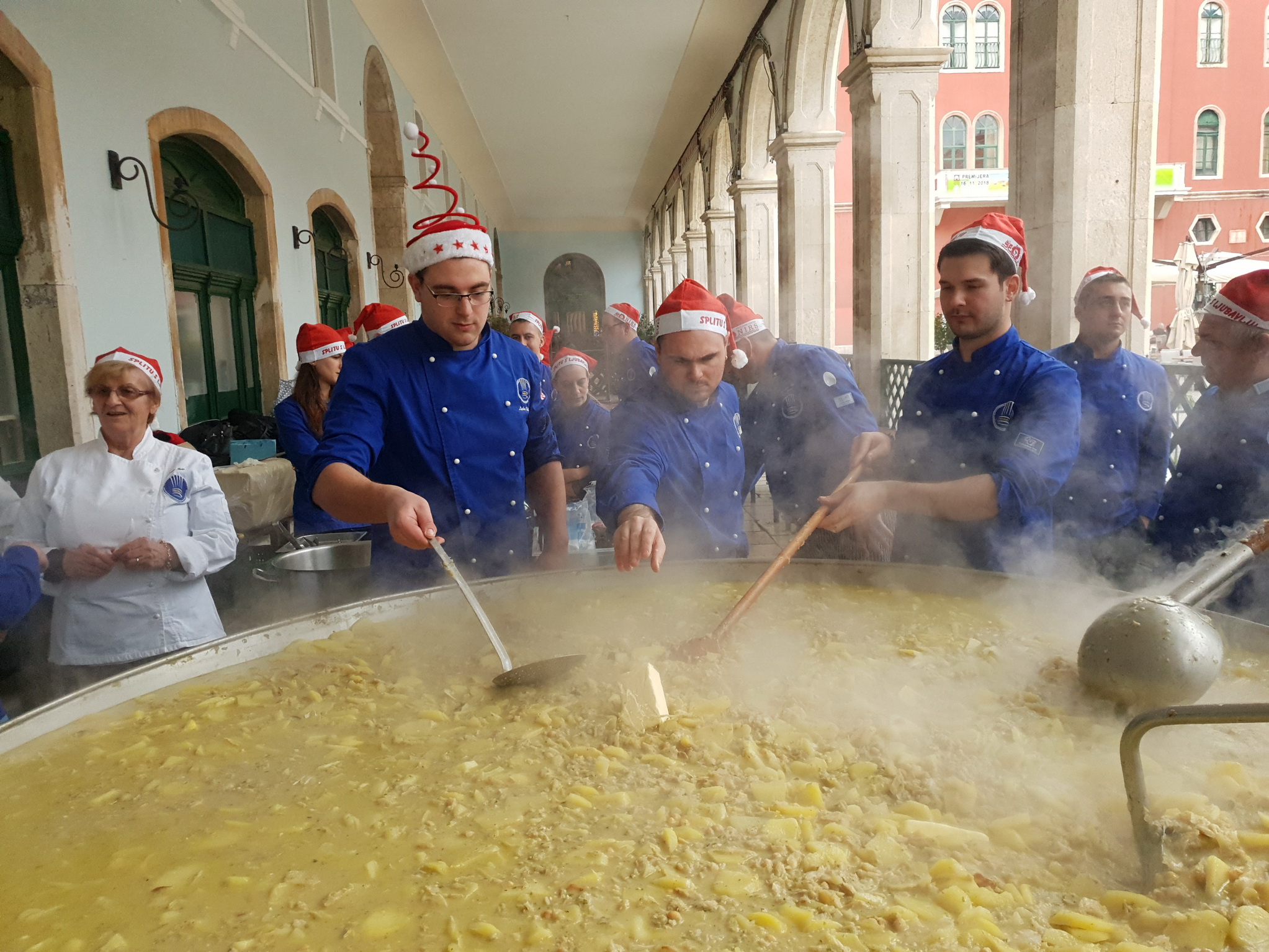 SPLIT, 24 December 2019 – Thousands of portions of bakalar (dried cod)  have been served for free in cities across Croatia in what has become a traditional Christmas Eve gesture.

More than 5,000 portions of bakalar has been dished out to hundreds of people on Prokurativa in Split on Tuesday, whilst more than 4,000 portions were served in Rijeka and 1,000 portions in Sibenik in front of the city’s theatre. Meanwhile in towns across Slavonia, fiš paprikaš was cooked and served to locals for free on Christmas Eve. 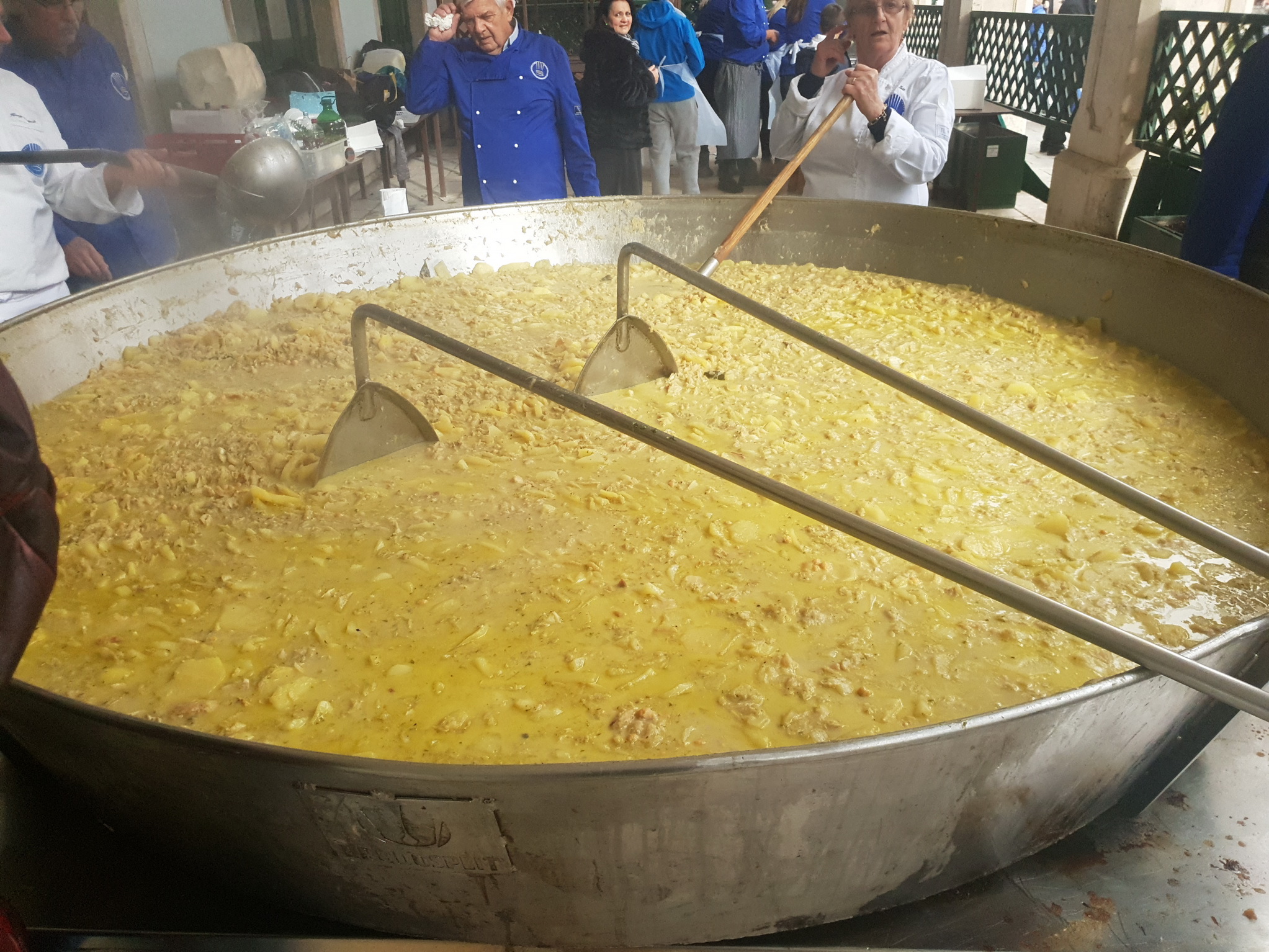 As well as bakalar, hundreds of fritule and litres of mulled wine was also served in Sibenik.

In Split, the bakalar was prepared by the Association of Chefs from Mediterranean and European Regions (SKMER) as part of the ‘To Split with Love’ event. 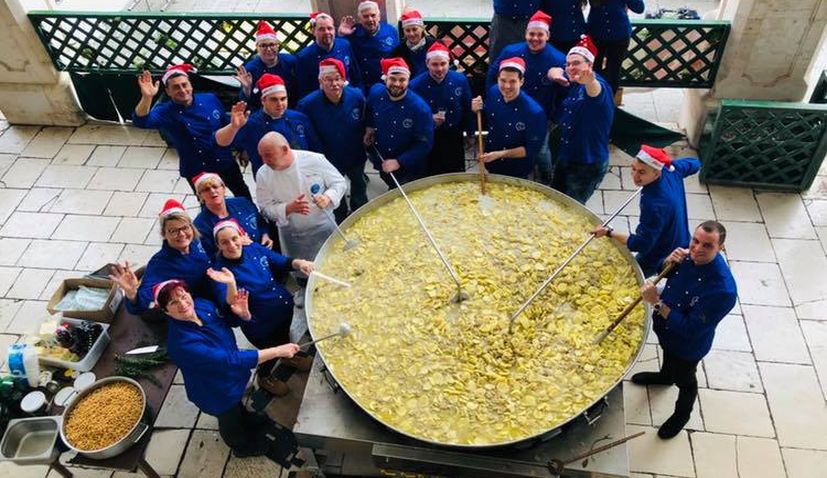 Around 40 chefs used 200 kg of bakalar, 500 kg of potatoes, 250 kg of onions, 40 litres of olive oil and 5 kilos of garlic and parsley to make the gigantic dish which was served with the helped of more than 100 volunteers.