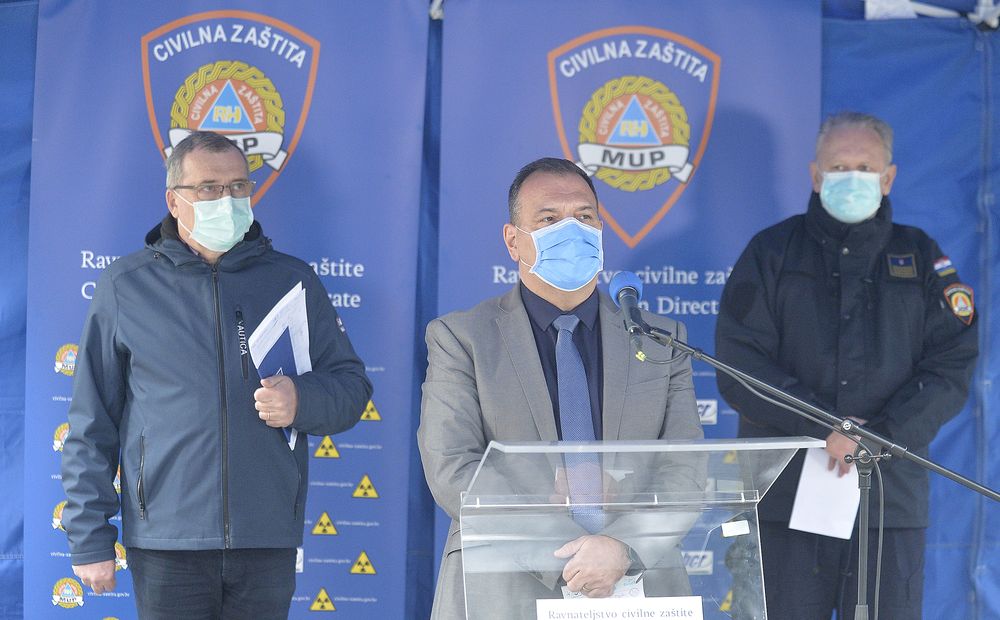 “Although this figure seems high at first glance, we are nevertheless satisfied because it is lower than we expected,” Health Minister Vili Beros told a press conference in Zagreb.

A total of 3,013 people have been tested, and the condition of one patient has deteriorated, so that  six are on ventilators now. They are in a stable condition and are likely to recover, the minister said.

“These are good results, but we can and must do better. Intergenerational solidarity is of paramount importance, according to guidance from the civil protection authority,” Beros said.

The head of the Croatian Public Health Institute, Krunoslav Capak said that the number of people infected with the disease is increasing but not as fast as in some other countries.

“I think that we introduced tighter measures on time. When we saw that it was necessary to stop contacts in the street, we introduced a restriction on movement. That was done on time when we had 300 patients. However, the effects of these measures will be visible in 5 to 6 days,” said Capak.

He added that epidemiological services were currently monitoring 1,290 contacts with confirmed positive cases.

Ban on leaving place of residence as of today, except in exceptional circumstances

The head of the national civil protection authority, Interior Minister Davor Bozinovic, appealed to citizens to not allow children out in the snow that is falling the country. The main message is “stay at home” until further notice, he underscored.

He said that as of midnight a ban on leaving one’s place of residence entered into force and that the police were monitoring people’s movement.

Citizens who are exempt of that ban need to request a pass from their local civil protection authority via email.

These measures are not popular but there are decisions that are even less popular that are being considered and will be introduced if needed, he added.

Freight transport is functioning very well and supplies are continuing, said Bozinovic and commended the police for doing a great job.

“We have ordered quarantine until their next trip and have isolated them from their families too. That leaves them the opportunity to continue with their jobs,” he underscored.

There have been 3,000 reports of self-isolation violations and in 1,000 cases the police confirmed breaches.