Three former Wimbledon winners will be part of the exhibition matches at the Croatia Open this year in Umag.

1987 winner Pat Cash, 1996 winner Richard Krajicek and 2001 winner Goran Ivanišević will be part of the exhibition matches at this year’s tournament which will be held in Umag from 14-23 July 2017.

A number of legends have been involved in the tournament over the past years, including Thomas Muster, Henri Leconte, Mansour Bahrami, Carlos Moya, Magnus Norman and Andre Agassi.

This year the tournament organisers have prepared a number of surprises the tournament as well. Umag tournament’s great friend and 2001 Wimbledon champion, Goran Ivanišević, will play against Pat Cash and Richard Krajicek.

The charismatic Australian, Cash, is the 1987 Wimbledon champion and many remember him not only for that particular final, but also his legendary black and white checked headband. He has continued his professional career in the world of tennis and is today a prominent commentator.

Dutchman Krajicek, won Wimbledon in 1996, thus ending Sampras’ reign at the All-England Club, is one of the best servers of all time and many remember him for his memorable matches against Ivanišević, particularly the 1998 Wimbledon semifinals, which Goran won by beating Krajicek 15-13 in the fifth set.

The legends will be joined on court by the American rapper, DJ and producer, as well as former member of the musical duo LMFAO, Redfoo, who is also a passionate amateur tennis player. 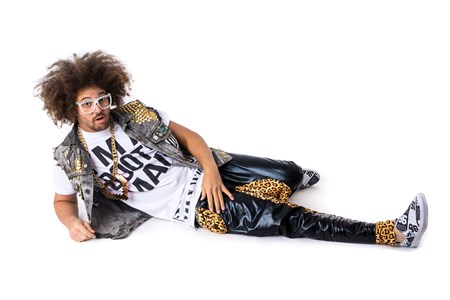 Following the exhibition match, Redfoo will perform at the Dance Arena, turning it into an epicenter of entertainment and great music and delivering what he calls his mission – helping everyone have a great time.

Apart from the exciting exhibition match and Redfoo’s performance, the visitors of Croatia Open Umag can look forward to interesting tennis matches, great music and the unavoidable gourmet offer that promise to provide a fantastic time and memorable moments at this year’s tournament.