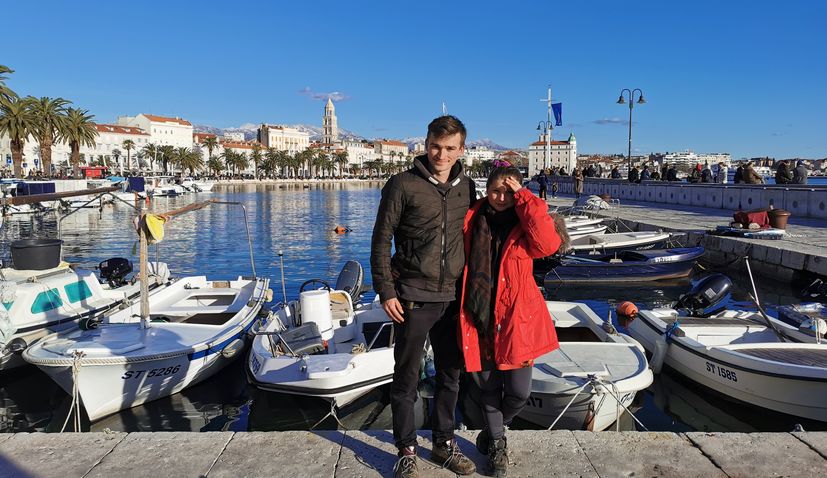 Nico Koch and Krystal Brodie and currently on an adventure travelling the world on €0.

Krystal (21), who is originally from Australia, has been travelling solo since her 18th birthday.

“I started with a one-way ticket to New Zealand without much more than a backpack and an few dollars in my bank account. There I learned the ways of a wanderer surviving with very little. In NZ I worked and traveled around the country to earn money to do a trip in Europe, where I have been since September 2019,” she explained.

“My stay in Europe should be over already but due the COVID situation it got extended a bit, so I’m about to go a different way out of the continent.”

Nico (22), who is from Germany, has a a different back story to that of Krystal.

“My life is totally different from Krystal’s, I lived my whole life in Hamburg, the second biggest city in Germany. I had a stable job for over 5 years, lived alone in a nice apartment, with family and friends nearby. “

Nico says that visiting every country in the world was his goal and that he was working towards it.

“I wanted to see the countries outside of Europe first, and also those the media consider dangerous to make my own judgement based on what I see with my own eyes. Countries like South Sudan, Iraq and El Salvador I have already crossed off from the list with 52 done and three quarters to go. I hope to show people different perspectives and there is no plan to stop anytime soon,” Nico says.

The couple’s first aim is to get from Hamburg in Germany to the Blue Mountains in Australia and on 1 January, amidst the lockdown, they took off on their adventure.

“It would be easy to fly, but we are doing it the harder way and are hitchhiking. The first step it getting through Europe without spending anything before getting to Asia.” 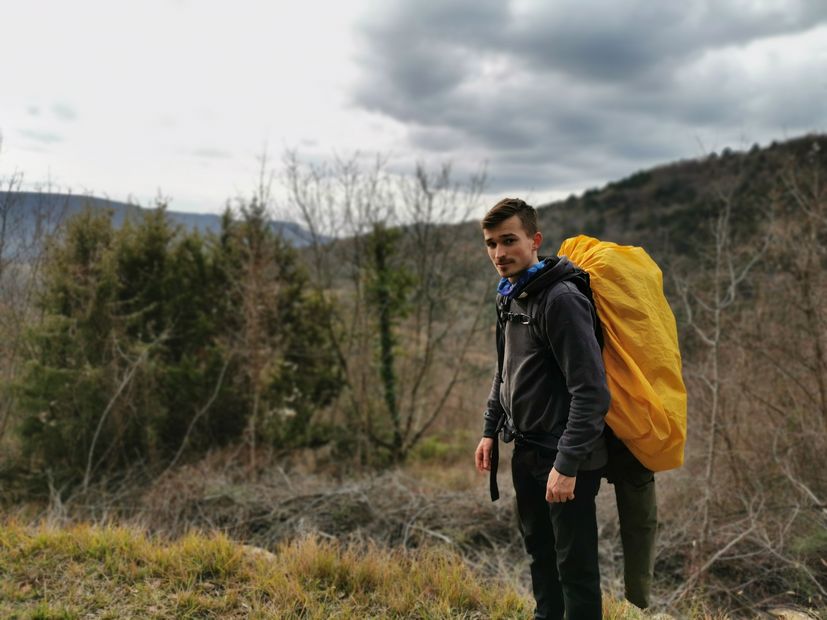 So far, the pair have travelled through Germany, Switzerland, Liechtenstein, Italy, Slovenia, Bosnia and Herzegovina, Montenegro, Albania, Macedonia and Croatia.

“Croatia is a beautiful country with beautiful nature and people. The coast is amazing and it was the first country where we felt the sun, that was great. I can understand why many people are visiting Croatia,” Nico tells us, before elaborating on his two weeks in the country without spending a cent.

“We entered the country from Slovenia and stayed for the first week in Istria. We helped there at a eco house project, so we worked and got food and a accommodation in exchange. After this we wanted to go down the coast but ended up in Zagreb. After this stay there we went down the coast and were in the region of Split and stayed there for a few nights,” Nico says.

In Zagreb, Nico and Krystal managed to stay for free with a family from the Christian community.

“The father of the family was a priest. We got the contact from the guys who took us from Buzet in Istria to Zagreb. The family in Zagreb then helped us find a place to stay in Split. We got hosted there from a member from the Christian community as well,” he said.

Apart from being fed by their hosts, the couple also had other methods to source food.

“We ate a lot of mangos in Croatia, because at one supermarket we found so many of them. We are doing ‘dumpster diving’, this is a method of avoiding food waste. You go to the bins of a supermarket and just take out the food which you would still eat. It is sad how much food gets thrown away, especially in Europe and we want to show that to people. That’s why we share that on our Instagram,” Nico says. 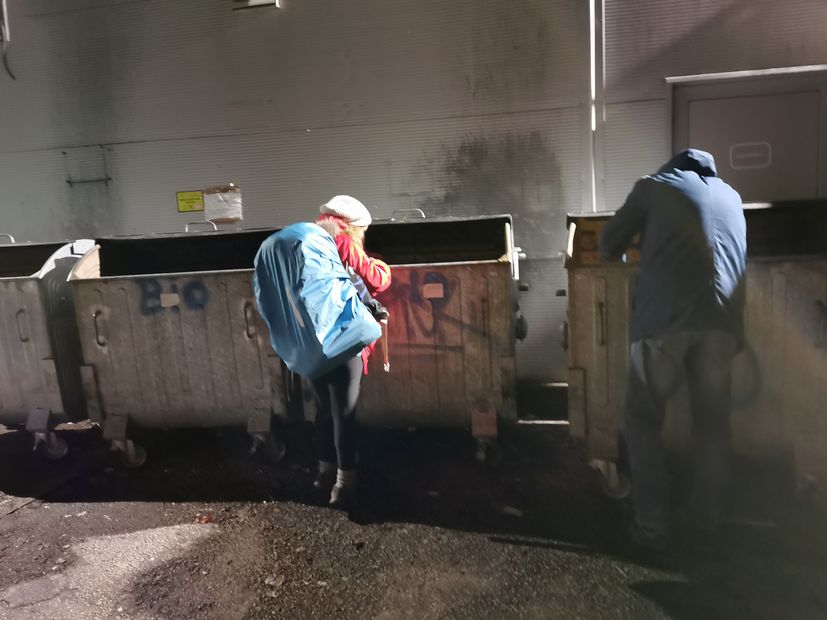 It was not all dumpster diving but.

“We had a pizza party one day at the eco house project where we helped, there were interesting people who were part of it, one author, a chef, a photographer and it was great hearing their stories, also the pizzas were great, we were preparing the firewood ourself and everything which was part of it.”

The couple enjoyed their time in Croatia and said that the people they encountered were extremely friendly and helpful.

“We got offered a place to stay, even got shot car rides, which are also quite helpful when you are hitchhiking because then you can get to a better spot. It was not so easy to communicate in English, it was easier with German, but still there is always a way to understand each other. You can tell when people try to understand you and this we felt in Croatia a lot.”

One place which really impressed the couple in Croatia was the small hilltop town of Motovun in Istria.

“Whilst in Motuvun we joined a small music session, where we saw instruments we never saw before. It was a really interesting. Motovun is super beautiful and we were surrounded by great people.”

Nico and Krystal are currently in Istanbul, 5000km from their starting point.

“We made it out of Europe and in the whole time so far, besides a COVID-19 test, have spent €0. Everyone is able to travel and as we are proving so far, you don’t need money to do it,” Nico concluded.